Nice Moments from Our Senior Campers 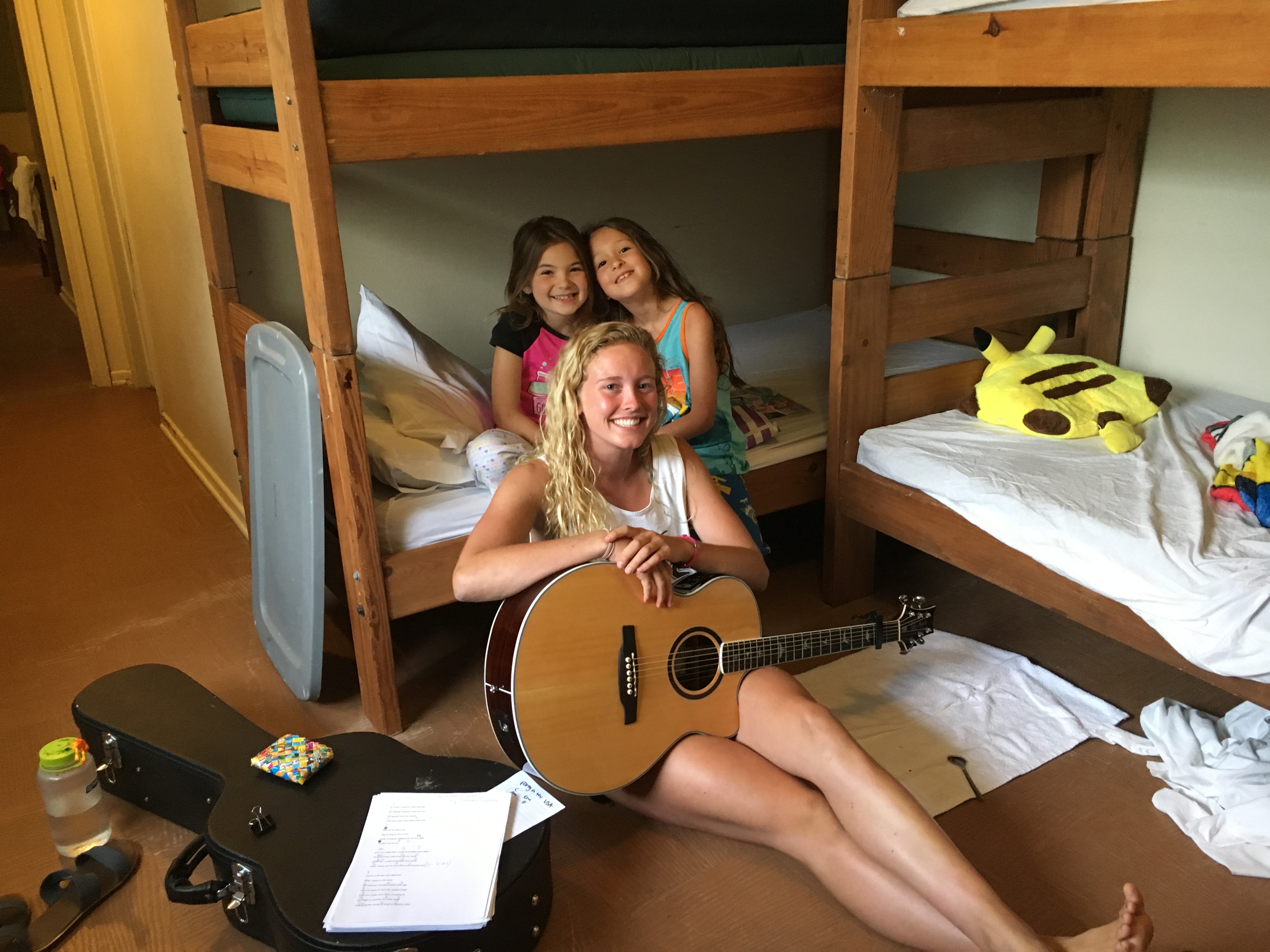 Having shared several stories from our younger campers, I thought you might enjoy reading a little about our Senior Campers ( the campers in our high school leadership program).

First, the Trojan-Spartan canoe race I described yesterday was between Senior Campers. In addition to providing some competitive entertainment to the campers, they also modeled sportsmanship and maximum effort. Before the race, I reminded them that no one will remember years from now who won the race, but they would have hundreds of admiring eyes watching HOW they race. Will they gloat in victory? Will they quit if they clearly cannot win? How will they treat the other team in victory/defeat?

I was delighted to see that the team that won celebrated modestly. The losing side paddled passionately even after the race was over. Upon completion, both teams hopped out of their canoes and congratulated each other.

I was a proud race judge and camp director!

Before the race, Susie Ma’am noticed that the edge of our cove had some trash in it. We were planning to video the race and she did not want the background to look trashy. [Note: one of the blessings of Camp Champions is the fact that the breeze always blows over the lake to us, thus making us 4-8 degrees cooler than the other side. The downside of this breeze is that it blows trash – like Styrofoam and cans – into our cove. I will take that trade-off any day.]

Susie Ma’am approached a group of Senior Campers, “I need your help. The cove has trash that has blown in. We want to video the race and I would hate to have junk in the shot. Also, we . . .”

One of the Senior Campers interrupted her, smiled and said, “No need to explain Susie Ma’am. You had us at ‘I need your help’!”

That really summarizes the spirit of service that this group embodies.

Today, they spent 90 minutes doing highway clean-up. Several years ago, we asked them what service project they might want to do. That group knew that Camp Champions adopts a mile of highway 1431 and that the counselors help clean it during Orientation on Service Day. Since then, it has been a Senior Camper tradition. If the road looks good on the way into camp, you can thank them.

Finally, I want to explain the photo that I include with this blog. As I mentioned in yesterday’s article, the Senior Campers each “adopt” a cabin of younger campers. The 10th graders (those just finishing 10th) adopt 7-9 years olds while the 11th graders adopt 10-12 year-olds.

Yesterday, Susie Ma’am popped into the Ill Eagle’s Nest to check in on a few campers. [Note: our Health Center was named by Nurse Bird, the nurse from 1967. She wanted a bird-themed name, hence “Ill Eagles Nest”.] As she walked in, she heard a guitar coming from the next room.

“That is Gentry Ma’am. Two of her campers were a little under-the-weather and she is using her free time to play the guitar for them.” [Note: both of the campers were released later that day.]

We often think that teens are self-centered or self-absorbed. But here was a 16 year old taking the time to get her guitar and give up her time to cheer up two sweet girls who she had simply met 7 days ago.

That makes me smile and it encourages me that people like her will be someday looking after people like me!