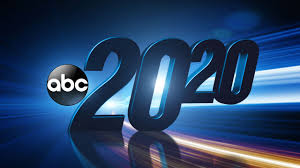 Last week, I got an unexpected email. Here is what it said:

We are in the process of developing an hour-long special episode devoted to the topic of “Digital Addiction” and are reaching out to Camp Champions due to its no-screen policy.

Your director, Steve Baskin, has been especially vocal about no technology in summer camps and I was wondering if it would be possible to speak with him.”

She had seen my TEDx talk (https://www.youtube.com/watch?v=4rI3olRHxP4) and wanted to hear more about the benefits of camp. We made an appointment for a half-hour conversation that would end up lasting a full hour.

I suspect that we will not end up in the story because I think they want to find one or two young people who are highly addicted to digital devices (i.e., children that refuse to go to school because they cannot separate from their devices) and follow them through an intervention. I explained that camp is a powerful tool to avoid digital addiction, but not often a tool for helping children that are deeply addicted.

We, however, did have a great chat.   She asked why I thought camp was so helpful to children. I shared the following thoughts:

The intern accepted that camp could fill the entertainment vacuum of TV or console gaming, but she questioned me on social media, “These teens feel so much pressure to maintain their on-line identity using their phones and computers. How can camp help that?”

I explained that one of the reasons that young people obsess over their image on social media is a deep need for acceptance and belonging. They worry that their “friends” will no longer like what they see and then reject them. We are a very social species. Banishment and isolation are terrifying ideas. As a result, many young people put a staggering amount of time and effort into the maintenance of their online persona.

Camp can act like a vaccination against this digital disease. At camp, cabinmates see the “real” you – devoid of makeup or emojis or carefully crafted comments. You are just you. Your cabinmates know that when you laugh too hard, you snort. They know that your feet can smell very bad. They understand that when you miss your nap, you get cranky.

And they love you and accept you anyway.

So when a camper returns home, he or she has a secondary network of friends that exist independent of social media, but who are also on social media. [Note: some people think I am anti-social media. Actually, I believe it has many great applications. Keeping in touch with camp friends is among them!]

This camper is less likely to obsess over a social media persona because he or she knows that a group of people (the camp friends) will not abandon him or her online. This is powerful insurance and reduces the anxiety associated with online social platforms.

The intern found this all fairly persuasive. To be clear, she was hoping for juicy stories about campers having the DTs or struggling mightily without devices. [The best I could give her was a parent 8 years ago that sewed a phone into a teddy bear. The bear started to ring in front of the counselor, so that was the end of that.]

I suggested that 20/20 conclude their episode with a section on “how to avoid the addiction process in the first place”. For example, if they did a show about weight-induced Type II diabetes, they might end with a segment on healthy diet and exercise.

I believe that camp is the “healthy diet and exercise” that helps young people avoid excessive reliance on their devices. Our campers know that they own technology, technology does not own them.