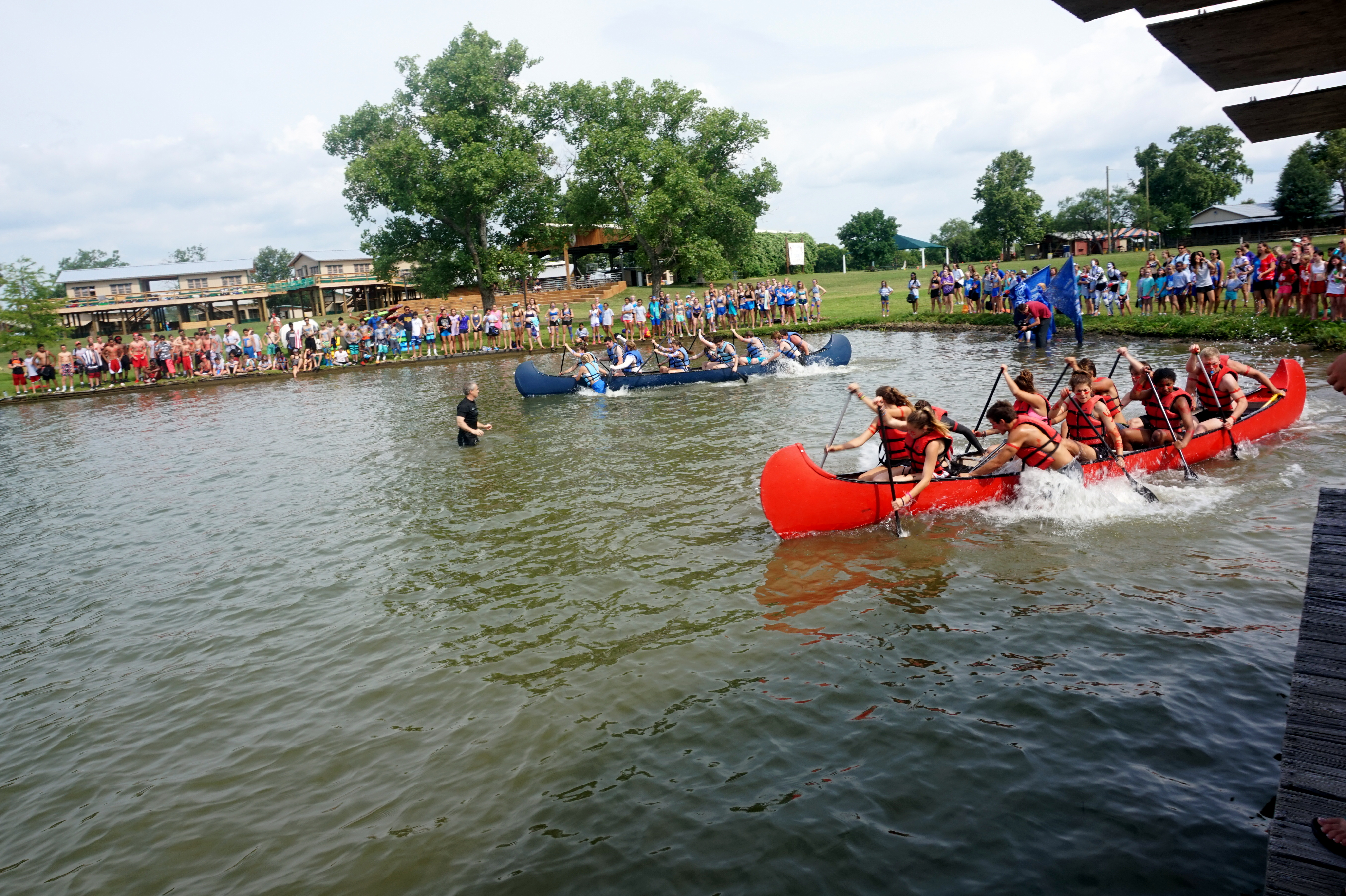 In case you have not fully realized it, “camp reality” differs from your everyday “reality reality”.

Take this picture for example.

You might see a couple of canoes starting a race. One is red and one is blue. Children line the cove and watch while covered in paint. Nothing much else is going on.

Oh, and there is a dude with grey-haired standing in waist-deep water, looking slightly silly.

But your perception would be wrong.

This is the beginning of an epic battle between two great teams: the Trojans and the Spartans. The opening war canoe race features the elders of the teams. The viewers have been cheering and chanting, all painted in the colors of their tribes.

These are the competitions that inspired Homer and Virgil. Achilles, Odysseus and Aeneus have nothing on the warriors pictured here.

OK, you would be right about one thing – there is (in fact) a grey-haired dude looking silly in waist deep water (your humble narrator).

This picture shows one of the aspects of camp that I love. When we do it right, we create a new, interesting reality.

We are not children and young adults who paint themselves with tempera, we are throw-backs to the Hellenic Era.

You may have seen the pictures from our initiation ceremony from Saturday night. We augment the ceremony with tiki torches, majestic music, mythic stories and ritual drums.

We like to tell the counselors that camp can be magic and they get to be the magicians. If they “hold the space” they can make a silly activity (talking about the Trojan war by campfire, covered in paint while illuminated by torches) into a mysterious and wonderful memory. I feel real joy as I see a first-time camper’s eyes light up as he first learns his “fate” as a Spartan or a Trojan. I imagine he feels a little more powerful, a bit more substantive. He feels the fellowship of his team as they accept him into their ranks with a loud, simple cheer. [Note: I attend the boys’ initiation ceremony because I preside over it, but I know that the girls experience the same magic.]

When that happens, I believe that the campers get to keep some of this extra sense of power and fellowship. OK, they do not actually believe they are members of ancient tribes, but the feelings are real. If the ceremony and the competition create a sense of belonging and of capability, then that becomes part of the camper. When the paint gets washed off, the feelings stay.

Now if we could just help the grey-haired wader . . .

PS  I thought this is an awesome picture, so I include it as a bonus. These are the team captains on the girls’ side. 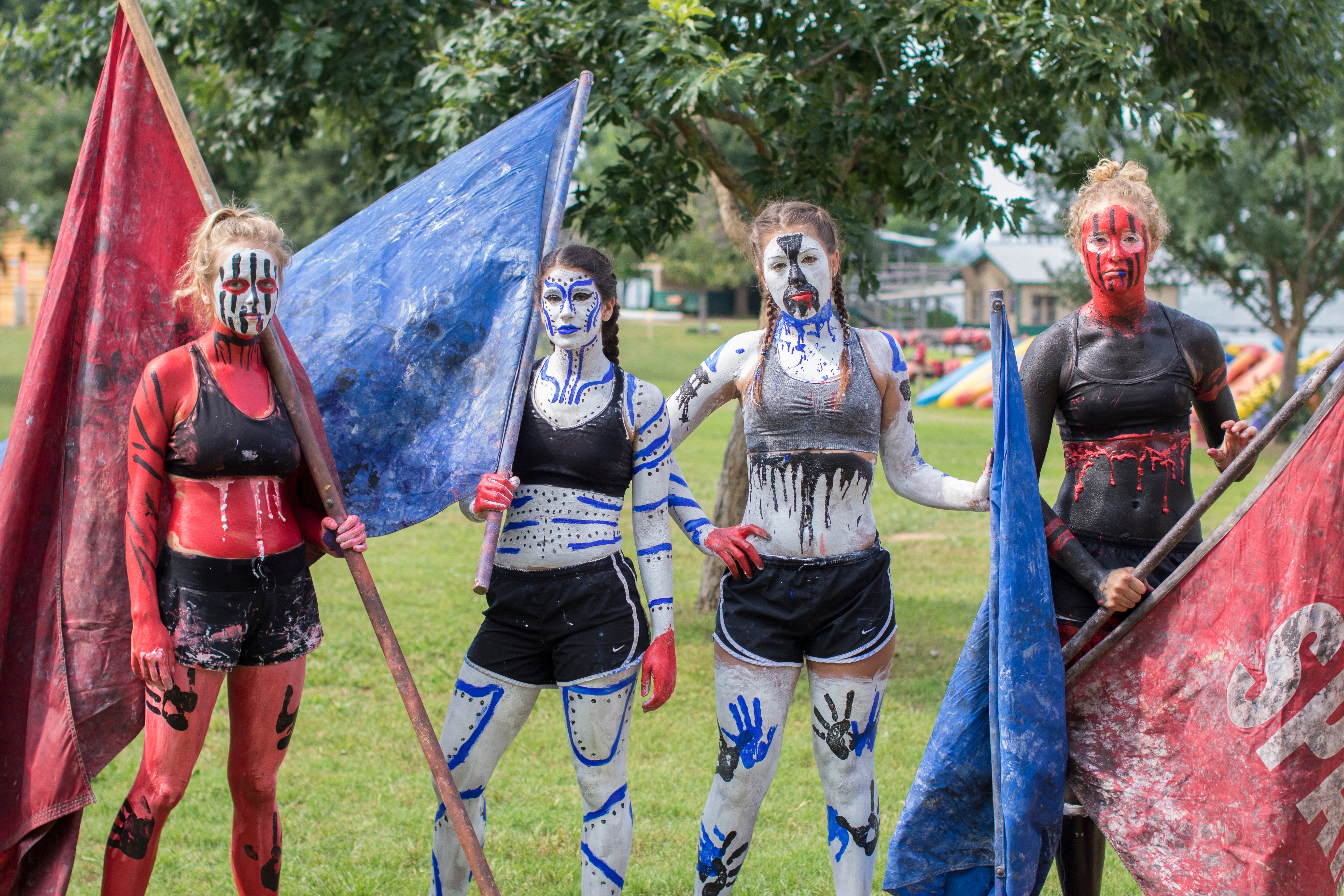