Success in College and a Personal Letter: Part 1 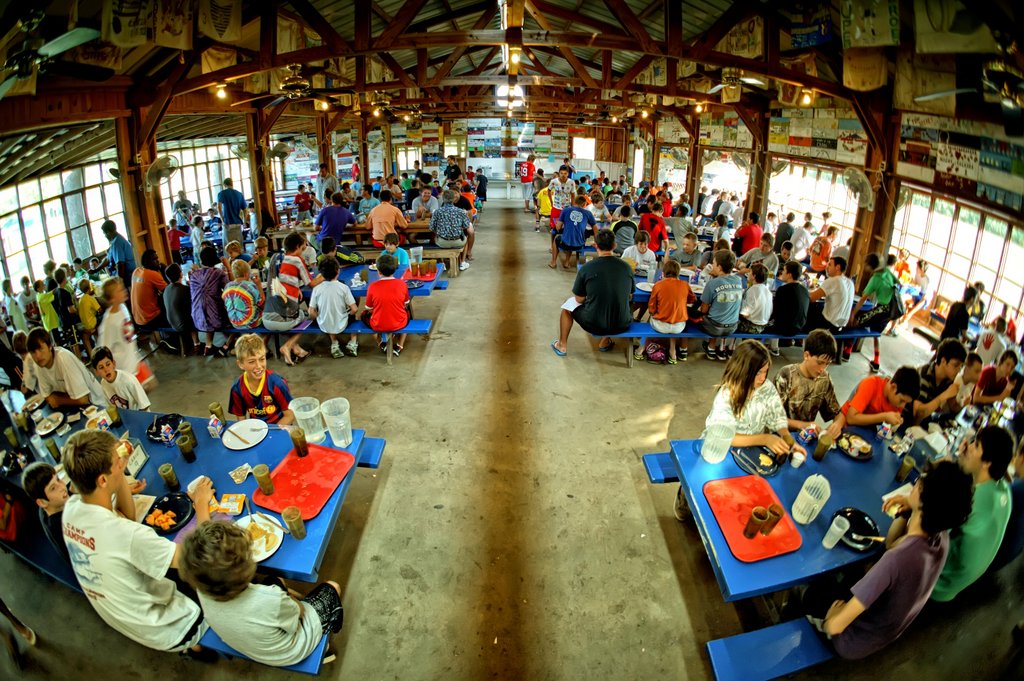 During the second semester of his senior year, I asked my son Liam whether he had a case of “senioritis”.  He responded that he did not like being idle and that high school did not provide the same challenge that it once had.  He even suggested that he would not mind a little more homework (yeah, I gasped too).

With that, I asked him if he would be interested in writing an article about camp.

“How about ‘how camp prepared me for college?”

“I’ll think about it,” was his reply.

Four hours later, he sent me the following article. I’ll split it into two different posts, as it’s quite the letter.

I hope you enjoy it.

“How camp prepared me to leave home and thrive in college.”

My tranquil coast through the second semester of my senior year is only occasionally interrupted by the sickening realization that my decisions are about to truly become my own. As I stand at the exit of secondary education, I wonder how I can translate what I have already experienced in my live to an unknown entity of profound knowledge mixed with stupidity: college. I share many commonalities with the average teen and ask the same kind of questions as I prepare to leave the nest: Can I survive the new level of academia? What about the changing social environment? Roommates? Parental separation? (Although this one is frequently a relished opportunity by many.) What about a sense of identity?

The answer to all those questions I’ve found in summer camp. Now I may be slightly, or more likely grossly, biased towards the benefits of summer camp as the answer. I have lived on one my entire life and have been listening to the gospel of 21st century skills and disruptive moments since I learned what the 21st century actually entails. Despite my bias, camp is still the ultimate summer enrichment and college prep for everything non-academic (and arguably some academia)… and I can prove it.

In order to understand my analysis of college preparedness, one must have a basic understanding of “disruptive moments” and personal narratives. For all those who grasp this concept clearly, or are avid readers of Steve Sir’s works (i.e, http://blog.campchampions.com/disruptive-moments), will probably be familiar with this concept already. Here is a summary.

I vividly remember my first day of high school, but not my thirtieth. All “firsts” are disruptive, putting our brains on full alert and causing us to notice the smallest of details, challenging our beliefs and assumptions. Humans have developed a cognitive system that remembers information better when the scenario is “out of the ordinary.” These episodes are called disruptive moments, and they are profoundly important because they create opportunities that can alter ingrained ideas and personal narratives. These narratives reveal how we view ourselves.

For example, two high schoolers make the same grades, but one sees himself/herself as smart, while the other sees himself/herself as a hard worker. Both yield the same result, but one better translates to higher education. “Being smart” only works up to the point one is challenged to one’s limit. The “smart” student will only search for environments that make him/her feel smart. The hard worker will seek academic challenge and thrive in that environment because that is where he/she believes is best for them. I’ve moved from the former to the latter because of camp. To end my tangent I will share my two most important narratives that came about only because of disruptive moments:

Traditionally, camp has been thought of as an escape from school. While camp provides no formal schooling, aside from Robbie Sir occasionally teaching Rookies (the youngest campers aged 6-9) calculus derivatives in the form of excited chanting, it does help provide a narrative of success. This narrative of success can be seen pretty clearly; children leave with an increased sense of confidence and a belief that they can face challenges. They can experience failure and then re-face the same challenge until they succeed.

There are many other reasons this success narrative is garnered, but I would refer you to some of Steve Sir’s blogs (http://blog.campchampions.com/worry-less-about-college and http://blog.campchampions.com/how-camp-teaches-that-failure-can-lead-to-success, for example) as I cannot explain it adequately or in sufficient words to maintain your attention. What was more important for me was the reference frame.

I’ve been a big fish in the small pond of the prestigious Marble Falls High School, known for its outstanding fishing team. I kid you not, we are known for our anglers and wranglers. While this issue of being a big fish may not occur for those who attend academically proficient high schools, it definitely occurred for me. I needed an experience to show me that the fish tank wasn’t the biggest body of water I might swim in. I have three camps that changed my reference frame: Camp Champions, El Lago Del Bosque, and the Dartmouth Debate Institute.

Champions placed me in an environment full of all different kinds of people. Many of them had something passionate in which they excelled. I may still have been one of the smarter people in any given room, but that didn’t matter because I was trumped in every other comparative skill by someone else. El Lago Del Bosque put me in a similar situation, but with kids from different countries. While Champions has many international campers, they are encouraged to speak English. At this Spanish camp I was additionally put out of my comfort zone because I couldn’t fall back on English. Everyone was in that environment because they wanted to learn as well, so we struggled in solidarity. Dartmouth Debate had the same mentality. The exception there was that almost everyone in the room was smarter than I was, especially in debate. I floundered while better-prepped and more knowledgeable kids ripped me apart.

But that didn’t stop me. I’m not scared to be the dumbest kid in the room, because I’m not the smart kid… I’m the hard working one. All three forced my out of comfort zone; but that was totally O.K. because everyone else who was there entered the environment to do the same. I expect college is the same. Camp pushed me, broke me, made me better… College is simply an extended camp session.

I have no real concern about being a roommate with a stranger; personal space isn’t something I grew up with. I lived in the same room as my twin until I started high school. Each summer I lived with 11 other guys in my cabin. We even had to keep it clean. Look at the room of a teenage boy. Now multiple the size by only 1.5 and the number of people in the room by 12. All those clothes… the smells… how the cabin got so messy in the span of a day before we had to clean it again is beyond me. Nevertheless, roommates will not be my problem.

For some people, the challenge isn’t that one roommate, it’s the mass population of the school. Social interaction strategy changes depending on the number of participants, but camp teaches one how to deal with big and small. First off, big groups is what camp is about. Dance night encourages everyone to interact and gain some social confidence. (Note to any mothers reading this: I believe that two-stepping is an essential element of camp. Your son, even daughter, many not think he/she needs it yet, but it’s really a life skill.) Even if one is a terrible dancer - as many of my close friends are - there is no better place to learn to sell your particular brand of terrible and make it a show stopper.

Another prime example of group interaction is “Yachts or Naught.” The youngest campers are put into groups in which they try to make cardboard boats that the counselors then race. (This event is one of my personal favorites.) As a result, these campers learn to collaborate and problem solve as a team. Group projects and school might seem more substantive, but they are no more effective in honing these important group skills. The goal is to refine interpersonal skills and develop a narrative that one can work with others. But alas you say, what about the smaller interactions. Camp teaches one to be comfortable with a little sprinkle or even a dust storm of quirky/weird/unusual. The best way to learn to connect with people you can’t immediately connect with is PRACTICE. Camp forces one to practice, constantly; at the end of the day the camper leaves better because of it. By the end, each camper will know each other member in the cabin, even if it is someone he or she would not typically have chosen to hang out with. Camp stimulates face-to-face personal interactions. So there it is, throw me in a room with 200 or two, watch me get campy with that social interaction game.