Special Moments Off the Beaten Path 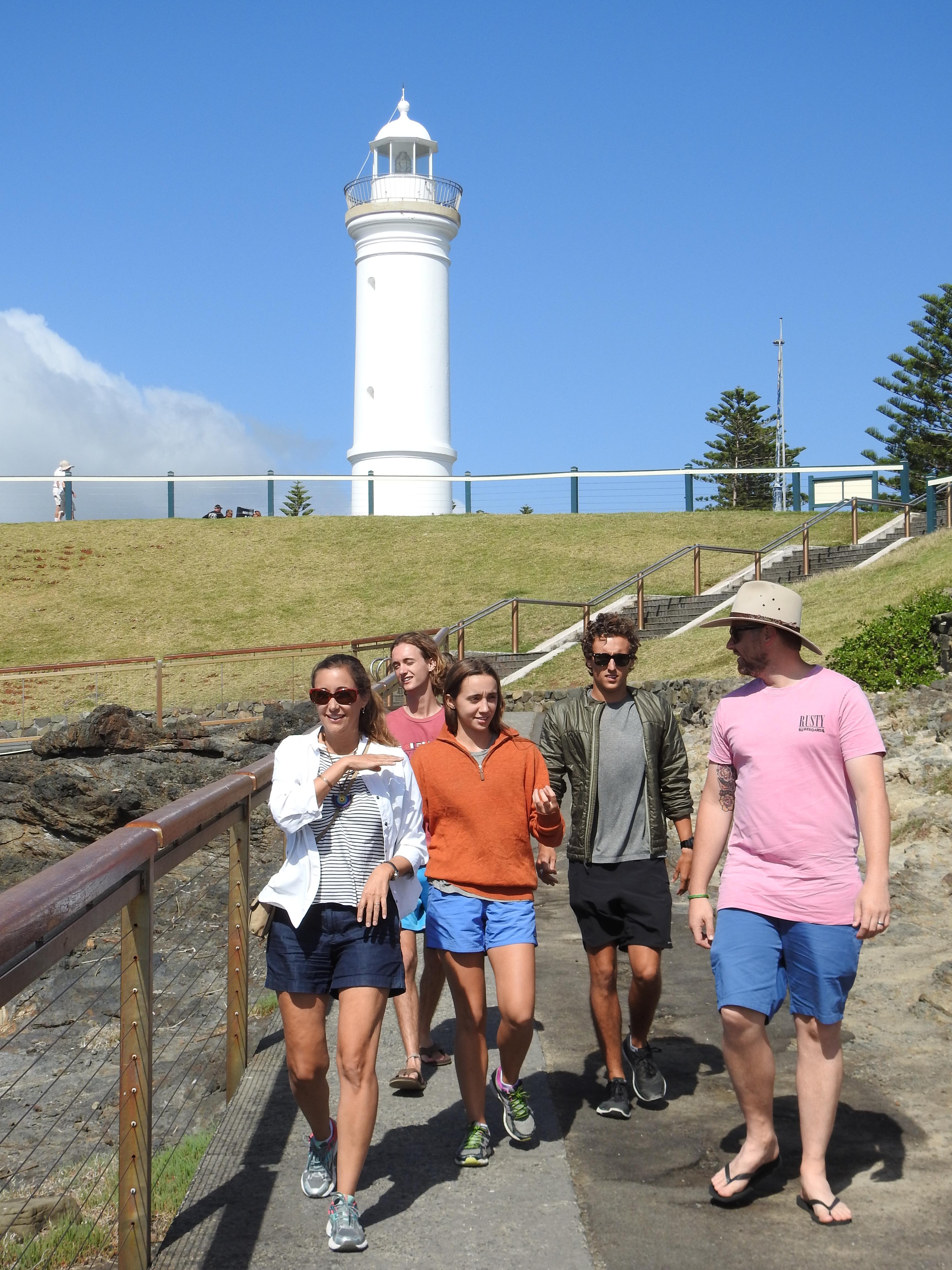 One of the benefits of having authentic Aussie “mates” has been the opportunity to do things that most tourists cannot. Clearly, the day on the boat in Sydney harbor, our time in the Members section of the Sydney Cricket Grounds and our visit to the vineyard are stark examples of that.

But we also enjoyed some subtler experiences that were just as special. Adam DuBois (Doobie) treated us to a tour of places that were special to him. We went south of Sydney to visit a mentor and north of Sydney to get to the vineyard. In between, he stopped to show us sites worth noting.

We saw a blow hole that channeled waves into a column of foamy water with a scenic lighthouse to complete the postcard affect. 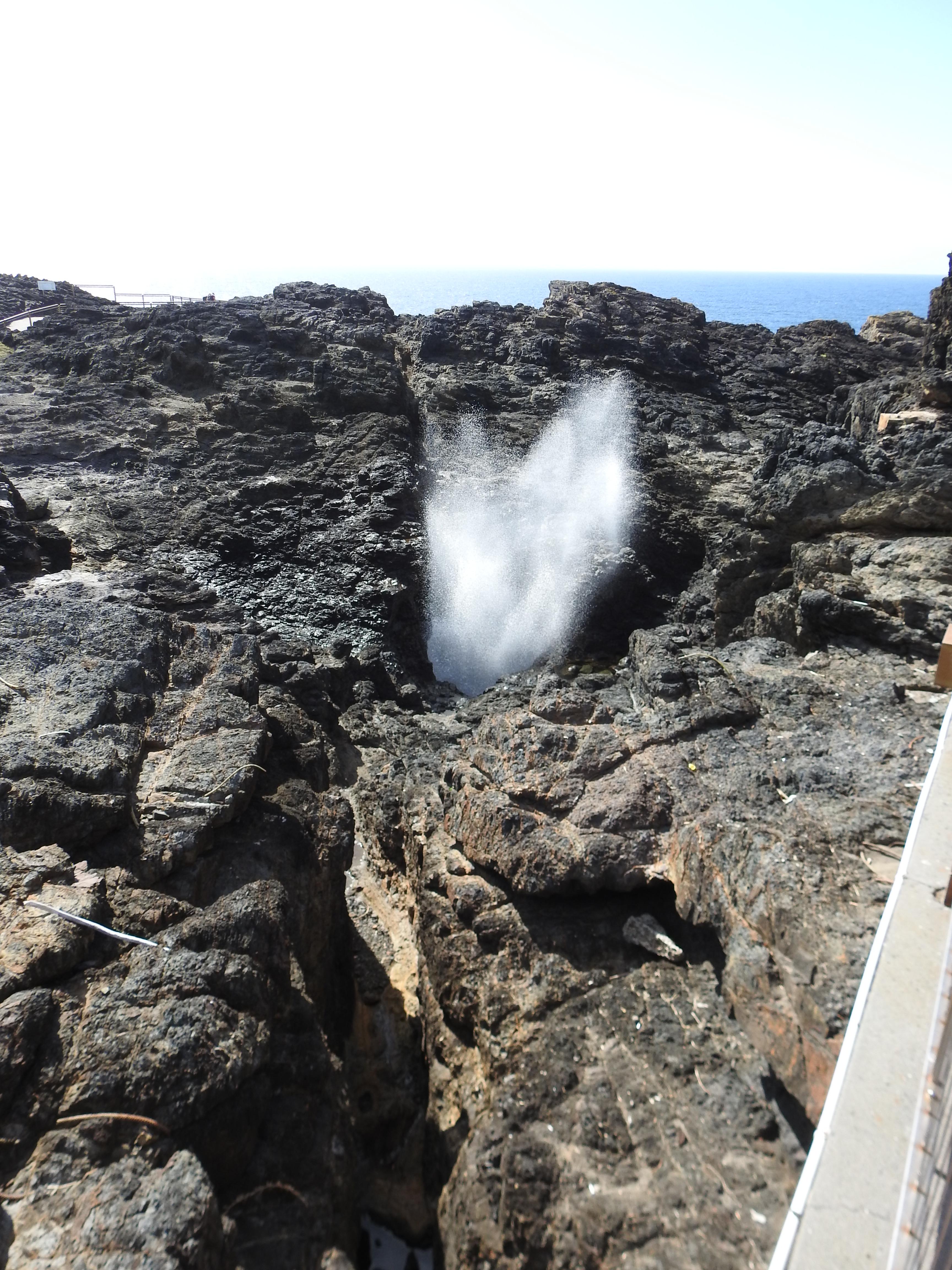 We met a friend who is an epic bike racers (and creator of a bike-selling juggernaut).

He eventually took us to meet his mentor – a legendary teacher from his boys school that led him to be an outdoor education instructor. The teacher, Boylie, is struggling with a serious form of brain cancer. Two and half years ago he was given 3 months to live, but he is still biking and living life large. He reminds me of one of our heroes, Deb Guinn – the head of the Outdoor School at Camp Champions. She is a two-time cancer survivor and is as tough a person as I know.

Boylie is cut from the same cloth as Deb.

He showed us his home (that he built himself, of course), compete with a homemade zipline. 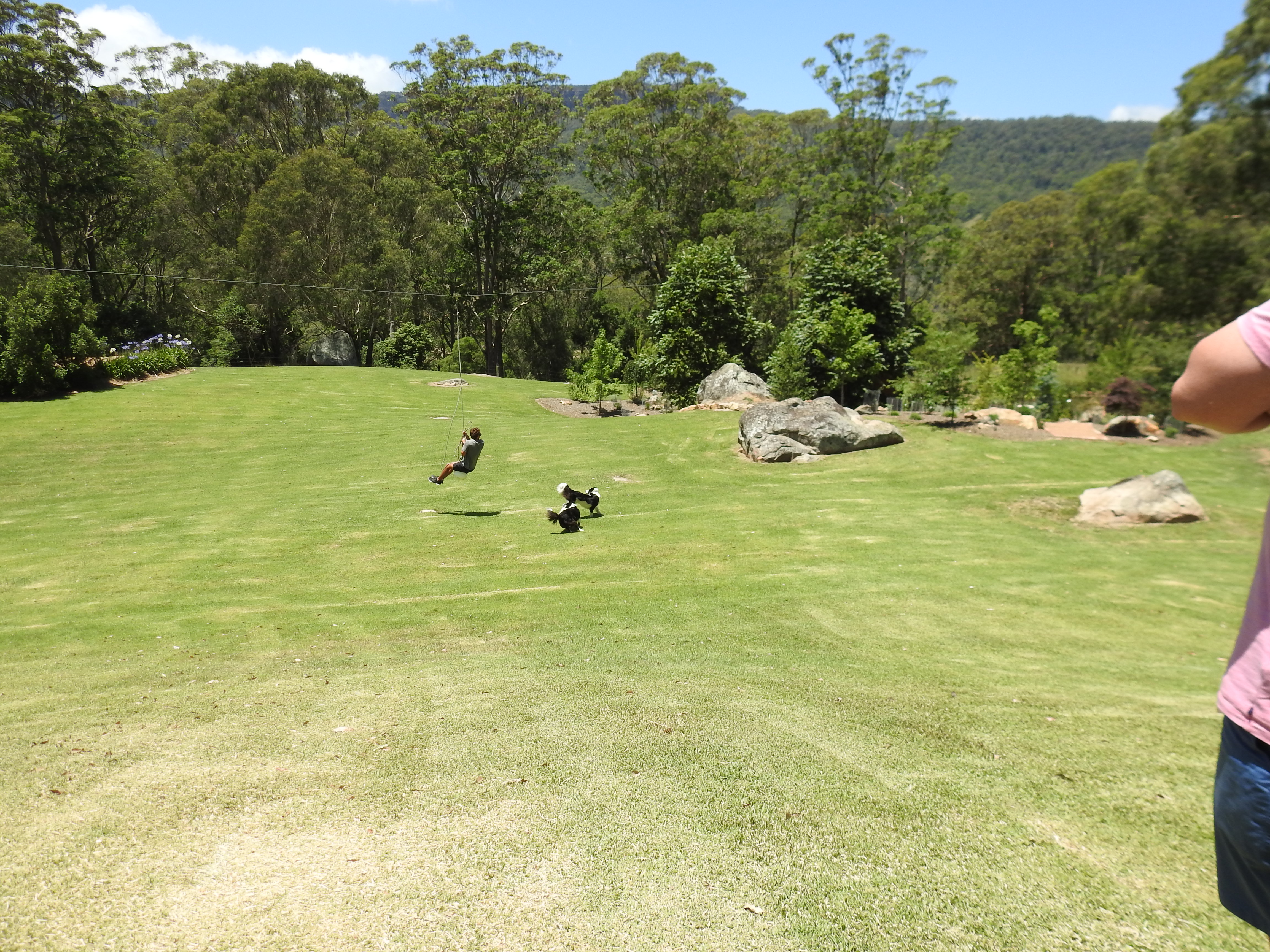 He also took us on a short hike through part of the Southern Highland. 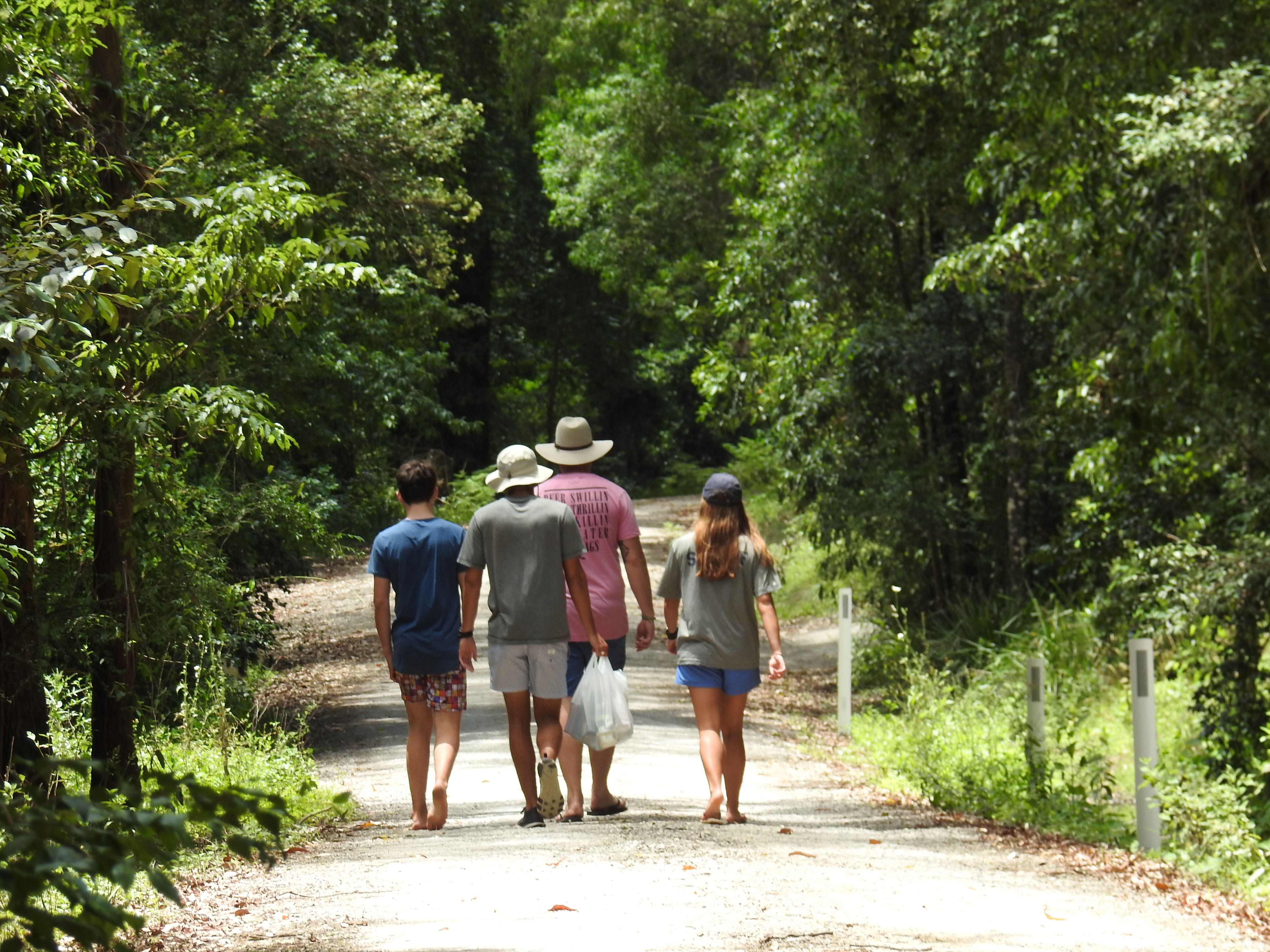 We ended up at a secret swimming hole with a rope swing. 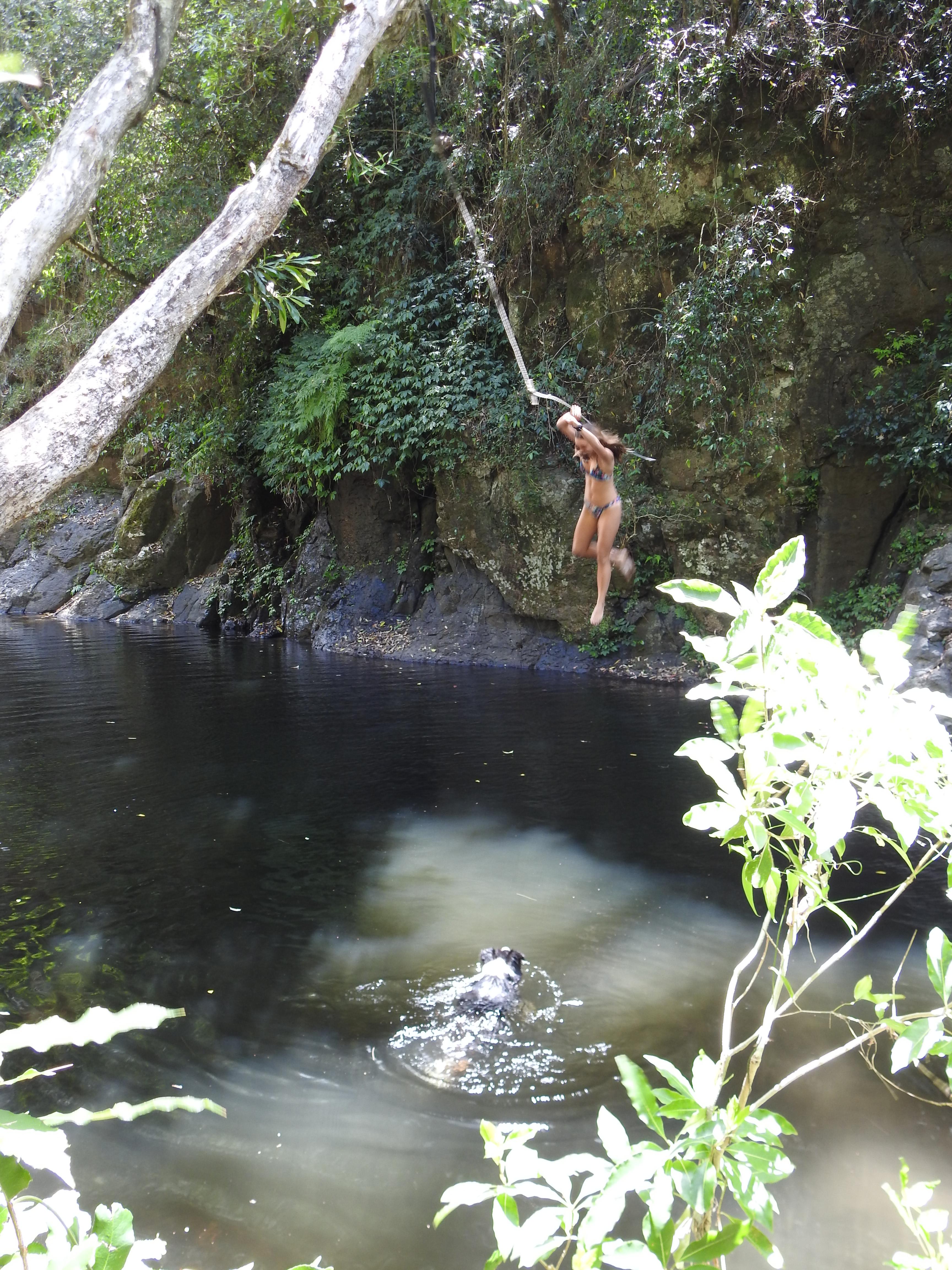 In addition to the 8 of us, his 17 year-old son joined is as well as his two playful sheepdogs. To remind you, we have a dog-loving crew that could not pet any animal in underdeveloped countries, so every dog in Australia has created great delight. These two fellas were as excited to play with us as we were with them.

Susie and Virginia amused these pups for 5 minutes by splashing water into the air and while they (the dogs) tried to catch the water in their mouths. 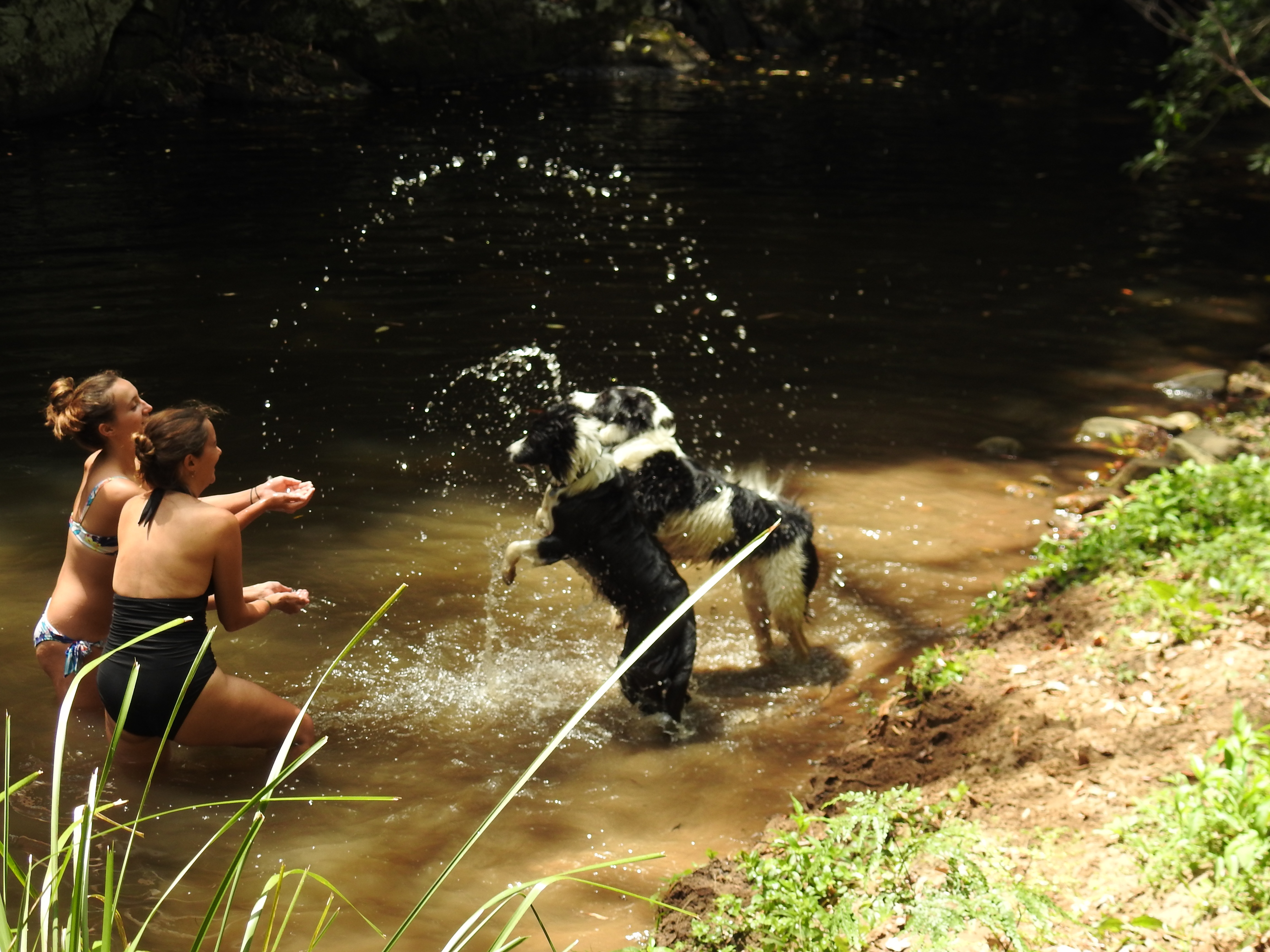 One of the dogs was terrified of a suspension bridge we had to walk across. His mother was OK and tried to encourage him, but we eventually needed to carry him. 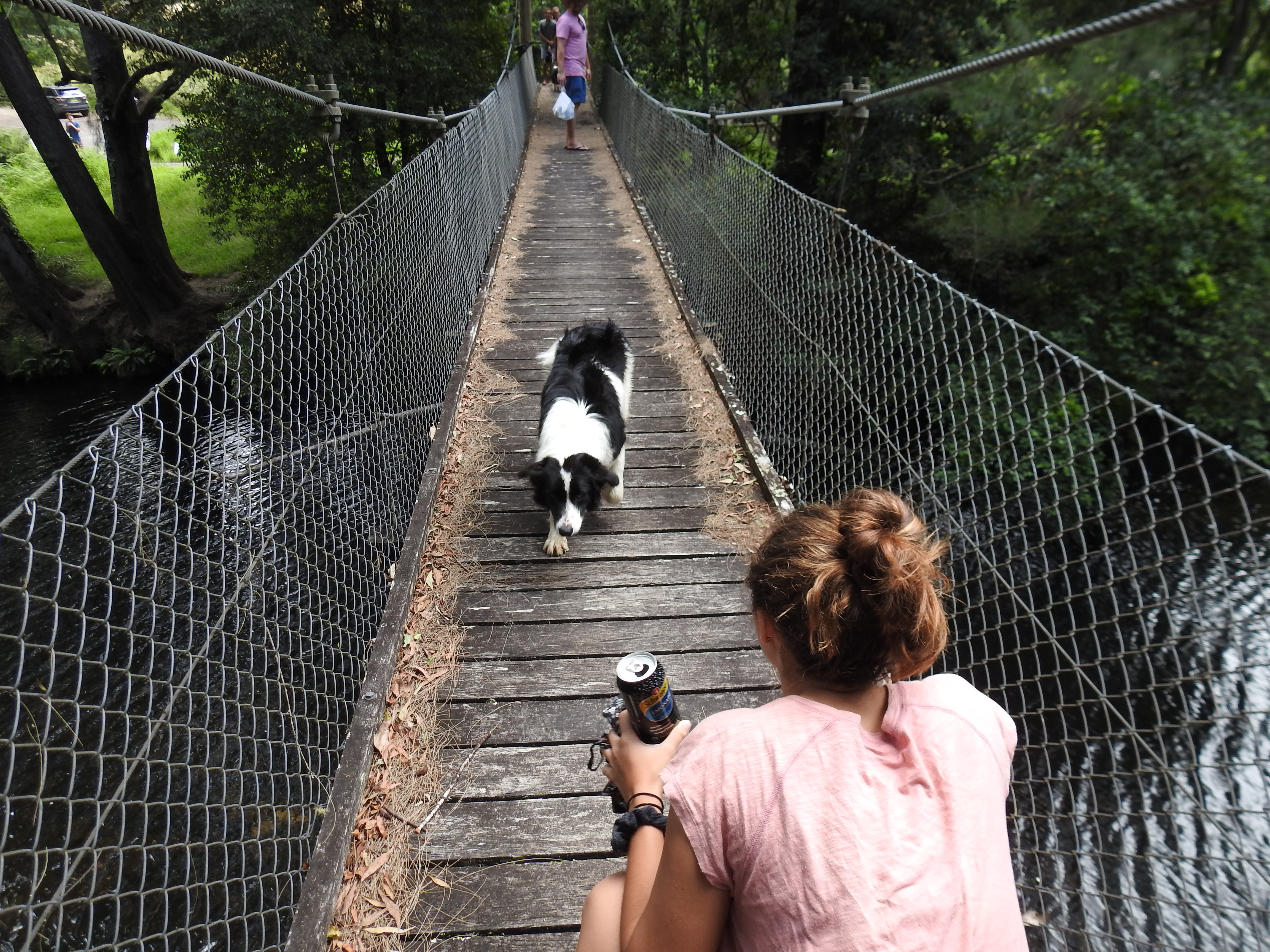 We ended the day in a favorite pub where we chatted happily with our crew and some locals. 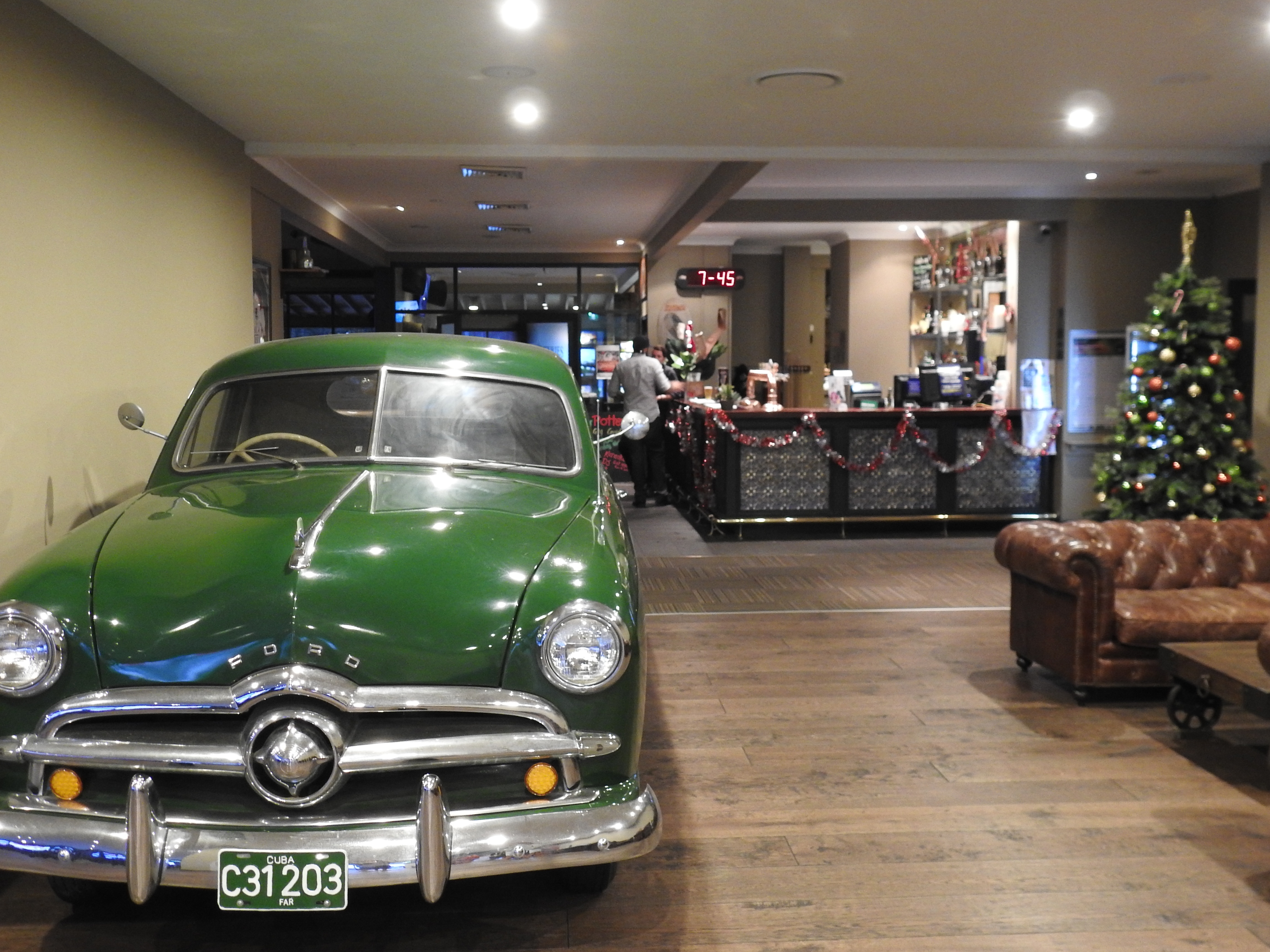 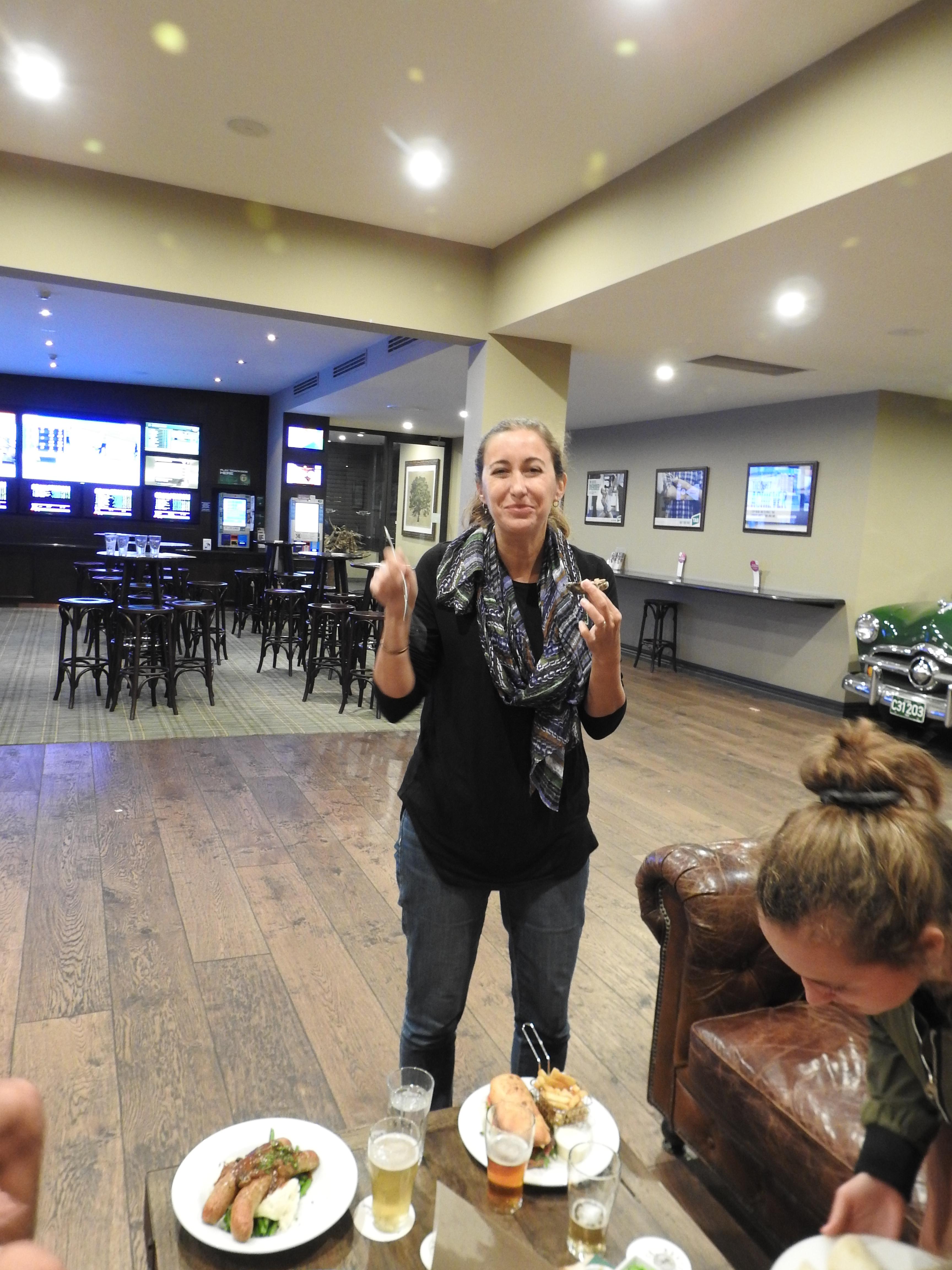 Not all of our friends were in the pub, though.  We took this at the vineyard - those are grape vines behind mother and child. 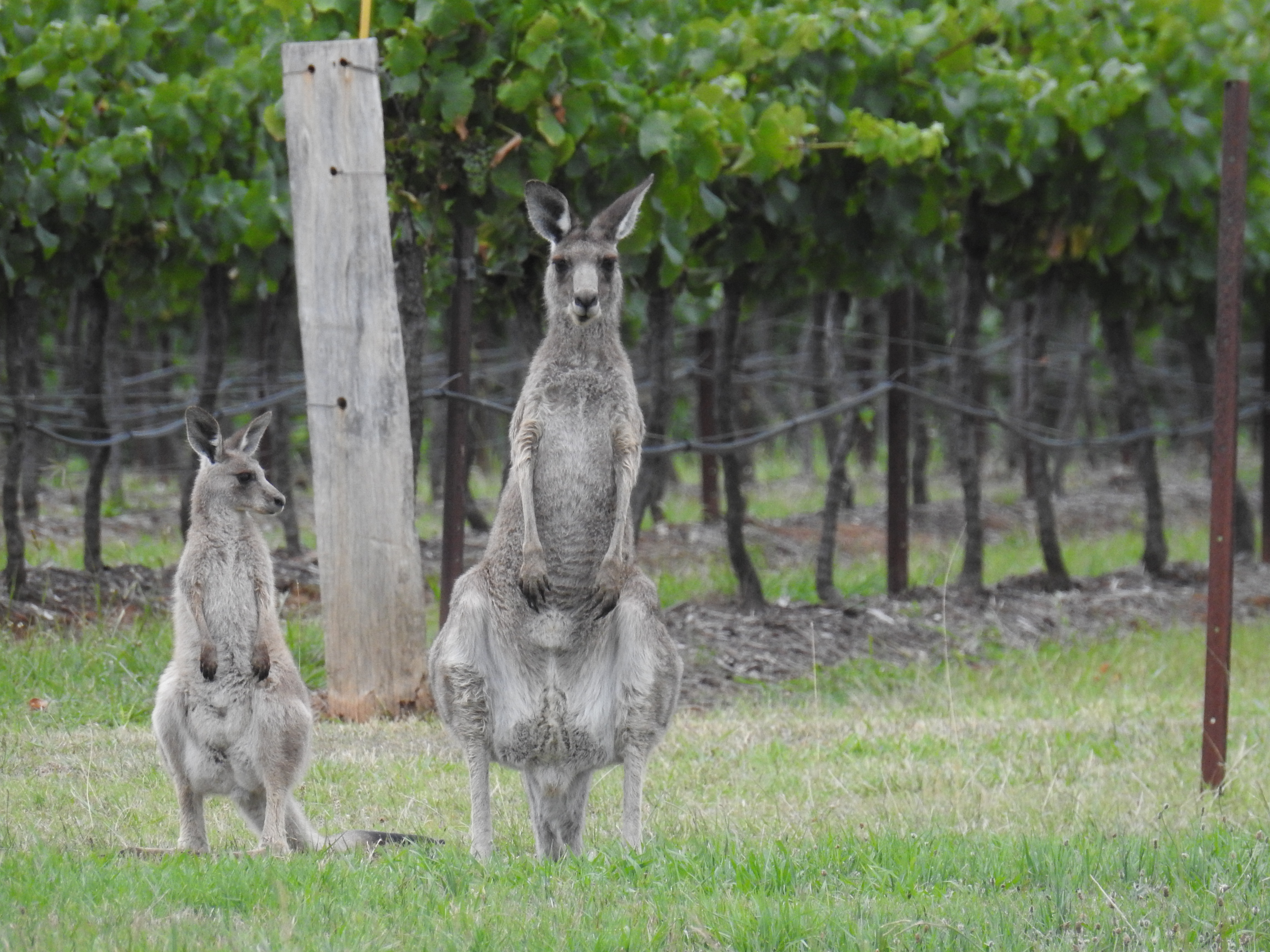 We should appreciate these simple, but rare moments. I know that we did.