Seeing a Blue Flame and Feeling Some Appreciation 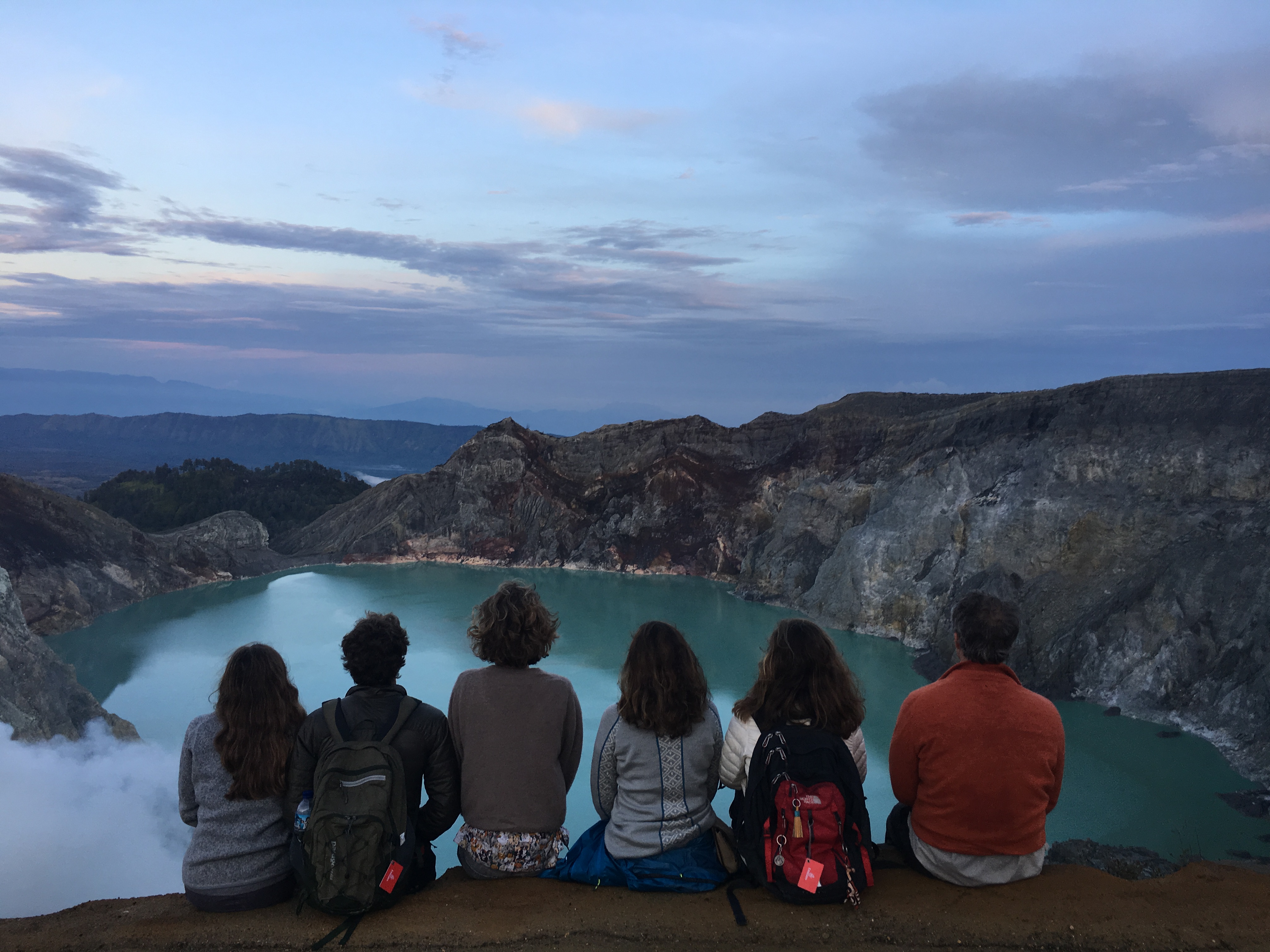 Yesterday’s volcano was a great appetizer. Today, we enjoyed the main course.

Before you get your hopes up, we still did not view lava. If you were among those that felt gypped when you had to read 3 pages to find out that, this is your chance to get out quick.

For the rest of you, I can tell you that we saw something almost as cool (or, more accurately, hot) as lava.

We saw the Blue Flame.  I attempted to edit the video to 14 seconds, but managed to fail.  I would suggest going to 1:00 on the video for the best shots.

According to our guide, there are only two places in the world where blue flame happens naturally, in South Africa and in the Iyju crater in Java. We would be investigating the latter.

It is eerie and beautiful. Unlike anything I have seen in person, it felt like something James Cameron might have envisioned for the Avatar sequel. The flame burns blue because that is what burning sulfur does. If you have ever seen a firework explode into a chrysanthemum of blue, you have seen sulfur at work.

If at this point you are feeling a little jealous that we saw this exotic site, please allow me to provide the additional details that will make you perfectly happy to simply look at the photos and watch the video. 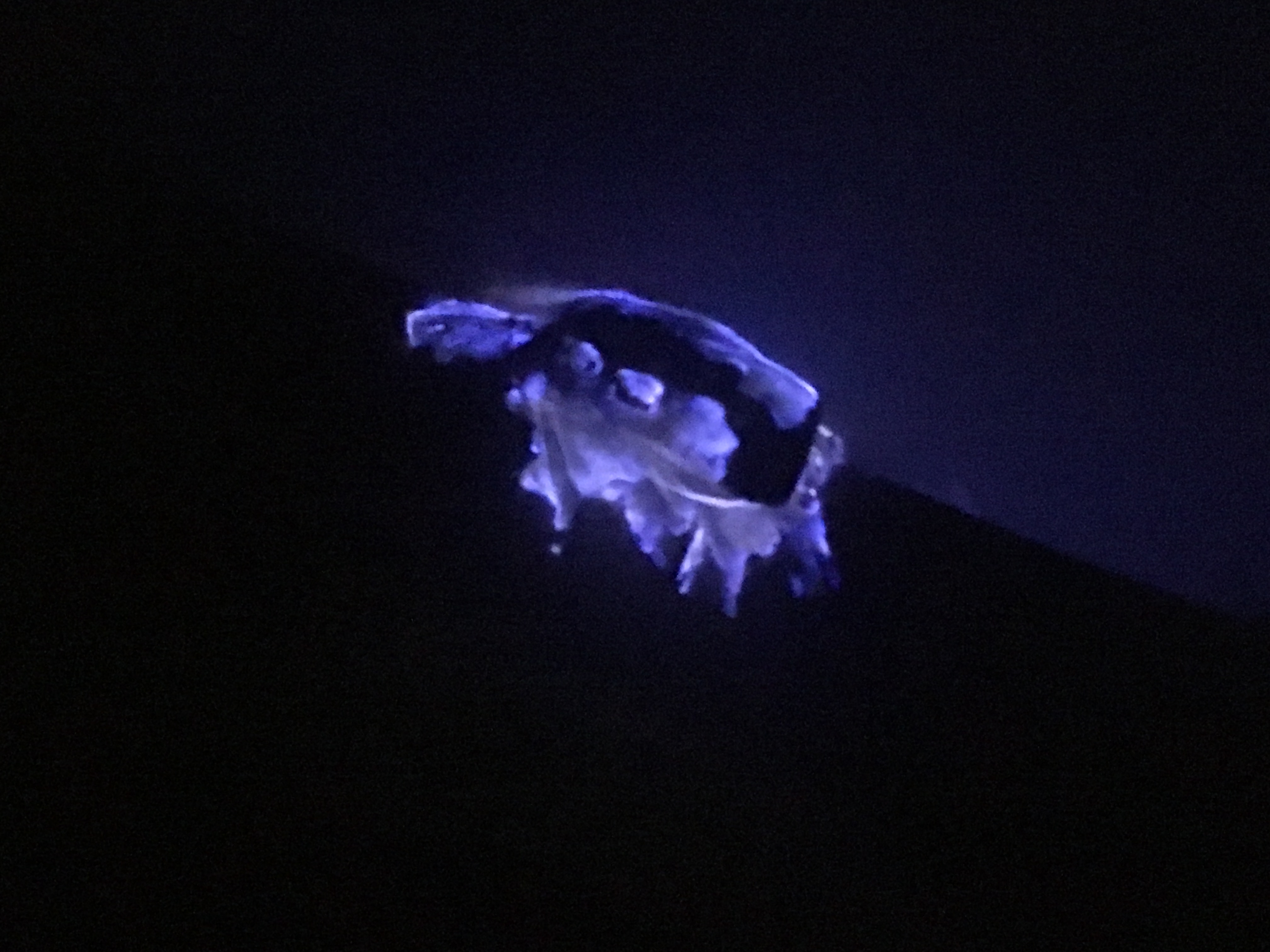 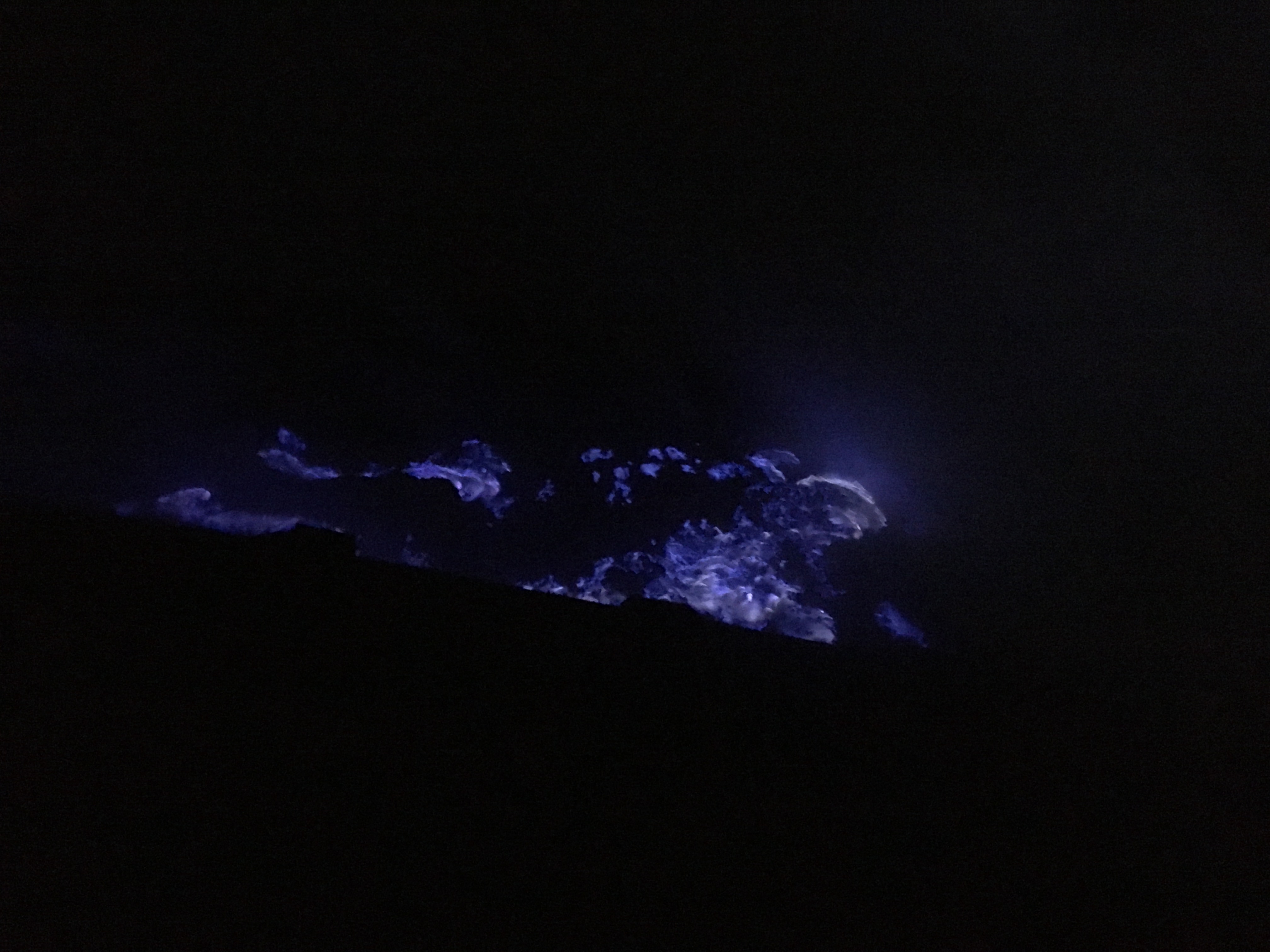 This one (with the tongue of red flame) is my favorite. 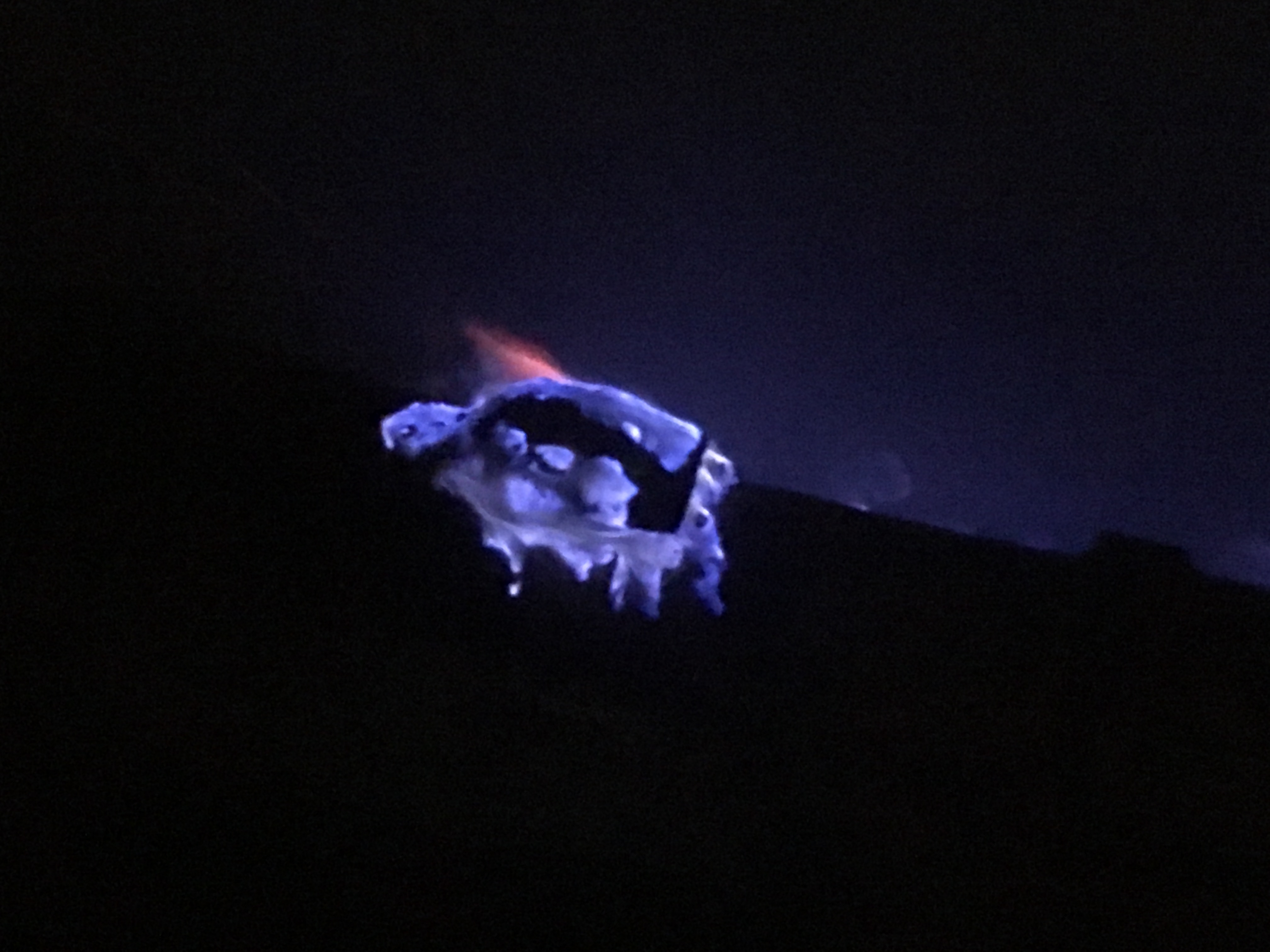 Frankly, I am not quite sure were to start. Rather than provide a detailed, blow-by-blow description of our travails, I will share the challenging aspects in bullet form:

The following photo is noteworthy for two reasons.  First, it shows the sulfur that forms at the points were the gas rises.  Second, it was taken at 5:20 AM.  Yep.  The sun rises early in Bali. 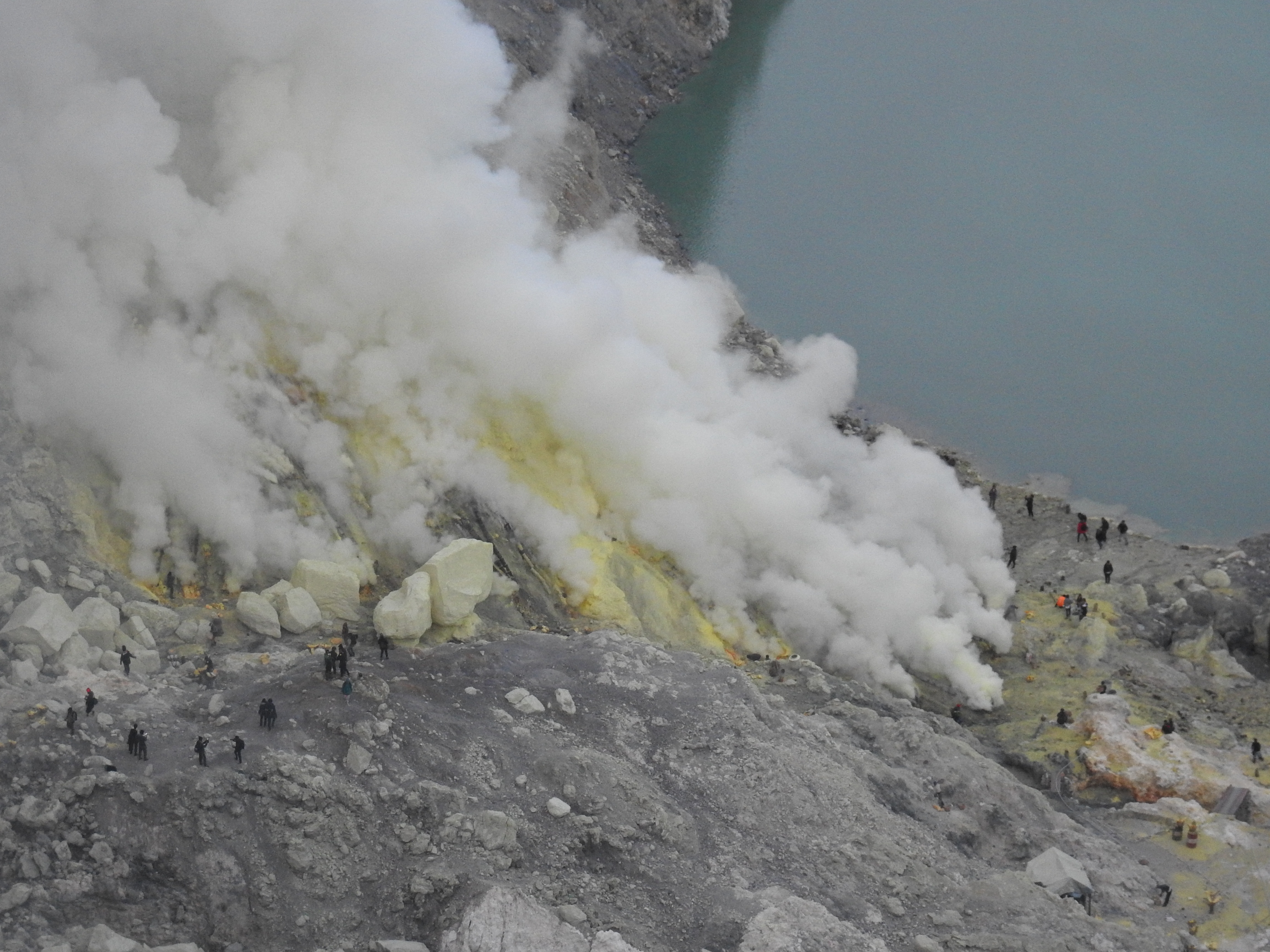 There is one additional challenge that I want to address separately. We tourists and our guides were not the only people in the volcano. We shared it with sulfur miners, a group of the toughest men I have ever seen. They are diminutive – standing 5’2”-5’4” and weighing 120-130 pounds – and often closer to my age than the kids. Allow me to describe the job of the Javanese sulfur miner (back to the bullet points):

I tried my hand at carrying one of these baskets. I did not walk with it at all. I just had it rest and balance on my shoulder for 10-15 seconds. I think of myself as fit, but I cannot imagine doing what these wiry men were doing daily. 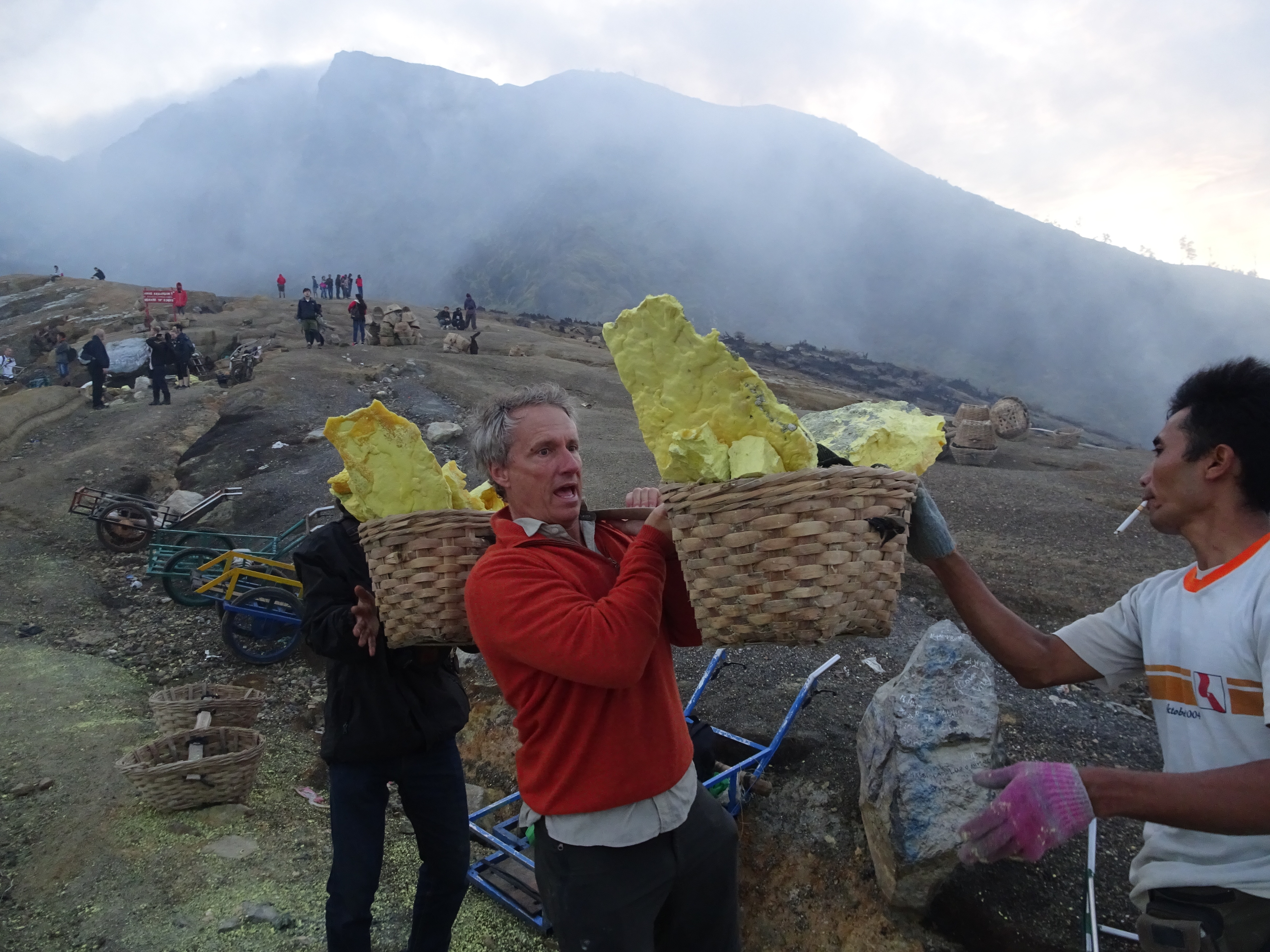 I know there are times we get frustrated in the US. Perhaps we dislike a co-worker or a boss. Maybe some government policies are angering or frustrating us. Maybe we bemoan the results of a sporting event or an election.

But, my dear friends, we are not mining sulfur. We live in a country with substantial opportunities. Certainly there are problems that understandably affect us.

So the next time you encounter a moment of aggravation or frustration, remember the sulfur miner and choose to embrace gratitude.

I plan to and am encouraging the family to as well. I suspect it will help us all . . .