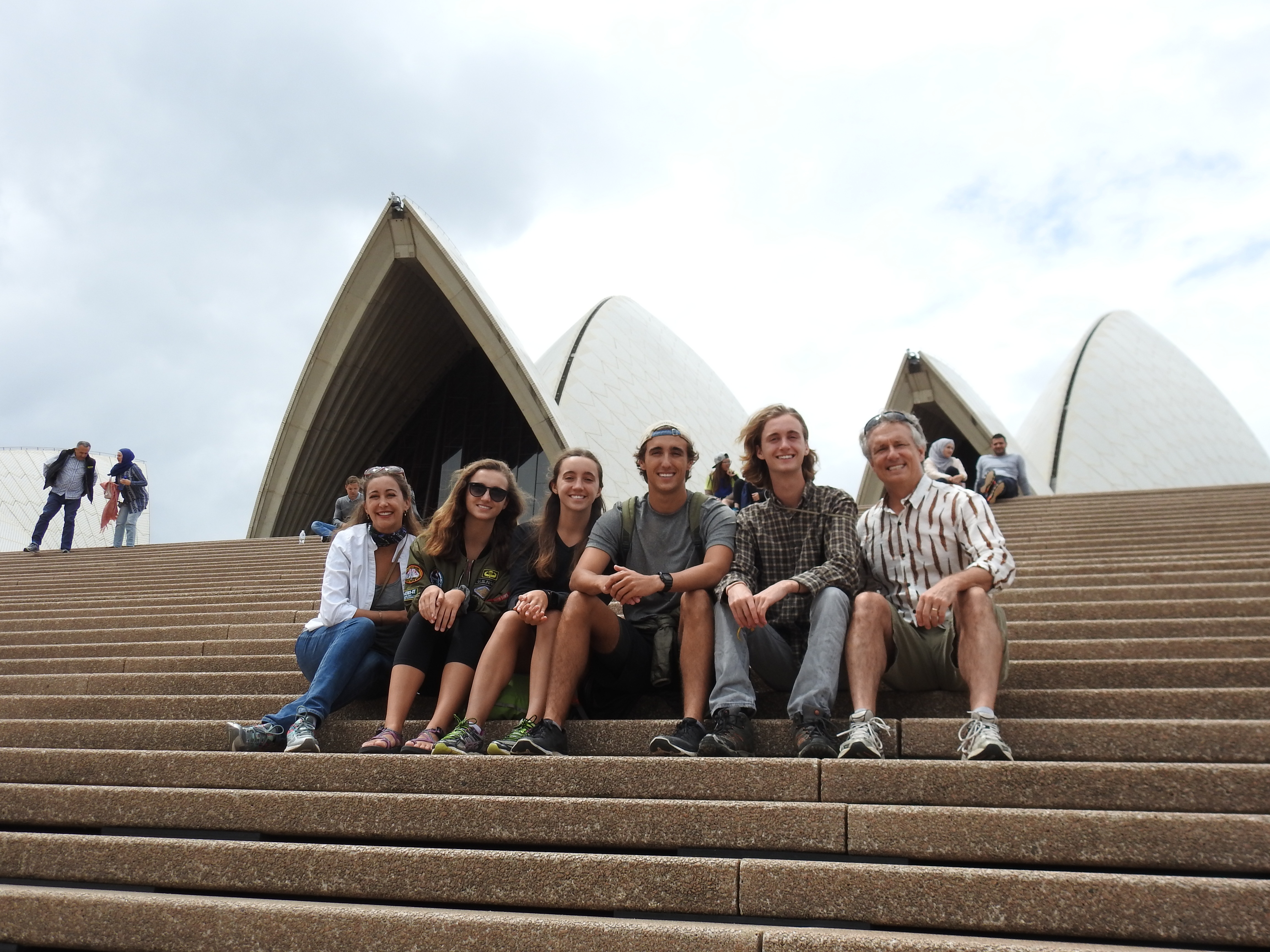 “Texas is the way we Australians like to think of ourselves.”

There are places in the world where being a Texan is a disadvantage. When I worked in New York or studied in Boston, I encountered people who would assume Texans were less intelligent or permanently armed. Friends in California often assume a massive gap in political beliefs.

Almost everywhere, we have a reputation for having a state pride that borders on the extreme. Some find this endearing, but many find it off-putting.

But I can happily report that Australia is one of the places that enthusiastically embraces Texans. Had I known this in advance, I might have worn my cowboy boots and Stetson.

The quote that I started with came from a newfound friend named Kim who is half Fijian and half Australian. He is a clothing designer who makes loud, outlandish designs for jackets, shirts and shorts who is a lifetime friend of Bruiza and the other Aussie we went on the boat with. [Note: these shirts are really bold and loud. They speak my language. So, yes, I did get a few.] He was unable to join us on the boat because he just opened a second shop and is dealing with the Christmas rush.

But we’ve had a couple of long chats with him about life, clothing and Texas. He and his wife attended a wedding in Texas of two mutual friends, Hunter and Amanda Follett. They are the common link that is bringing Team Baskin into this circle of awesome Aussies. Hunter and Amanda have what the Silver Fox calls the “gift of friendship”. They find intriguing people who they value and interact with regularly. I have heard at least a dozen stories that sound like this, “I got a call from Hunter saying he was in Thailand and wanted to meet us in Bali” or “Hunter was in Jakarta and popped down to Perth for a weekend”. These friends also come to the US to see him.

I will not attempt to describe the intricate web of events that brought them together, but I will share the rough outline.

Susie and I found our way into this august group because Hunter and Amanda wanted a camp wedding (Camp Follett has since become a thing of legend). They looked at Camp Champions, but needed a site with grandparent-friendly accommodations, so they went to an Episcopal camp instead. But while touring Champions, our retreat coordinator heard that Hunter hosts case competitions at the UT business schools and is always looking for judges. He recommended Susie and me to Hunter and we soon found ourselves to be FOF’s: Friends of Follett.

But I have become intrigued why so many of Hunter/Amanda’s friends are Aussies. My chat with Kim helped organize my thoughts, but I have been noticing a kinship since arriving. Here are my theories:

We look forward to having Bruiza, Doobie, Kim and company visit us in Texas (Australia East) soon!