Dealing with a Difficult Dude 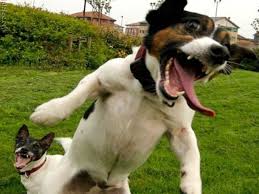 I have attempted to make these blogs more than a simple chronology of our sites and scenery. I have seen this experience not as a trip, but an odd social experiment, “What happens when you expose 6 strong-willed people to 1) heightened levels of togetherness, 2) the vagaries of often uncomfortable travel, 3) a wide variety of cultures while 4) reducing their Internet access by 90%”?

With this in mind, some of the blogs might simply describe a lovely day (like yesterday), while others contemplate Karma or familial harmony. I have shared the joys of giardia and the variety of the bathroom facilities across Asia.

Today our topic is “crazy people – avoiding and containing”.

Of the challenges we have encountered during this adventure, I did not plan on dealing with crazy. I am not sure why not. There are plenty of folks who are a few sandwiches short a picnic, but you never see it coming. [Note: I will augment this blog with euphemisms for crazy – enjoy!]

Before I continue to share the tale of our wackadoo, I will set the stage for you.

Let me take you back to Perth and our AirBNB. You may remember that the remote control could not open the parking garage and that we were requested to say we were guests and NOT using the apartment as an AirBNB. What I did not bore with was the fact that the apartment’s only air conditioner was broken during a heat wave. It was not completely broken, it did seem to make ice and rattle loudly with the ice particles it created. Oddly enough, this particular AC seemed to violate at least one law of thermodynamics as it 1) managed to create ice while 2) not producing any cool air. I found this combination intriguing while also sweat-inducing.

In any event, we contacted our host Sam through AirBNB and reported the failure. He replied that, “the place can be a greenhouse” and said he would repair the AC and bring by a fan, but failed to do so. After a second night of stuffy sleep on top of our sheets (the room was in the high 80’s), Susie sent a second email to him. Later that day, he brought 2 large fans and extension cords. Happily, the weather cooled by 10 degrees and we were able to position the fans in such a way to create a cross-current through the apartment.

The place was delightful in every other way, from the location to the view to the kitchen. The complex even had a pool table, full gym and a swimming pool.

After we left, Susie wrote a review that praised all these aspects of the apartment. She even praised Sam. He had been quite receptive to our previous issues (like the broken remote and advice for meals) and was genuinely pleasant in our exchanges. Susie’s review, however, was not perfect. She noted that the apartment “was hot”, but she added that Sam “responded to our request with 2 fans within the hour”. As you know, the second part of this statement was not actually true. He came roughly 27 hours after our first complaint, but Susie liked Sam and wanted people to know he was an accommodating host. She then rated the apartment a 4 out of 5 stars. [Note: Susie does not grade on a curve. Her frankness is one of the things I most love about her. She keeps us all grounded and humble. It also makes her a great role model for campers and counselors during camp – she models a loving honesty that helps people truly improve rather than simply trying to make everyone feel good about everything.]

At this point, we began to see that Sam has a few kangaroos loose in his paddock.

The email from him began simply enough.

“I am so disappointed with your review.” He continued to suggest that she had “ruined my life!”

When I first read this, I could not help but wonder about how extraordinarily lovely Sam’s life must have been up to the moment of Susie’s email. If this review was, in fact, the worst thing that had ever happened to him, you have to be a little jealous of Sam.

But I knew better. Clearly he was a few tacos short a Plato Especial. 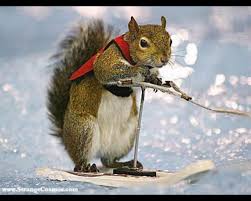 Susie wrote back saying that she was so sorry and that she would attempt to modify the review. After an hour of investigation, she learned that it is impossible to change reviews once both parties had submitted their ratings (he, by the way, raved about Susie in his). We have consistently gotten great reviews from our Air BNB hosts because we know we are staying in people’s homes (or at least their properties – it was clear no one lived in this unit). As a result, we clean all the surfaces, strip the beds, do the dishes and tidy up even though we pay a $55 cleaning fee. We put the towels on the tile floor next to the washing machines. One of the “4 R’s” of Camp Champions is “responsibility”, so we strive to model these values when we travel.

Susie wrote to tell him that the review was locked in, but she also wrote a lovely paragraph for him that he could post as a response. In this response, she had him apologize for the AC, explain that the unit has since been fixed and thanked her for all the complimentary comments she made about the place and him.

He posted the paragraph, but our errant emailer was not through with Susie. “This comment from a stupid guest” and “your review was BS [spelled out]” and he even shared another even ruder comment I will not share.

Ultimately, he would call Susie “reckless and dumb” and “a nightmare guest and narcissist” [Note: I appreciate the alliteration.] and suggest that he should charge us for the broken AC, despite the documented fact that we reported it within 2 hours of our arrival.

After feeling a little worried about this guy’s anger and a little insulted, Susie sent these exchanges to AirBNB because she wanted to warn other potential guests.

She also spent 2 hours crafting a wonderfully diplomatic email explaining that she felt she had done nothing wrong and that she did not appreciate his anger or insults. She also said that she considered the entire transaction completed and wished him well.

This prompted him to stop looking for his lost marbles and fire off a response that said, “WRONG ANSWER”, called Susie a “terrible ambassador for yanks everywhere” and declared that he would be taking our $400 surety bond.

We are convinced that he cannot do this. We have a good review from him and he already released the surety bond. Further, we have documented that he is a man whose cheese has slipped off his cracker. 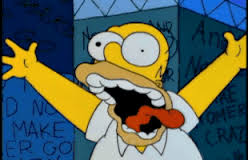 But ultimately, this exchange has been a wonderful experience for our family. It has been a great way to discuss multiple lessons with our teens:

Terrill also noted that all these emails exchanges were “awesome” and provided “a great source of conversation”.  She is seeing the glass have full (even if Sam’s elevator does not reach all the floors).

But now we go back into the fray. I hope that we do not meet anyone else whose cuckoo clock is stuck on 12!