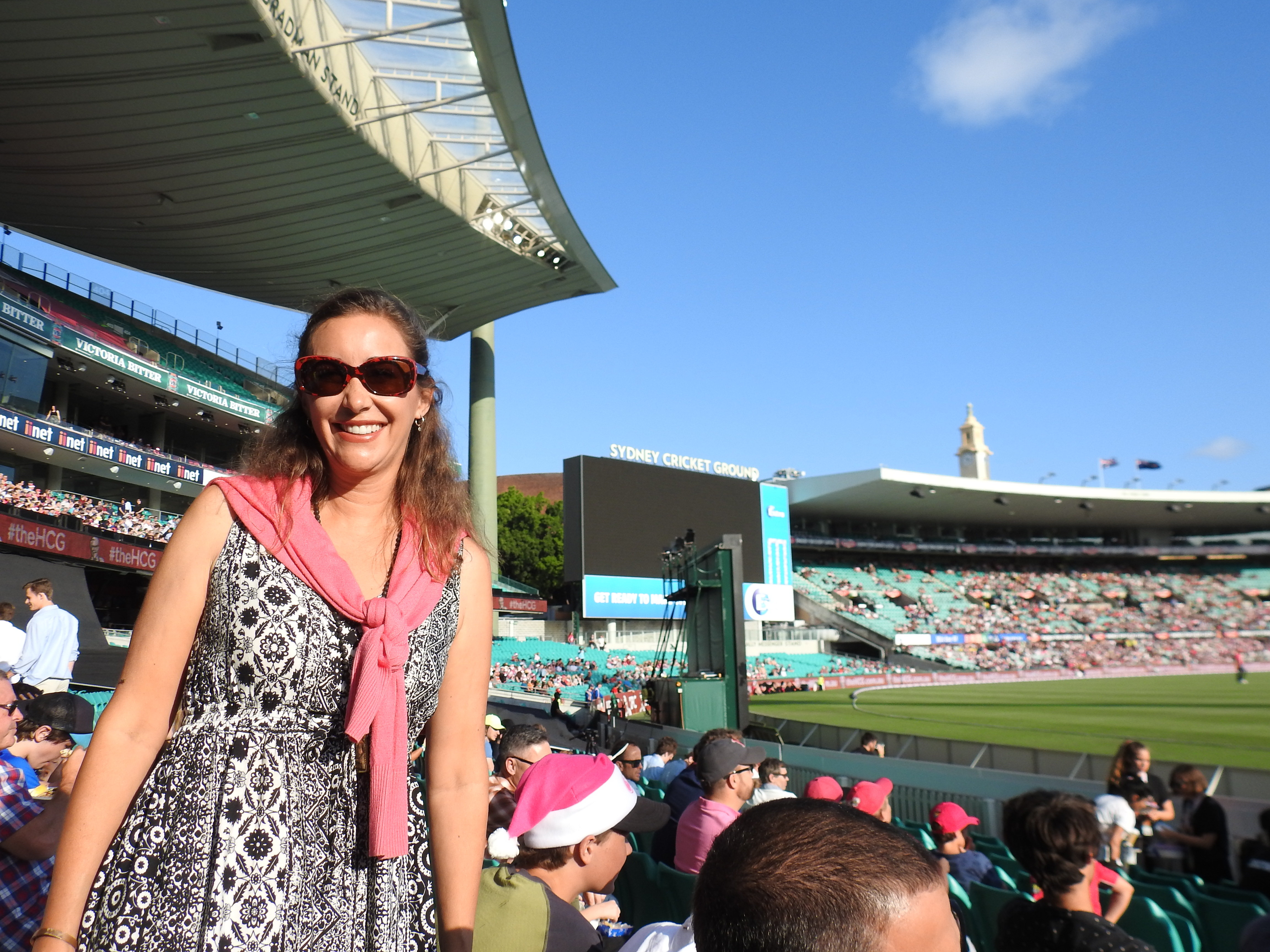 When was the last time you needed to pass a dress code to enter a sporting event? It was yesterday for us. Men needed collared shirts and tailored shorts. Woman should “dress smart”. They did not allow blue jeans with tears or holes in them “regardless of what you paid for them”.

To be honest, this was not cricket for purists. The true cricket traditionalist believes in “test cricket”, a marathon of standing and strategizing (for the players) and sitting and sipping for the viewers. A test cricket match will last 5 days.

Oh, and statistically, the most likely outcome will be a draw (or “no result”). That is right, 120 hours of “action” with a substantial chance that no one will win. During a test match, there will be over 2000 bowls (or pitches). To give you an idea, a typical baseball game will have 250-275 pitches. To put it into put this into perspective, a test match would be like watching a baseball double-header 5 days in a row . . . if each game went into extra innings.

This proves my theory that being a “purist” is rarely a good thing, be it sport, politics or anything else. Aristotle instead advocated for moderation.   I think he was onto something.

Some creative sports marketers must have attended a test match while reading some of Aristotle’s treatises on moderation. I can picture the scene.

“Ah Bruce. G’day, mate! Great day for a match. The pitch (field) looks great and the team look keen. Nigel Manchester is bowling for our boys – spin bowler, you know. I predict he will get half a dozen wickets”.

[Note: these words actually make sense to a cricket fan. They are not the gibberish they appear to be.]

Bruce then looks up from his book, “I have been here for 3 days. I cannot remember what my children look like. Why did we come again?”

“For the spirit of sport, mate!”

“But why does it need to last a week? Heck, I could have watched Wagner’s epic Ring Cycle opera in less time.”

“Because that is test cricket!”

“But WHY? We could binge 2 seasons of Game of Thrones! Good lord man, this is madness.”

Bruce then stares into the distance as he receives an epiphany. It comes to him.

So the Big Bash League was created. I will not attempt to explain the rule changes in any detail. I will simply say that 5 days becomes 3 hours.   The excruciatingly elaborate and intricate strategy of test cricket give way to big swings and long hits. When something exciting happens (like taking a wicket or the equivalent of a Home Run) scoreboards dance (as do the cheerleaders) and the flames erupt. 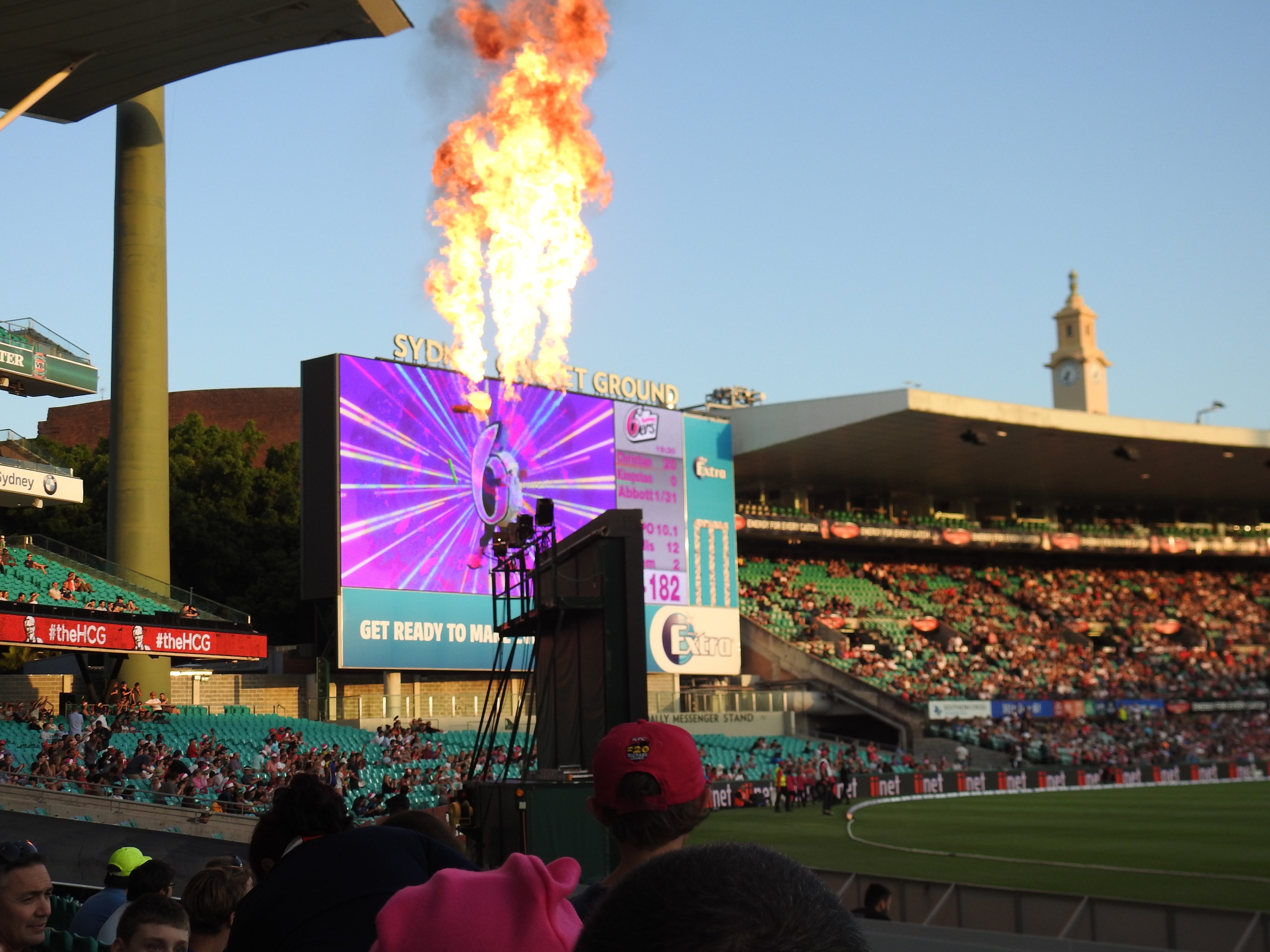 In short, the fine folks of Australia have taken the sophisticated and subtle sport of cricket and crossbred it with an American sporting event.

I am not sure that represents an improvement, but we had good fun.