As we leave the most populous metropolitan area in the world, I would like to take this chance to process my impressions. These are not highly organized and are certainly not researched. These are just observations – some informed by our excellent guide and friend Altus and others more off-the-cuff.

Highly developed societies often create highly refined, and even arcane, traditions and customs. In the West, I tend to think of England in the early 20th century. Anyone that has watched an episode of Downton Abbey or read a Jane Austin book will be familiar with the elaborate and even burdensome nature of the English upper class. 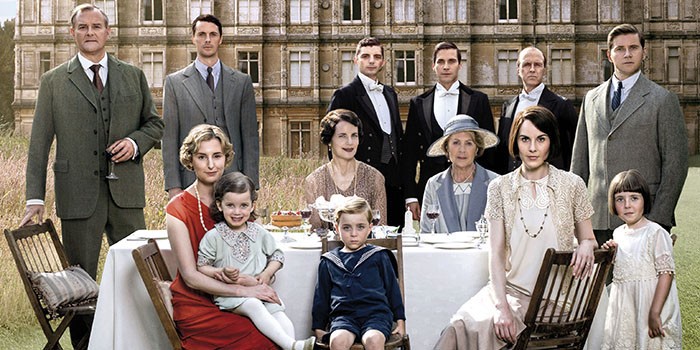 A typical day might include 4 meals (breakfast, lunch, high tea and dinner), each requiring its own attire. If you toss skeet shooting or a fox hunt, you could look forward to wearing 5 different outfits before you don your pajamas.

A formal English meal was a maze of forks and spoons and plates and customs. Your seat corresponded with your station and you entered the room accordingly. At the meal, certain topics are OK, others are not. How do you know? You are born into the upper class and learn through excruciating observation of your high-born parents.

At some level, customs and manners become less about courtesy and more about membership.

Japan is similarly awash in traditions, customs, and taboos. Some make perfect sense, even if unfamiliar. For instance, I can understand removing the shoes that walked the dirty streets before walking in the home. Other customs are just bizarre. For example, you do NOT put your chopsticks into your rice and leave them there standing up. That means that someone has died. That is not quite obvious, is it? But it is certainly true. But when Altus saw that one of us had done this, he literally gasped and implored us to rectify the situation immediately.  [I have recreated the faux pas in this photo - sorry Altus! The second picture is actually just two toothpicks in 4-6 pieces of rice. I assume that this might portent the passing of a small bird.] 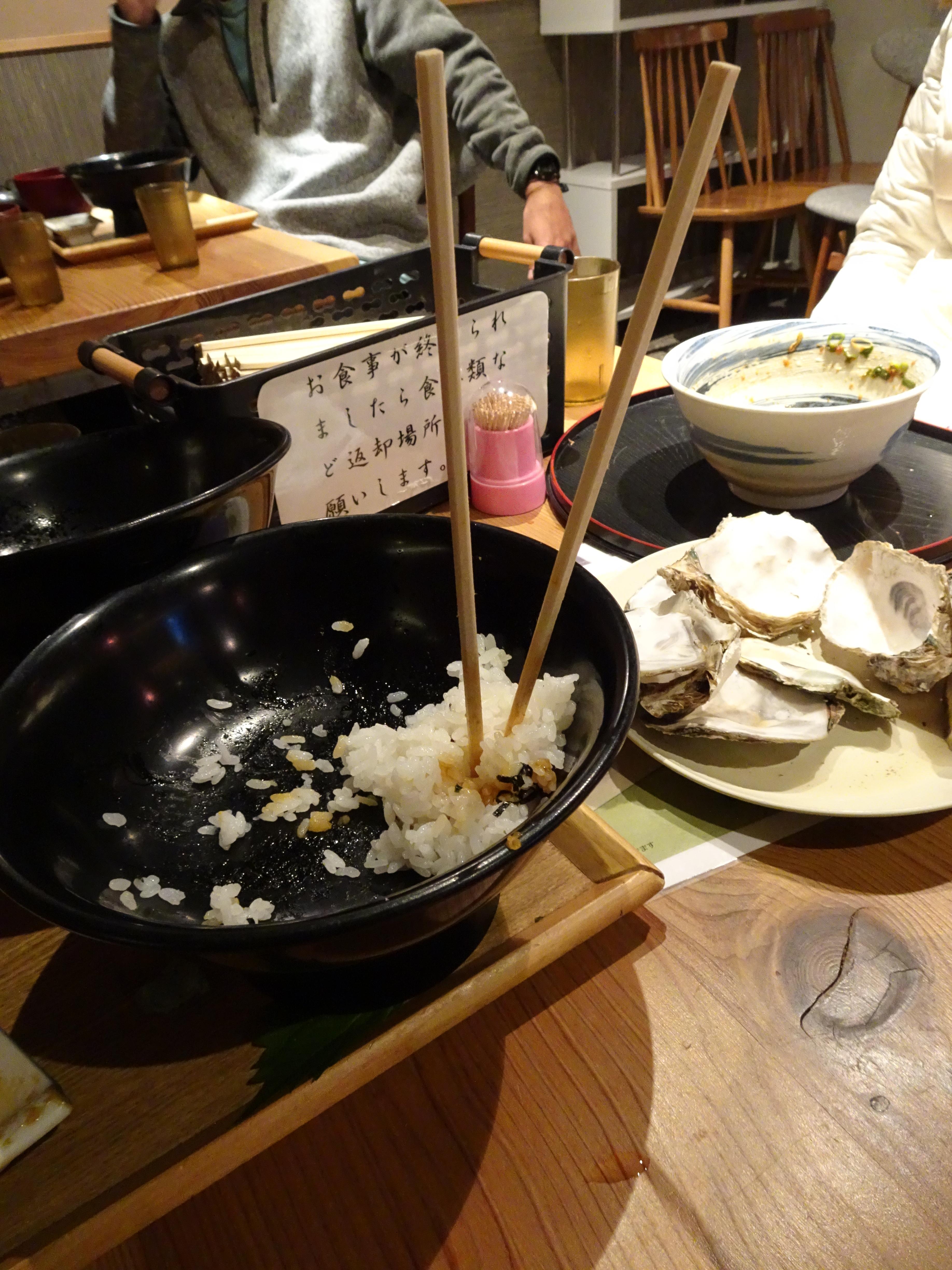 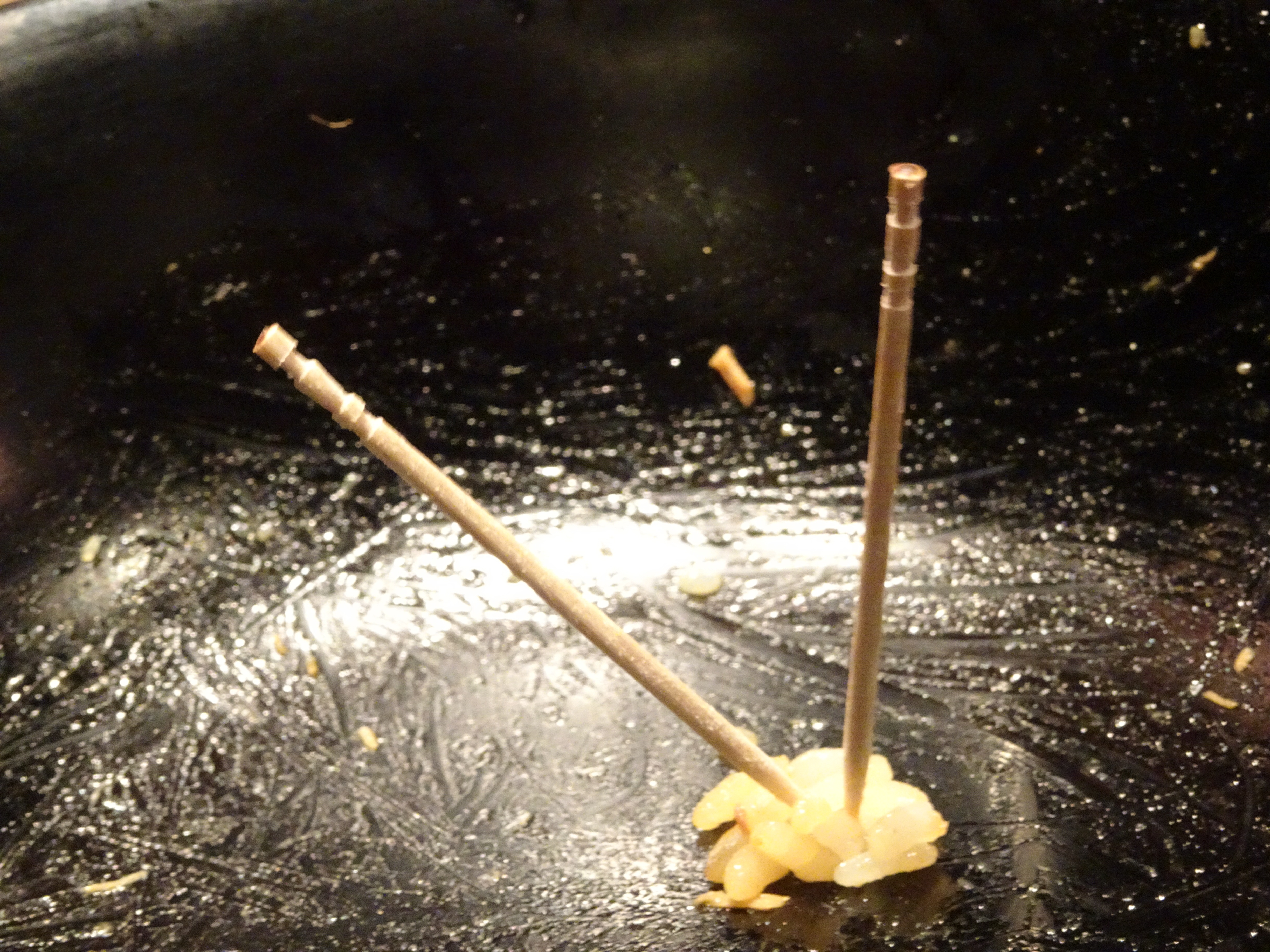 Even with the earnest and enthusiastic help of Altus, we managed to prove ourselves to be consistent heathens. We were good about some of the traditions and really poor about others.

What we did well:

Areas where we struggled:

Observation #2: The Japanese are very healthy, except when they are not.

The Japanese diet is quite healthy, heavy on vegetables and fish and very light on red meat and carbohydrates. Their portions are smaller. Most of the food is incredibly fresh. Even McDonalds has elaborate signs that document the source and processing of all their offerings.

The people we saw and met were fit and rarely overweight. We spent time with a woman in her 50’s who runs a noodle shop. After serving us, she hopped on a bike and left to deliver noodles to local businesses. 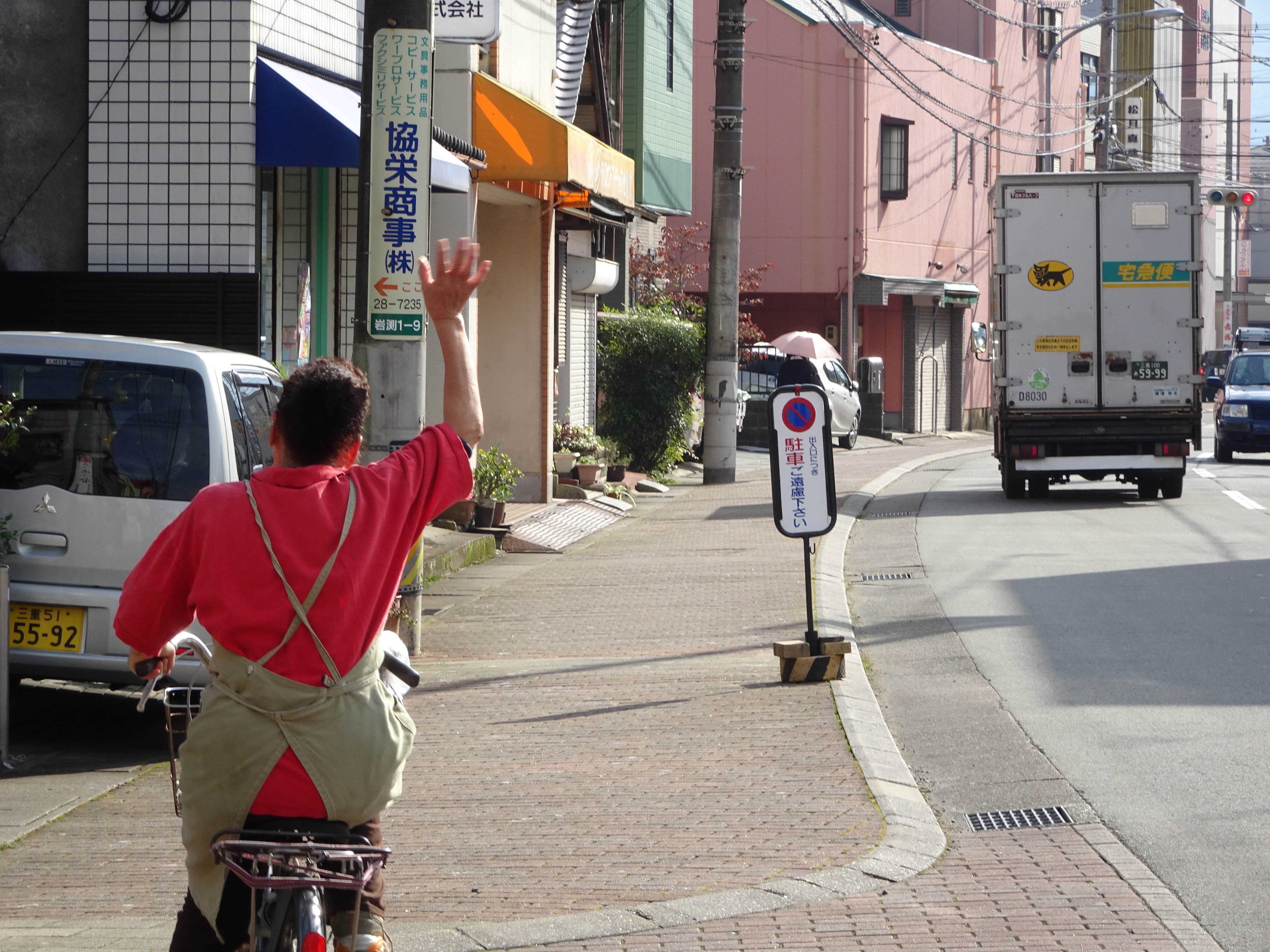 Many people walk around with surgical masks to avoid getting germs. I also saw masks in Beijing, but these are to deal with the huge air pollution issues. Here, the air is clear and the enemy is germs.

This brings me to the ultimate expression of Japanese germ phobia: their elaborate toilets. In the US, we live in a world were the only connection to a toilet is plumbing – some pipe brings water in and another conveys waste away. Simple and (I would have thought) sufficient.  This photo is a run-of-the-mill model.  We have not had the nerve to bring a camera into a restroom with a high-end version. 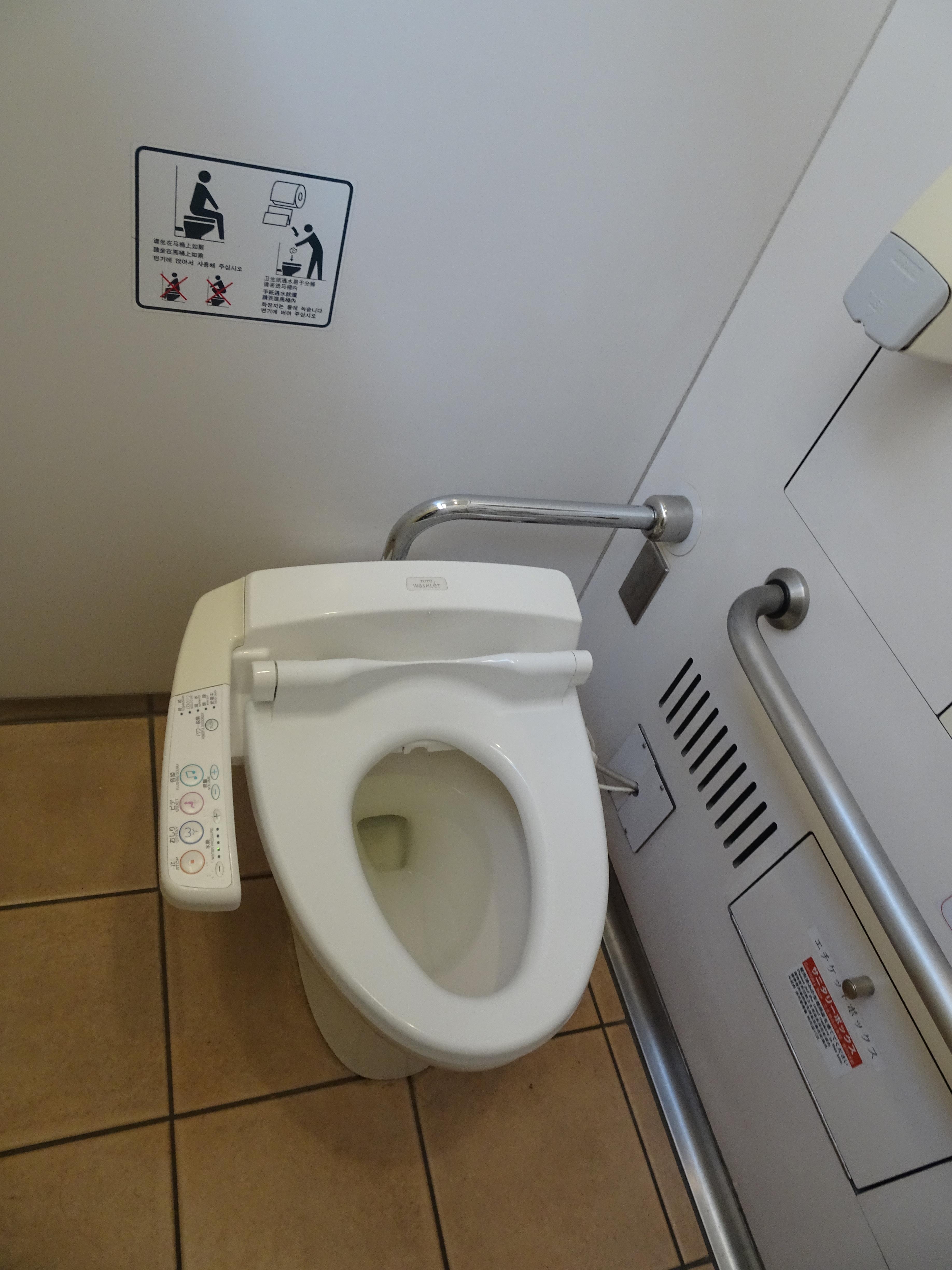 An experience with a top-notch toilet here will introduce you to a myriad of options that are sometimes nice, occasionally amusing and always confusing (as many of them are not translated into English). In even the most pedestrian establishments, the toilets offer a few more options than I actually require.

With the most elaborate toilets, your options can include

If, however, you do not speak Japanese, I would advise experimenting with care. Two days ago, Susie emerged from a bathroom thoroughly amused. Apparently Virginia chose to experiment with the technology; after all, she is perhaps the most tech-savvy of our family. While attempting to choose a sound selection, let out a surprised whoop when she turned on the high-pressure bidet instead.

Remember that I said that the Japanese are healthy except when they are not? The odd exception to the healthy lifestyle in Japan is their penchant for smoking.

You can still smoke inside and in restaurants. A Burger King had a sign outside that said “capacity of 64, 17 smoking, 47 non-smoking”. We had several meals where we needed to find a place separate from the smokers.

It seems odd to me that different cultures will embrace certain health rules and happily ignore others. In the US, we generally acknowledge the dangers of smoking, but we have a weakness for refined carbohydrates. Here in the land of exercise and low-fat protein, they channel their inner Marlboro Man.

One of my favorite pictures shows this health dichotomy: this young man was wearing his surgical mask as he came to the small smoking room for a quick puff.  I am sorry that this photo fails to convey the comic elements of the situation.  The “smoking room” that he will soon enter had roughly 15 people in a space the size of a small kitchen.  He has pulled down his mask while pulling out his pack of cigarettes.  I believe this is first class irony. 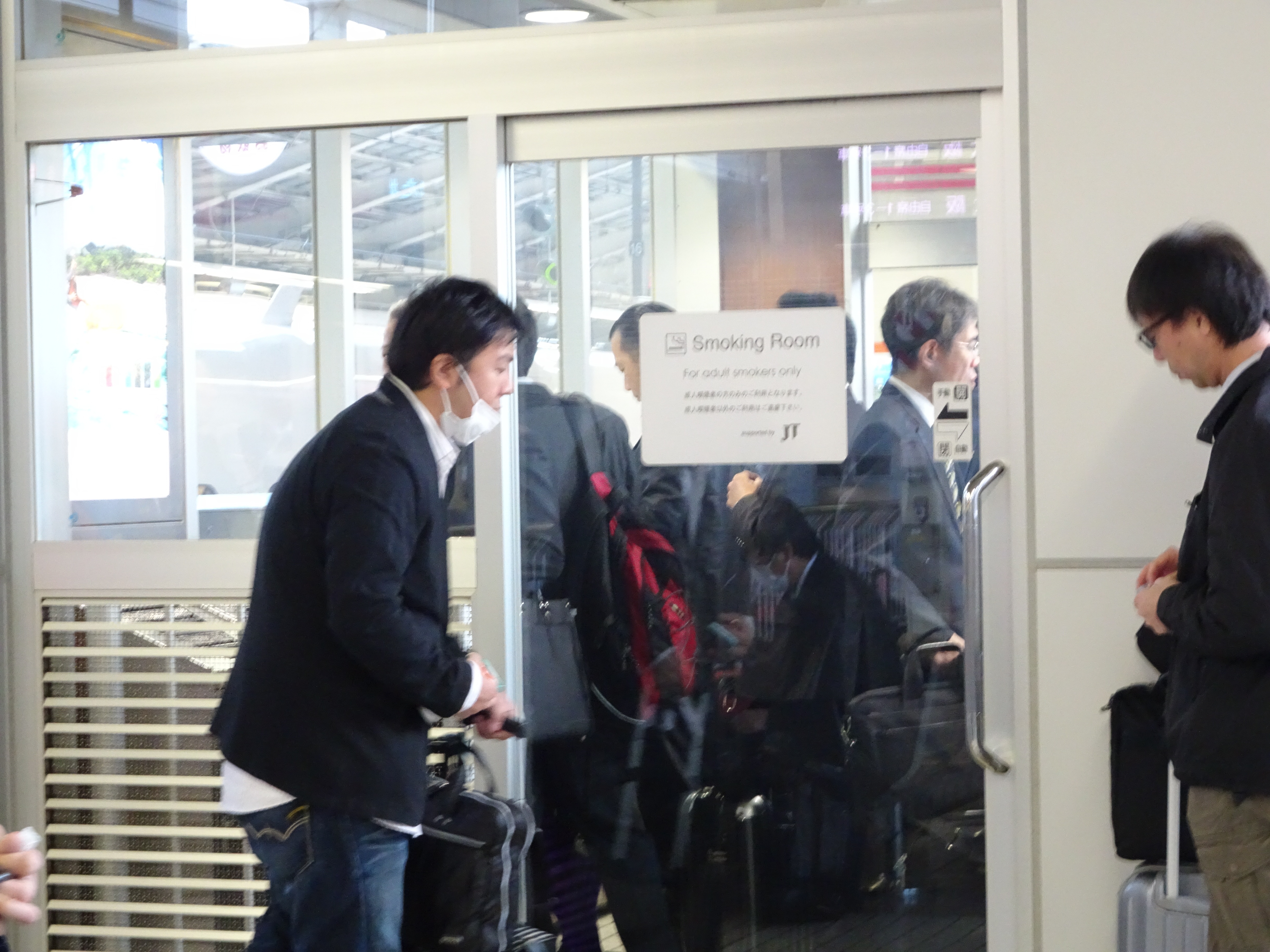 We humans are an interesting lot.