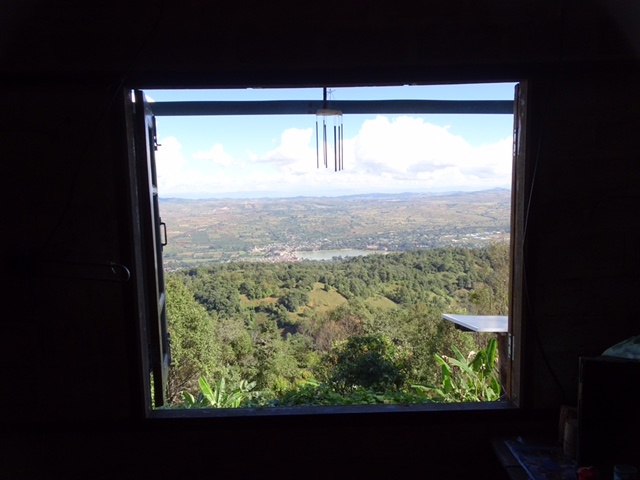 Our third phase of Myanmar was meant to be a trek and a homestay in a mountain village.

On the tail-end of our food poisoning, this sounded like a bad idea, as in “putting your hand on a hot stove is a bad idea” or “going to a 45 minute time-share presentation is a bad idea”.

But we did not want to do nothing. We drove from Inle Lake to Pindaya, a lovely small city 90 minutes to the northwest of Inle Lake.   While tempted to stay in our hotel, we decided to contact our guide about a light hike without going all the way to the village for the stay.

Our guide is a man named Myint Thoung and is a fascinating individual. He is 70 years old. He worked as a civil servant for 15 years, but protested the military government in 1988. He did so with good reason. The Myanmar government is famously corrupt and incompetent. They are not the most incompetent government out there (afterall, there is always Haiti), but they are finalists.

Anyway, his little act of civil disobedience landed him in jail for three months and cost him his job. He reinvented himself as a book seller and trekking guide. He is even in Lonely Planet, interviewed anonymously about the government.

He will soon become a Buddhist monk, so he talked quite enthusiastically about Buddhism. At its core, Buddhism is a very straightforward faith. Life is suffering and suffering comes from our desires and fears. Devotion can help separate us from our desires and fears. Using the eightfold path (right thinking, right intention, right mindfulness, etc) you can achieve enlightenment. In its purest form, it is heavy on meditation, good deeds and efforts to shrink the ego.

In practice, however, Buddhism manifests in some odd and incredibly specific ways. For example, there are 31 states of being, with humans being the fifth rung from the bottom. Some of the advanced stages involve matter and mind, while some are pure mind. There are 7 types of Hell, depending on your actions in life. Karma is big, so good deeds are important. But at some point, the general concept of Karma also became quite specific, “if you leave water for travellers, you would get 10 ‘points’ (Myint’s term)” Frankly, he made it sound like earning Karma credits, but with an accountants precision. There is also a great fondness for Buddha statues. I will take you on a tour of a cave with 8000 Buddhas (I will spare you most of them) tomorrow, but simply know that the guy shows up a lot.

But back to Myint. He had one other peccadillo I absolutely did not expect. He loves Western music. While we were eating lunch, he decided to share some of his favorites. Here are excerpts from our playlist:

We know this because he not only played the songs for us, but showed us videos as well. Our clear favorite was the “Country Roads” video. Please bear with me as I attempt to describe this visual experience.

The song is clearly John Denver doing a live version. Ah, but the visuals were not John Denver. OK, if you were to make a video of this song and did not want to show the singer, what images might you choose? Here are a few that I might expect:

You get the idea.

OK, when presented with the exact same challenge, the makers of this video provided the following shots:

You might think that they were matching the images to what they thought the music felt like. After all, they might not know English. But the video had every word written in English while showing us the sushi. We found this terribly amusing. Myint interpreted our delight as a green light to share more videos. I did manage to get this picture of the “I Will Survive” video. 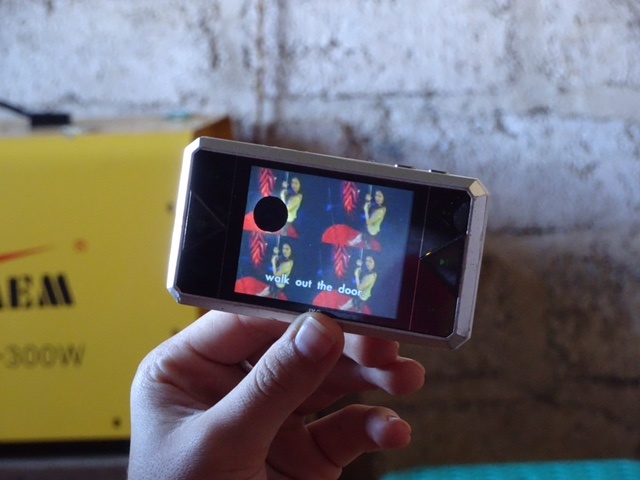 The meal we had was in the home of a friend that had an epic view of the valley below. We ate native food, listened to the music and appreciated the view. (See the opening photo.)

You might notice that I mentioned the view twice. I do so because we earned that view. Remember our plan for a “light hike” to allow our team to recover? This concept was another victim to poor translation.

Our 70 year-old guide took us on a 5 mile hike (all uphill) with a 1500-2000 foot increase in elevation. When we arrived at the home, we almost slept on the bamboo floor. 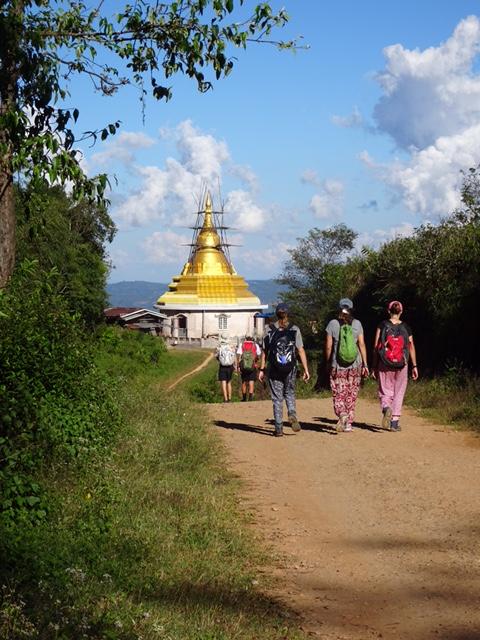 So our restful day would involve hiking over 10 miles through rolling hills over uneven territory. All to get to this meal. 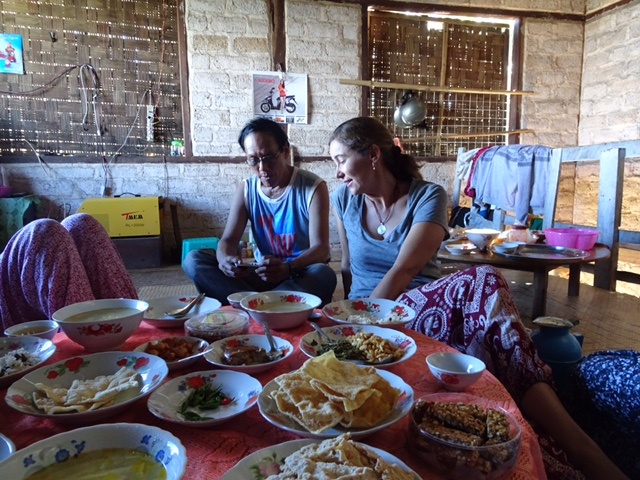 Before I leave you, I must share one last story.

The cousin of our host had an adorable 8 month old baby that she brought by. As a camp director, I believe I have some child-related skills. I have silly faces that generally work wonders in the states.

Both times I saw this little boy (once in the home and once at the neighbor’s house), I smiled and waved at him. Each time, he fell apart. I am not talking about mild tears, but instead a near panic. My efforts to amuse this little one induced a reaction that would suggest that he had witnessed a true embodiment of evil. 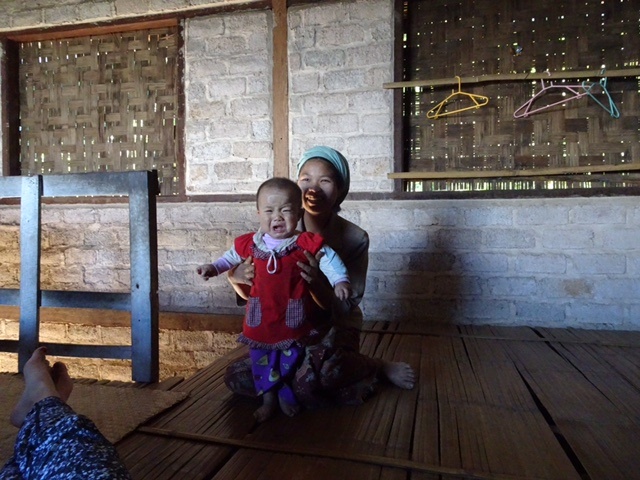 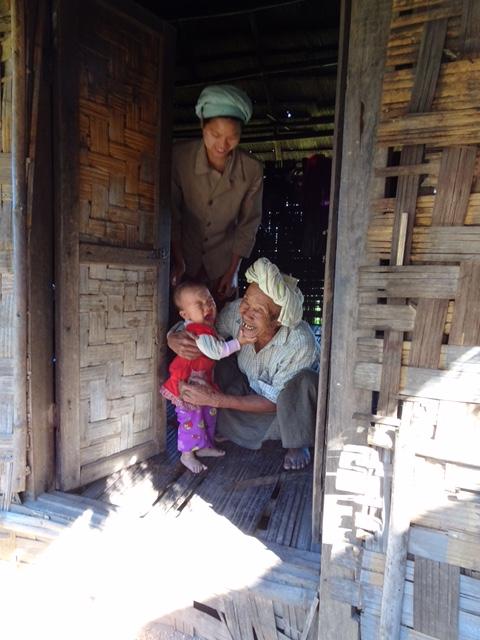 Susie, trying to assuage my ego, attempted to provide an explanation. It turns out that babies in experiments show an overwhelming preference for familiar-looking faces. I have blue eyes and grey hair. This combination was sufficiently different to trigger a survival response from the baby.

Or, perhaps I AM an embodiment of evil.