Appreciating the Oddity of Inle Lake 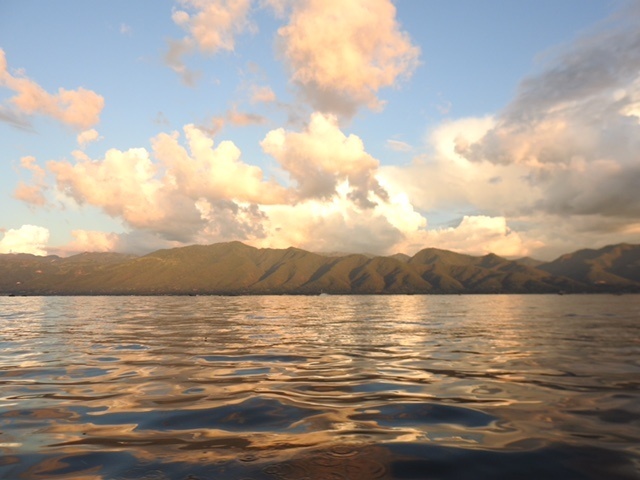 Today was a day for healing. While we are past the worst symptoms or our food poisoning, we are not 100%. We had originally planned to spend most of the day seeing Inle Lake and visiting various craftsmen.

When we had a second difficult night, we opted to tell Chit that we would rather do a half day.

But we are quite happy with the results of our half-day. We spent most of it in a long, thin motorized canoe that took us around Inle Lake.

Inle Lake is a fresh water lake that is roughly 3000 feet above sea level. It is 45 square miles. Here is a fact I was not expecting, this lake has an average depth of 5 feet and a maximum depth if 12 feet – roughly the same as the deep end of the Camp Champions pool.

It is also famous for three other things: its fisherman, its pagoda and lots of enterprising vendors. Each is worth a few words. I apologize for the fact that this blog will be a little like a “review of Inle Lake”, but I suspect you would prefer that to a “review of the Baskin gastro-intestinal systems”.

The traditional method of fishing this shallow lake is essentially unique to this reagion. The fisherman stands at the end of a canoe and moves the boat using a paddle that he moves using his leg. When he spots a fish, he then uses either a net or a conical basket to catch it.

I have two pictures of this process. One is totally staged. This man has realized that fishing for tips from tourists is better business than fishing for swam eels in the lake. I am not a fan of the faux fisherman, but Chit tipped him for his photogenic efforts. 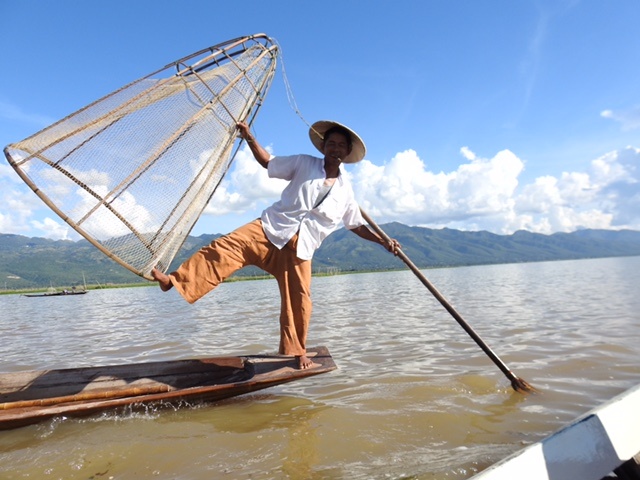 I, however, also caught this young man during the sunset who was legitimately fishing. 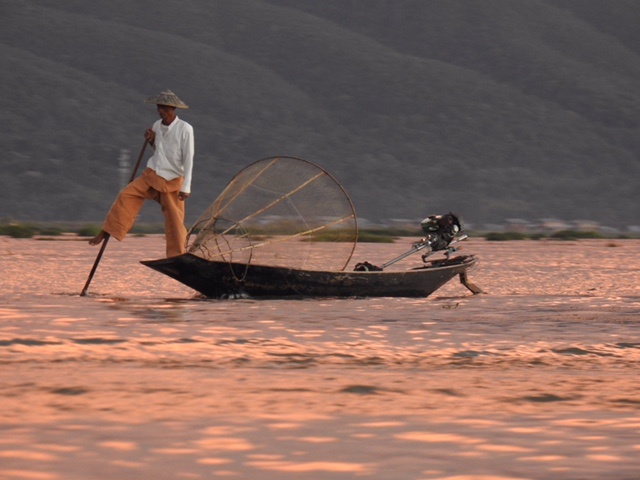 I generally dislike visiting craftspersons and shops that are frequented by large number of tourists. These places often seem stripped of any authenticity and are instead created exclusively for the tourist horde.

Inle Lake is not quite there, but it will be within 2-4 years.

We enjoyed visiting a silversmith who forged a small silver ingot in a corner of his hut. The process was small and intricate. He was proud to explain that his family made the gold and silver decorations for much of the pagoda. 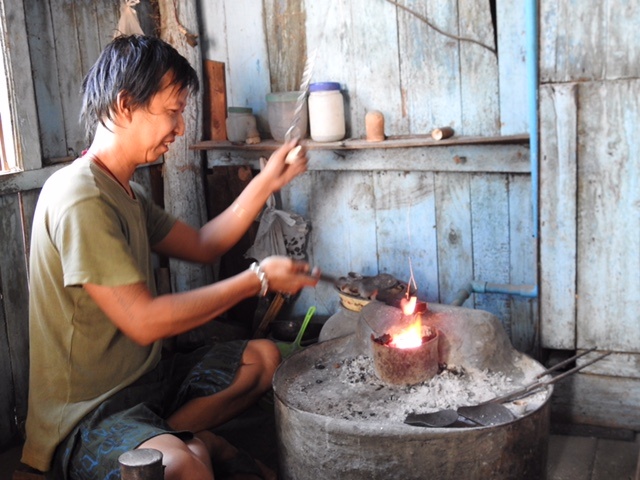 We also visited a papermaking and parasol shop that was interesting, but had clearly crossed the Rubicon of commercialism. Here is the best clue – as you pull up in your water taxi, one of three souvenir sellers grab your boat and attempt to sell trinkets before you even leave your canoe. 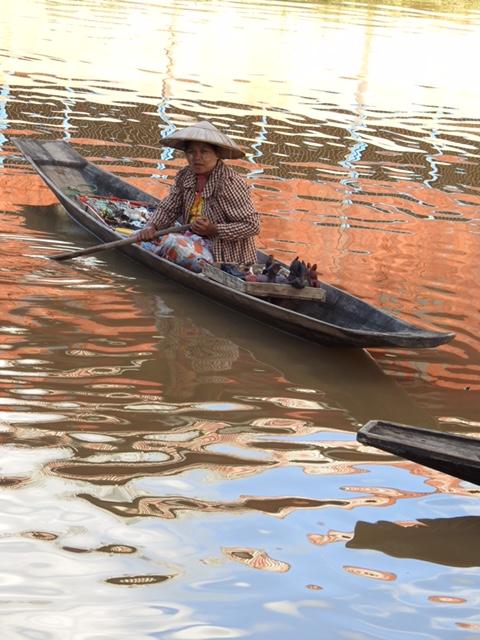 I will spare you the details of this pagoda and its buddhas, as they are numerous.   The summary form is something like this:

We returned to enjoy a lovely sunset and improved health. Not a bad day on the lake.