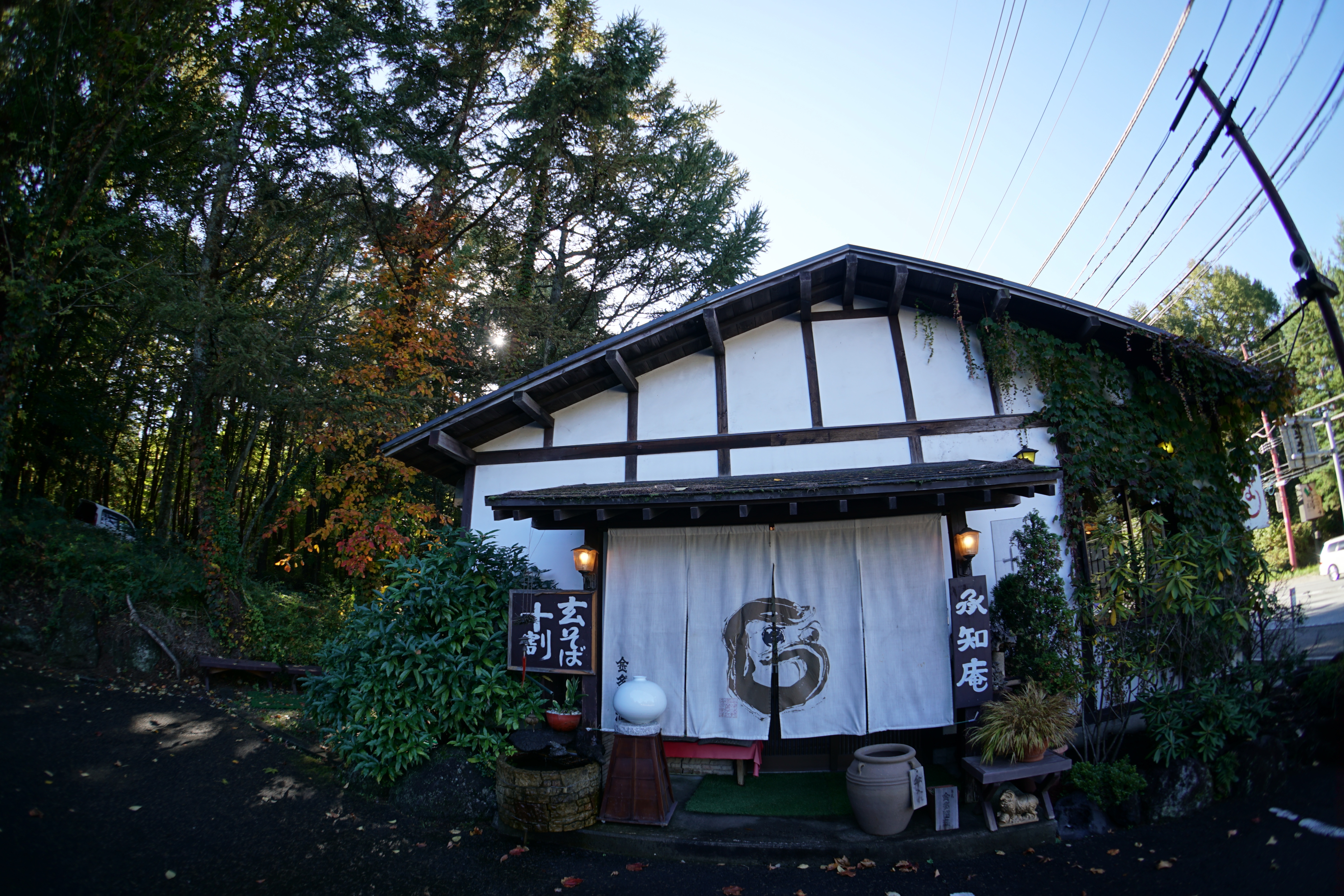 I have so much I want to share about our time in Japan, but at least one tale must be told.

You must know about the Soba nazi.

Soba is a noodle made of buckwheat and served cold. Typically, the traditional establishments are small with a seating capacity of 15-25. They are family runwith the owners often doing the cooking and the serving. If you were to ask me for an American equivalent, I would think of a small barbecue joint or a crab shack.

As we drove to Mt Fuji, Altus suddenly pulled off the highway, smiled and said “Soba”! 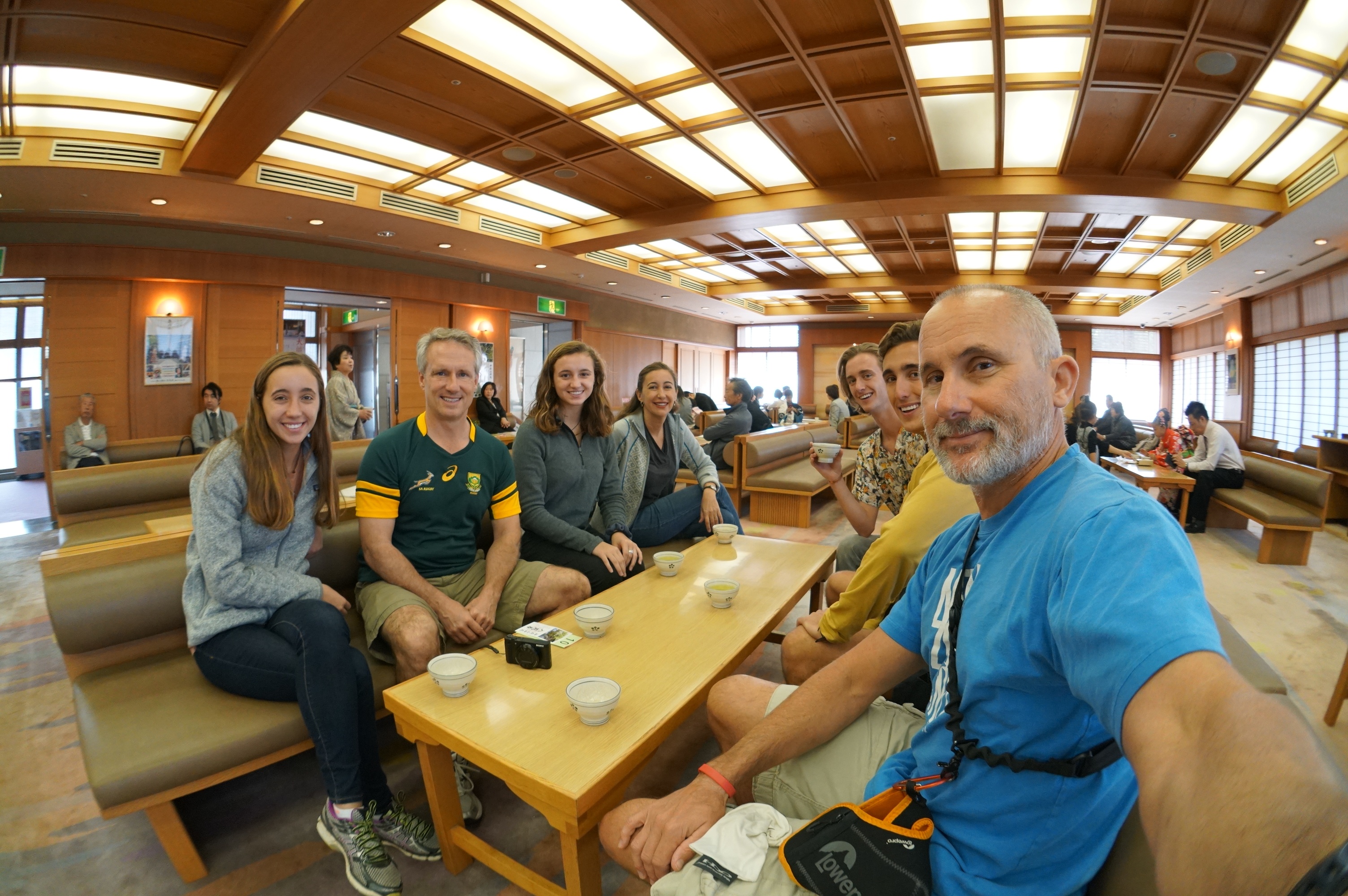 Before I go any further, I must introduce you to Altus Wilder. Altus is a former camper and counselor at Camp Champions. He is also a camp parent of two much-loved young men aged 14 and 11, who just finished their 8th and 6th summers at camp. What makes him unusual is the path that brought him back to camp.

During college, he spent a year in Japan as an exchange student. He then moved to Japan, learned Japanese and married a woman from Tokyo. What I find amazing is the fact that he persuaded his wife and in-laws to send their 7 year-old oldest son to camp in Texas. Given the fact that no one in Japan knows anything about summer camp, this was a tremendous leap of faith for their family.   But Altus was passionate about his camp experience. He has told us that Camp Champions was as important for his eventual success as any school he attended. Camp cultivated the determination he would need to succeed as an American in Japan.

He would later send his second son as a 5 year-old as well.

I have since met his fantastic bride, Chizuko. Altus likes to say that she is more of a Texan than he is. She eats steak while he prefers fish. She is a saint to put up with having three adolescent males in her home (the boys and Altus). I am lucky enough to have married a saint as well. I suspect that one of the reasons that Altus and I enjoy each other so much is the fact that neither of us have really grown up.

Several years ago, he spent a week as a guest photographer at camp. If you have seen the Camp Champions website, you have seen his work. Every picture using a wide-angle lens (the fish-eyed photos) is his.

So when we told him we were coming to Japan, he offered to join us for a week as our tour guide.

So that is how we ended up driving in a car pulling up with him to a Soba-ya. I will call it the Soba Shack.

The Soba Shack façade was subtle and understated.

The interior décor was playful, yet traditional. 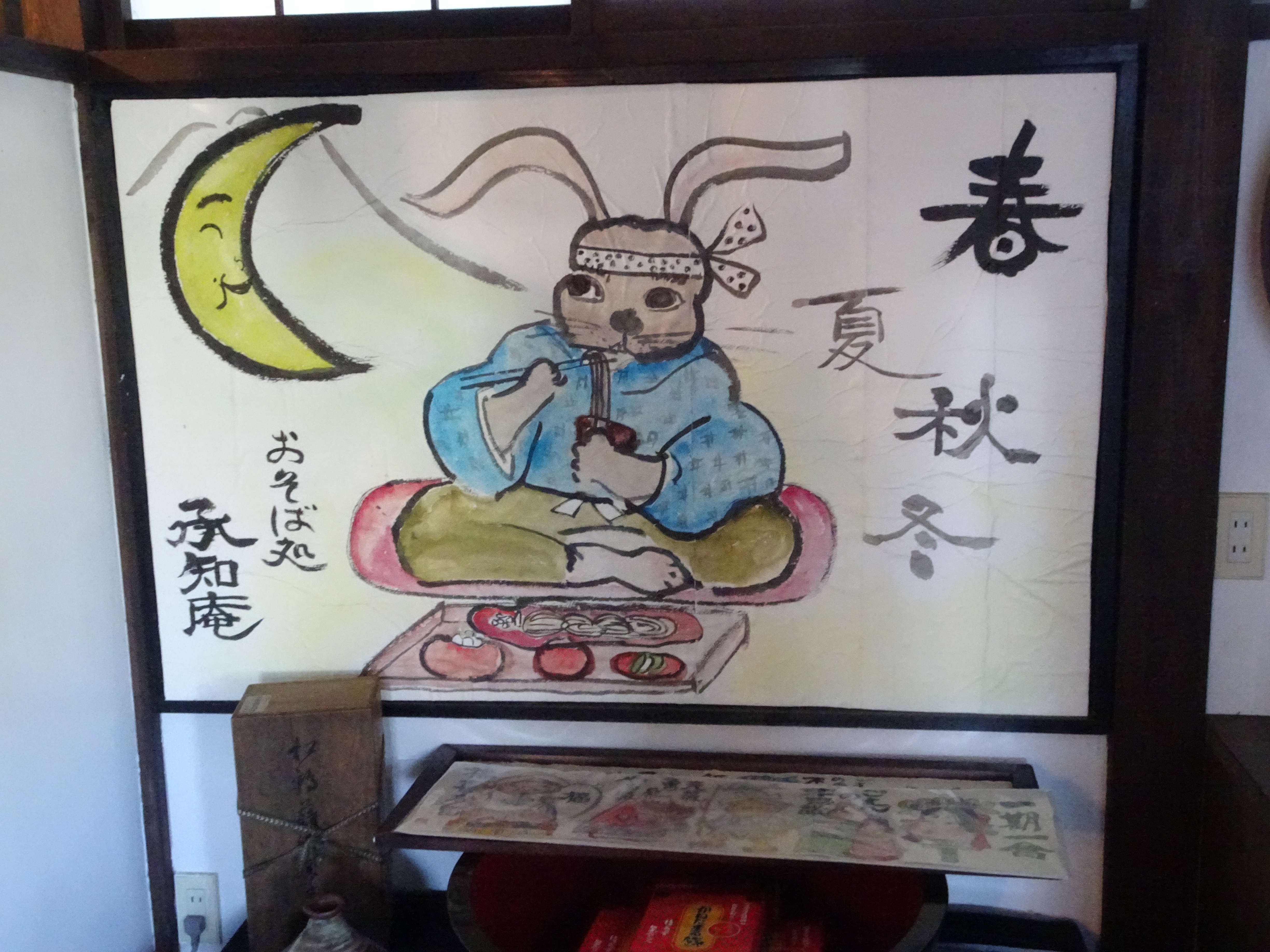 As we walked in, Altus began to describe all the customs and manners that we would be expected to know. We would need to take our shoes off to sit at the table, but we cannot walk in the aisles barefooted. They did not bring tea to the table, so we needed to walk to a tea station (with shoes on), make the tea and return to the table (taking your shoes off again). 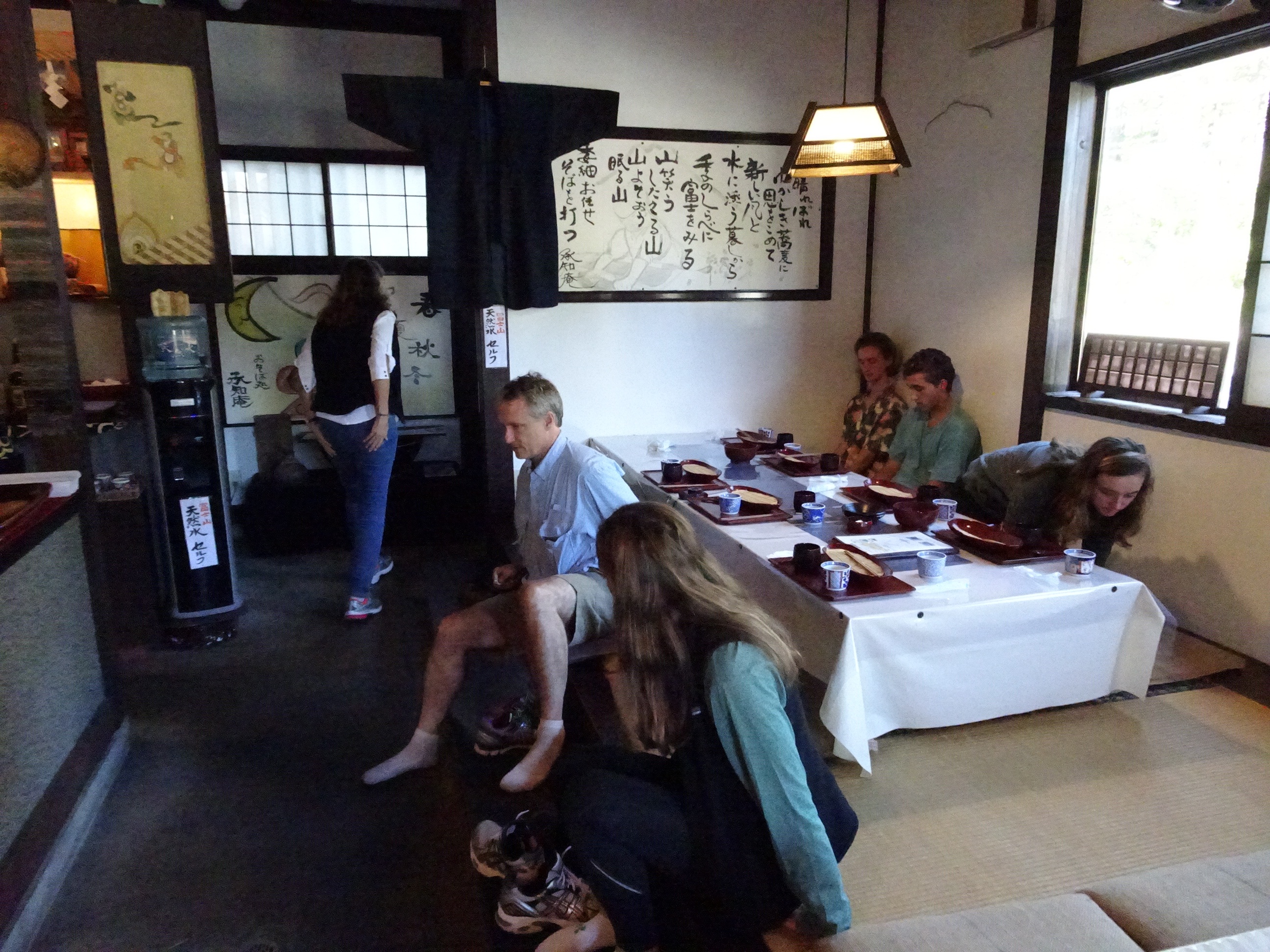 Altus tells us that we need to be sure to eat the noodles properly. By properly, I mean “slurp as loud as you possibly can.” I am not exaggerating this. You know the sound that your 4 year-old child made when he or she slurped spaghetti and embarrassed you? Bring that same child to a Soba-ya and the chef would be deeply honored.

After we sat, the owner/chef approached us and pantomimed the importance of slurping. This older gentleman was a true character. We think he once worked for the Emperor (the details were murky even with a translator) and he was serious about his noodles. His visit to our table was a pre-lunch clinic to assure that we did not screw up the eating of his epic noodles.

He brought by a gift of treats: 7 dangos. A dango is a semi-sweet red bean paste with sesame wrapped in mochi, a chewy, gummy rice shell that was very smooth to the touch. They had been made for the recent Moon Festival and they wanted to share with us. 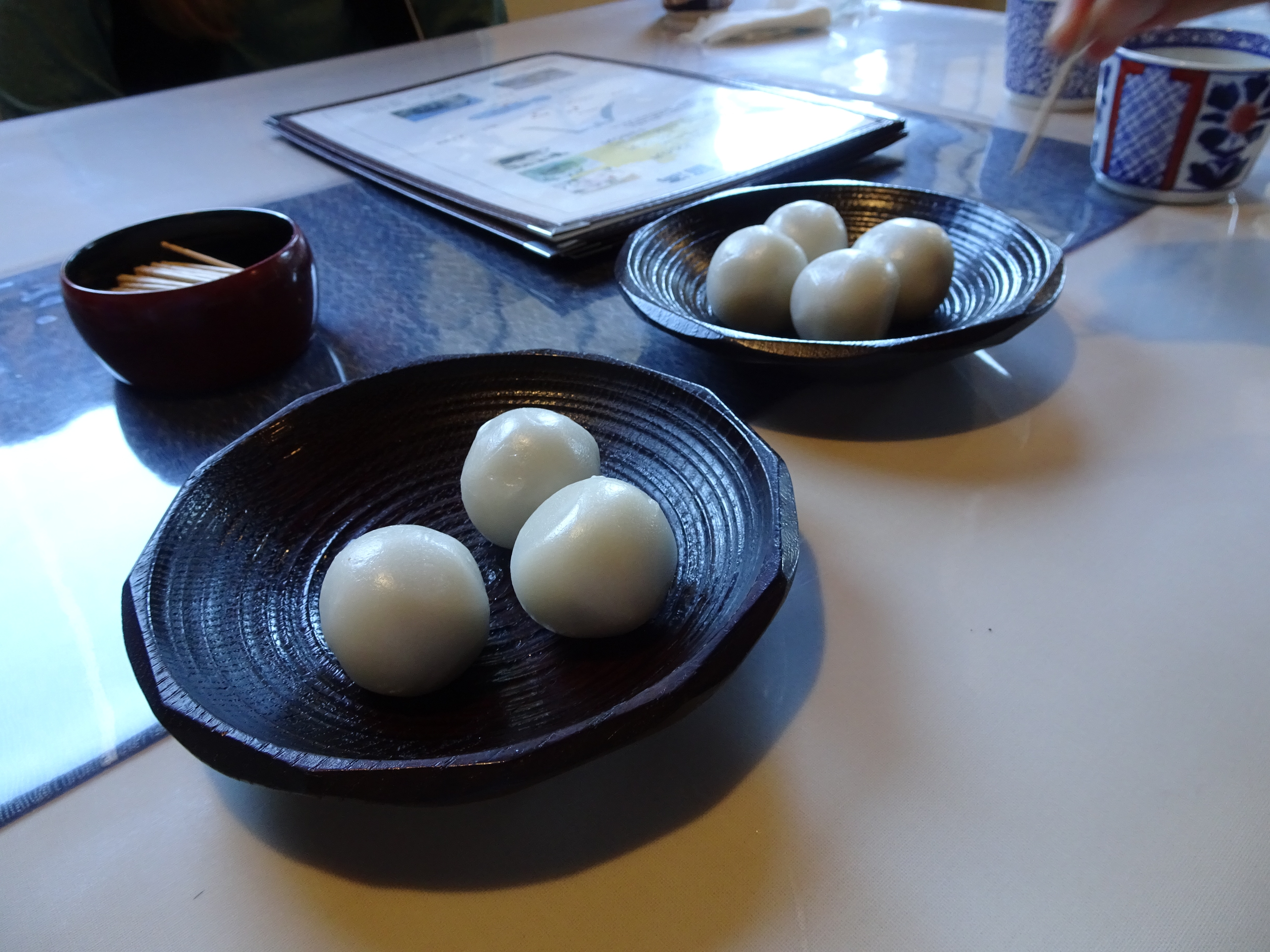 After 10 minutes, we needed a refill of tea. Susie turned around to put on her shoes so that she could walk to the tea station.

At that moment, the chef/owner arrived with the noodles. 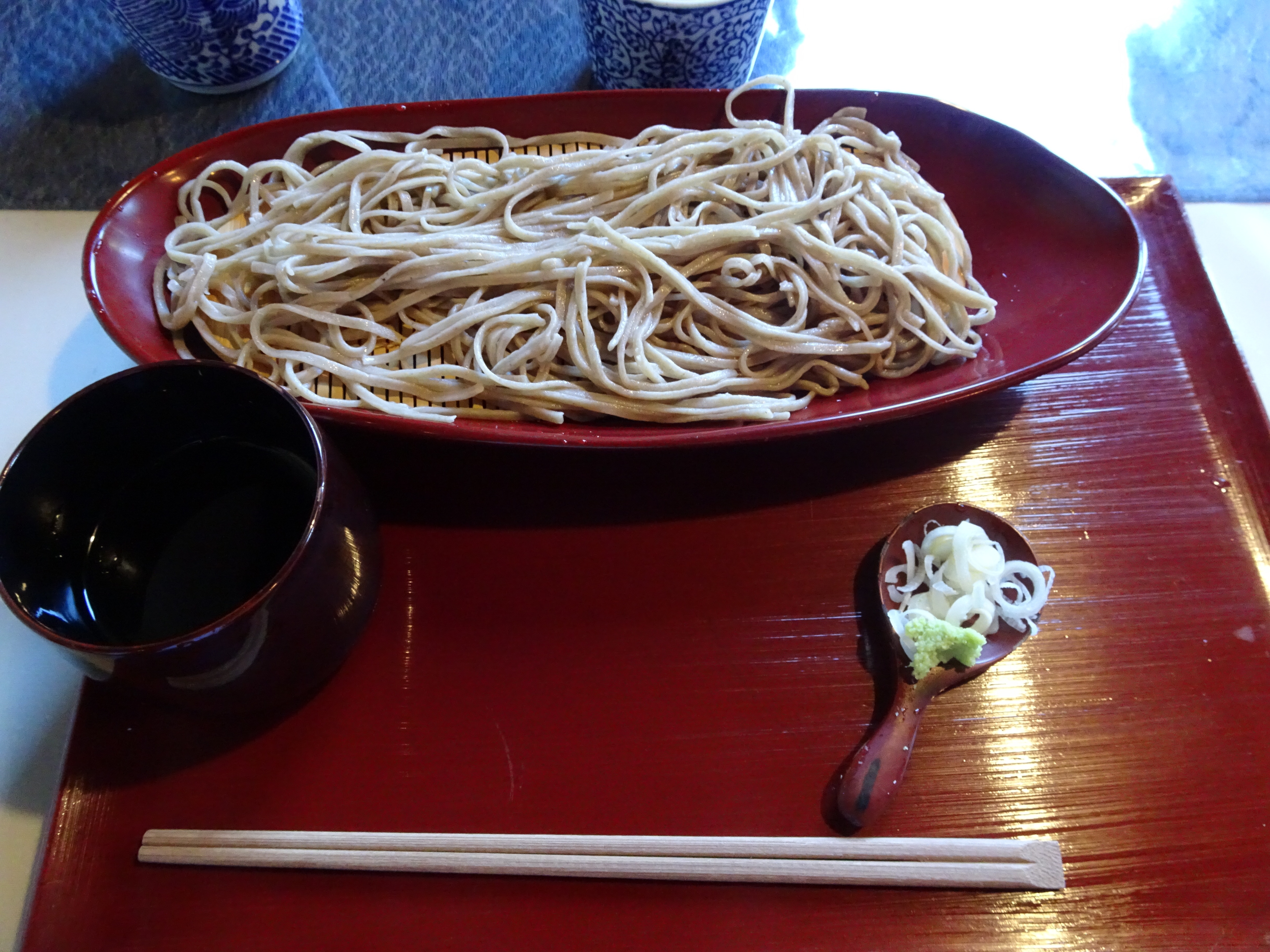 He then barked a set of instructions to us.

Her shoes now on her feet, Susie then rose to go to the tea station. The chef/owner then barked another sentence, grabbed the tea tray in Susie’s hand, and nudged her back to her seat.

Susie smiled and hesitated. She did not move quite quickly enough. Another bark and another nudge and she was removing her shoes again.

We all felt like we had landed in the Seinfeld episode featuring the “Soup Nazi”. In that episode, a single chef prepared unequalled soup from a tiny storefront. While the soup was spectacular, the chef himself was demanding, rude and unforgiving. If you lingered while ordering, he would point to the door – “No soup for you!” If you did not place your money down properly and scoot two steps to the left? “No soup for you!” 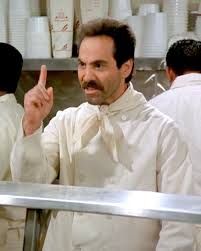 Everyone feared the man, but they loved the soup. They deemed him the “Soup Nazi”.

As Susie hustled to take off her shoes, the rest of us mixed our wasabi into the soba sauce, dipped in the noodles and started slurping away.

If loud slurping meant polite eating, we were one of the most polite families you have ever seen.

Apparently we slurped so well that we earned the love of the Sopa nazi. He became kind and even playful. We even felt comfortable asking him to take a photo with us. 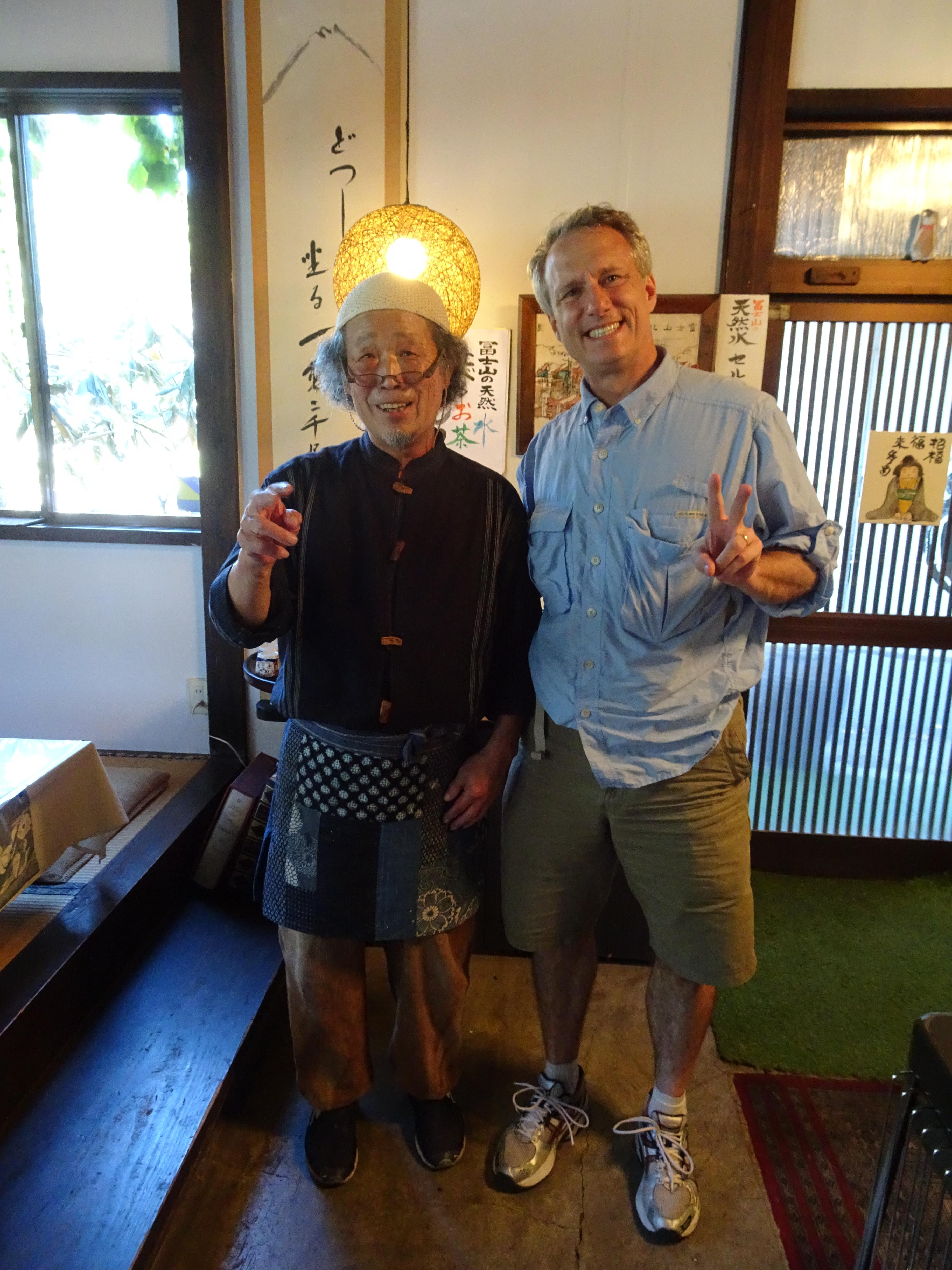 I am a little embarrassed to admit how much happiness his approval brought me. But I like to think we bonded with a Soba master worthy of the Emperor. He was certainly good enough for us!