Celebrating our 50 Summers at Camp Champions! 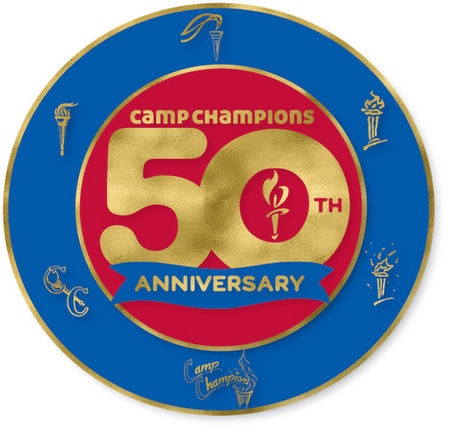 During the last weekend in September, we had an epic celebration of our 50th summer.

In 1967, Camp Champions opened for the first time. Over the years, we have served thousands of campers and created millions of memories. Following our 50th summer, we wanted to have an event to celebrate our history.

Over 300 people came together on September 23-25 for an alumni weekend, a family camp and lots of fun.

Soon after arriving, everyone gathered in the Coliseum for a torchlight ceremony and fireworks display. While the fireworks were excellent, I particularly loved hearing the adult alumni singing “Golden Champions” and hugging each other afterwards. Once the fireworks were over, we served s’mores to everyone and listened to stories.

We heard about meeting spouses and sending children to camp. We heard about watching the stars and tackling the lake swim. I was particularly interested to hear these stories from adults. Each summer, our Senior Campers (the high schoolers) will talk about how much the lake swim challenged them or how much they learned to appreciate people they did not initially like. But I found it particularly compelling when people in their 30’s, 40’s, 50’s or 60’s talk about the same experiences because they could relate it to successes at work, in marriages or with their parenting. I have always known that camp helps young people become more successful adults, but it was inspiring to hear so many personal testimonies.

On Saturday, everyone got a chance to be a camper – skiing, climbing, shooting archery, doing crafts, swimming and just having fun.

I was expecting that. What I had not expected was the celebratory aspect of each meal, especially lunch. The alumni engaged in a spontaneous “Attitude Check” between the men and the women. Attitude Check is a camp tradition where the girls and boys alternate chanting, “We feel good, oh, we fell so good!” with some rhythmic clapping. I would not have thought this tradition would still appeal to adults.

I would have been wrong.

They then shared favorite songs and chants for a full 25 minutes. It was so much fun to see their excitement while they channeled their inner campers. We saw tons of throw-back t-shirts and hats – a veritable fashion show of past looks.

The couple who were directors for our first decade (Coach Joe and Tricia Ma’am) joined us as well.  They are now camp grandparents!

In the afternoon, we had a Trojan-Spartan canoe race. Every former camper interested in racing put his or her name in a hat and we drew 11 Trojans and 11 Spartans names to serve as the rowers in an epic race. Kate Ma’am reported that one of her favorite moments was watching two current campers madly cheer for their mother as she rowed. [BTW, the Trojans won.]

We had a couple of receptions in our home that gave us a chance to share two amazing announcements:

The evening concluded with a special treat: a concert from Grammy-nominated singer-songwriter (and former camper) Lisa Loeb. Of course, she sang several of her own songs (including “Stay”), but she also played lots of camp songs. She has released a CD of camp songs, most of which she learned here at Camp Champions. We learned that her first public performance was here, singing “Stairway to Cabin 1+” (to the tune of “Stairway to Heaven”). Many of our alumni are huge fans and she invited them up to sing with her.  (I apologize for the grainy picture.  I went to the concert as a fan and not a photographer and realized too late that I only had my phone as a camera.) 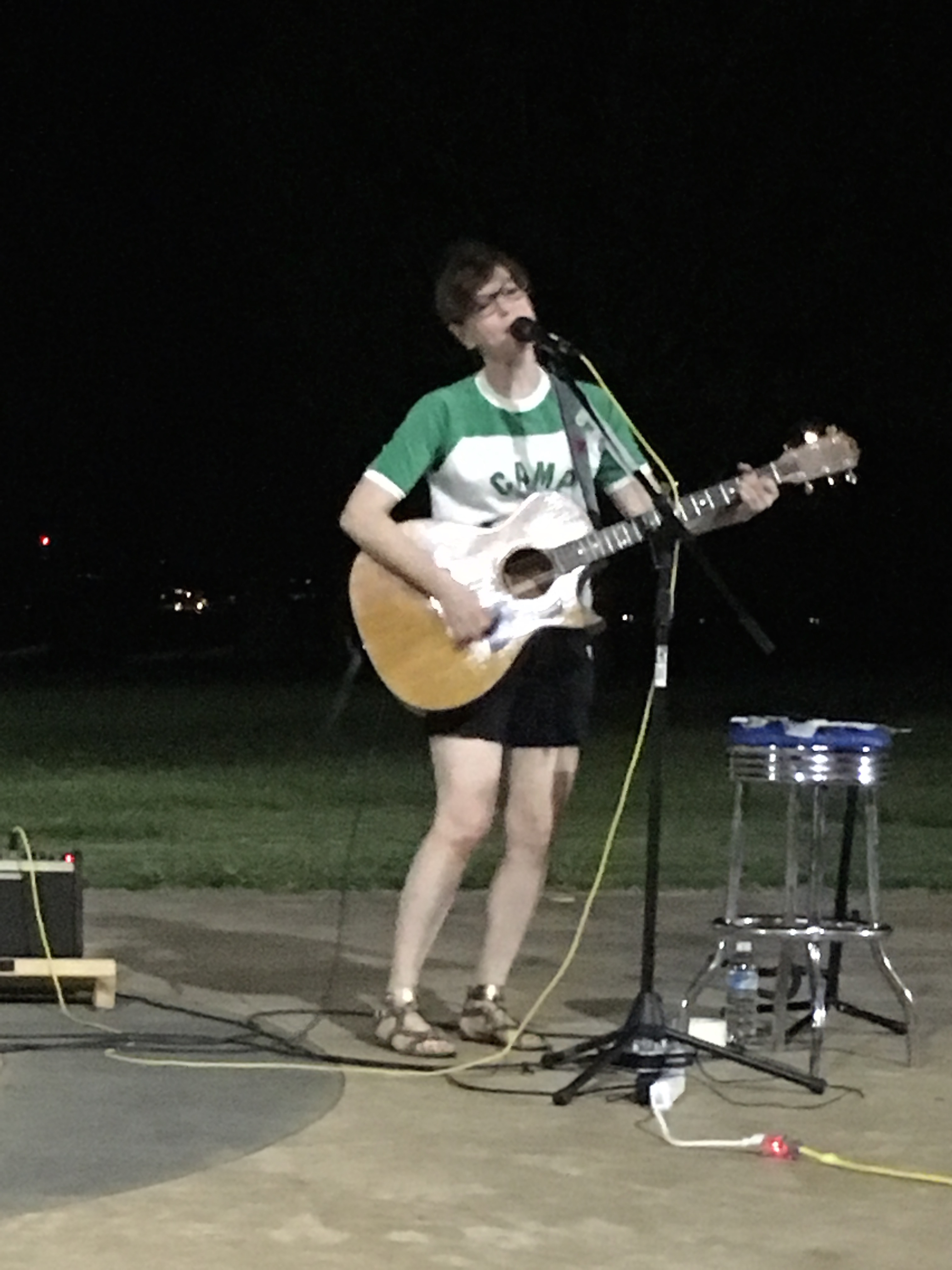 The weekend was such a success that we are already planning our next Family Camp weekend and Alumni gathering!