This morning, I read several stories about a soon-to-be-released study from the Harvard School of Education called “Turning the Tide”. It focuses on the college admissions process and makes several radical proposals.

There are reasons to celebrate the report, but there are also reasons to be frustrated.

Before I describe the report and its proposals, it is worth noting that it has been endorsed by over 50 of the top colleges and universities, including every single Ivy League school. It represents some important decision makers.

I also want to share that Susie and I have three high school seniors all in the middle of the admissions process. As a camp director, I have watched dozens of our oldest campers apply to colleges every year. In fact, we write many college letters of recommendations. But living through the experience has helped me fully understand the stress and strains that the process creates.  [Note: below shows Susie and our three seniors many years before the first thought of admissions requirements.] 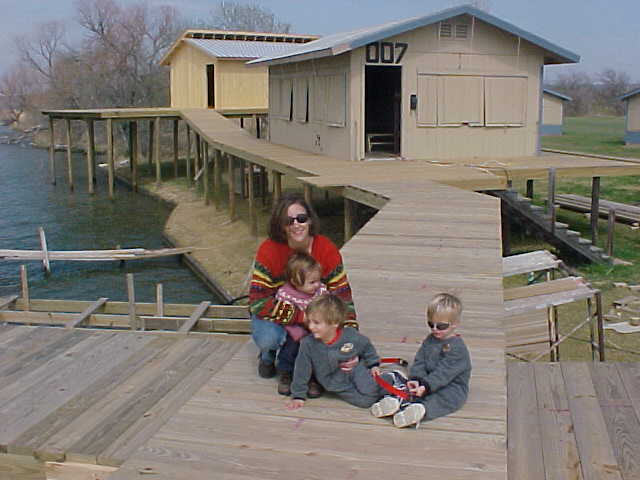 While the report is not yet publicly available, the articles share its major conclusions and recommendations.

It recognizes that the college application process sends strong signals to high school students and their parents. If a trait or accolade seems important to colleges, they become important to students. This directs the efforts and energies of both students and parents.

The admissions process overvalues rote memorization skills that drive the grades and the test scores, leading to the idea that scores and grades determine success on their own. It has also focused heavily on individual achievement. This emphasis leads to stress about grades and creating the perfect resume of activities.

As a result, a poll of 10,000 teens found that only 22% thought that “caring for others” was more important than “individual achievement” or “personal happiness”.

The report suggests that universities and colleges should change the emphasis of the application process to 1) focus on the complete person and 2) level the playing field for children from poorer homes.

Here is a sample of the recommendations:

On one hand, this report seems to be a great step in the right direction. Working with over 1000 young people each year, I know that each has the ability to shine and contribute in ways that are more than academic. Further, I enthusiastically applaud the focus on selflessness and helping others. The most content and admirable people strive to make their communities better and to serve others. The admissions process has previously focused teens on a much more selfish narrative: “I need to do impressive things, so that I can get into the best school so that I can have the best career”. If colleges can change this narrative, I believe young people will be more free to pursue endeavors that serve others.

But the report misses a critical opportunity. Graduates of higher education programs are entering the workforce with a deficit of certain critical skills. The Partnership for 21st Century Learning (perhaps the most authoritative voice when discussing the skills needed for career success) describes these skills, focusing on the “4 C’s” of Communication, Collaboration, Critical Thinking and Creativity. The vast majority of college graduates will leave school without these skills.

But the problem does not begin with the colleges. The bigger problem – and bigger opportunity – is with reforming the K-12 system. Unfortunately, the college admission process essentially dictates what the K-12 schools do. When colleges focus on tests, then elementary, middle and high schools foster rote memorization skills. If they value AP tests, schools will offer more AP tests.

But if college admissions offices focused on the 4 C’s, then K-12 schools would begin a major reform. They would create classes to cultivate teamwork and refine critical thinking skills. Programs that value and foster creativity would emerge.

In short, the report from the Harvard Education School does not go far enough. While I applaud the move to value citizenship and community service, I see a missed opportunity to endorse the skills that truly predict for success.

On a final note, this report makes me very happy about what we do at camp. We have campers that are exceptional students and some that are not, but each has a place in our community. At camp, you are valued for your contribution to our community and not judged by your achievements. You learn how to be a leader and how to communicate with your peers. When children are freed from the objective measurements of school, they are free to reach out, try new things, make connections and discover inner strength.

Also, campers develop the 4 C’s as well as leadership. Our environment is full of people and devoid of electronics, so it becomes a rich environment to strengthen these 21st Century skills.

Admittedly, I am a huge fan of education, but I just think that we put too much emphasis on measurable cognitive skills (math and English) and too little on character skills (empathy, citizenship) and 21st Century skills (the 4 C’s). These other skills are hard to measure, so they are under-emphasized.

It is my hope that the spirit of reform that motivated this report will lead to even further changes to the admissions process that will encourage reform at lower levels of education. Until then, camps will have to work extra hard to help develop the skills needed for success in college, success in the workplace, and beyond.