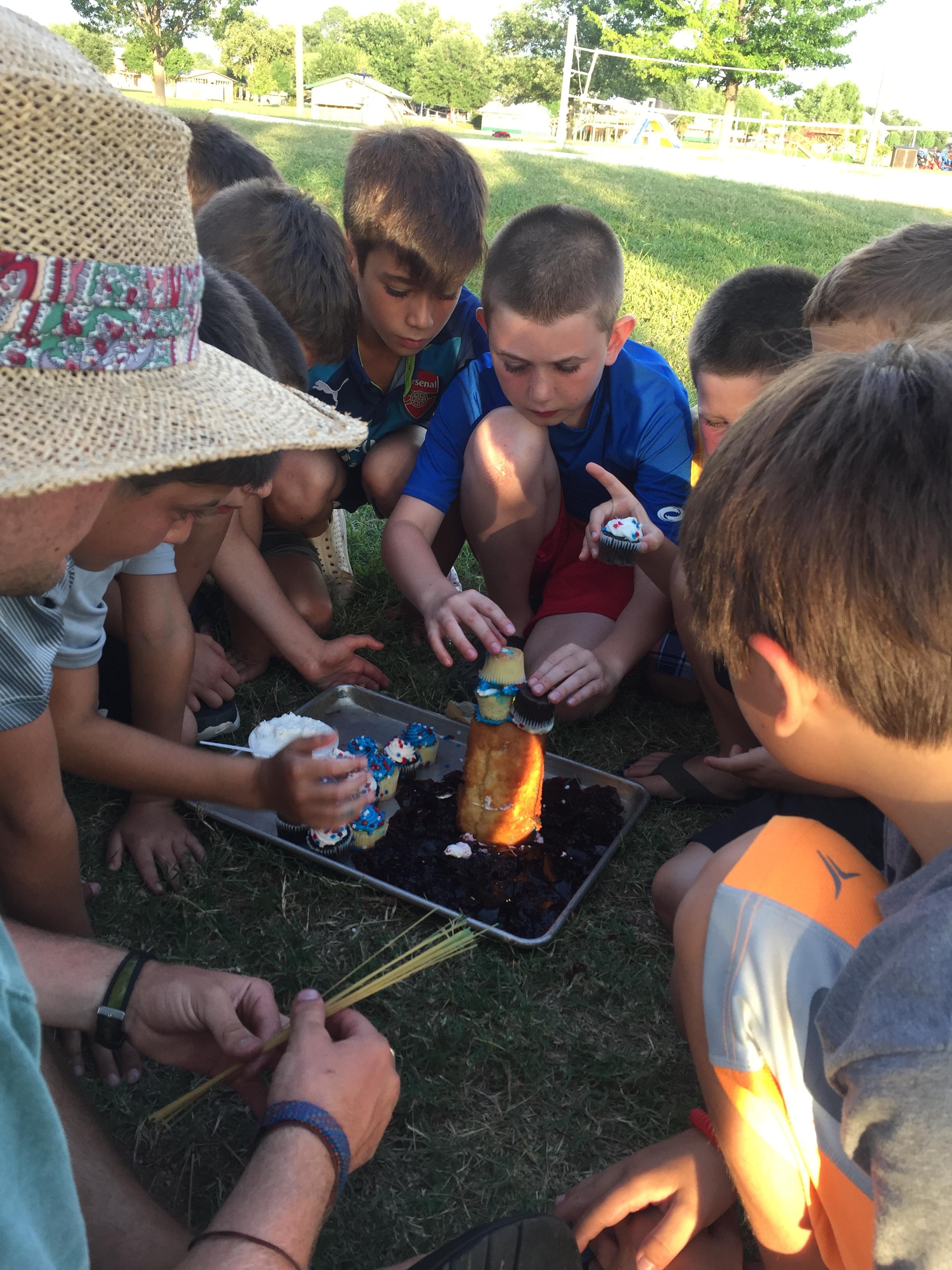 I have to hand it to our Rookie Division Leader. He managed to find and fun and creative way to foster collaboration skills.

For Division Night, the Rookies (boys who just finished 1st-4th grade) received a challenge: build the tallest structure you could out of materials we give them.

Some of you might have heard of the Marshmallow Challenge.  It gives groups of 3-6 2 pieces of uncooked spaghetti, tape, string, scissors and a marshmallow. The teams are then asked to build the highest tower that they can.

We will do this exercise this week with the Senior Campers who just finished 11th grade.

But Ben Sir, the Rookie Division Leader, thought it might be fun for the 7-10 year-olds.  But he decided to spice up the materials.  The campers were still given some spaghetti, but the similarity ended there. The Rookies were also given cookies, cupcakes, icing, and a poundcake. 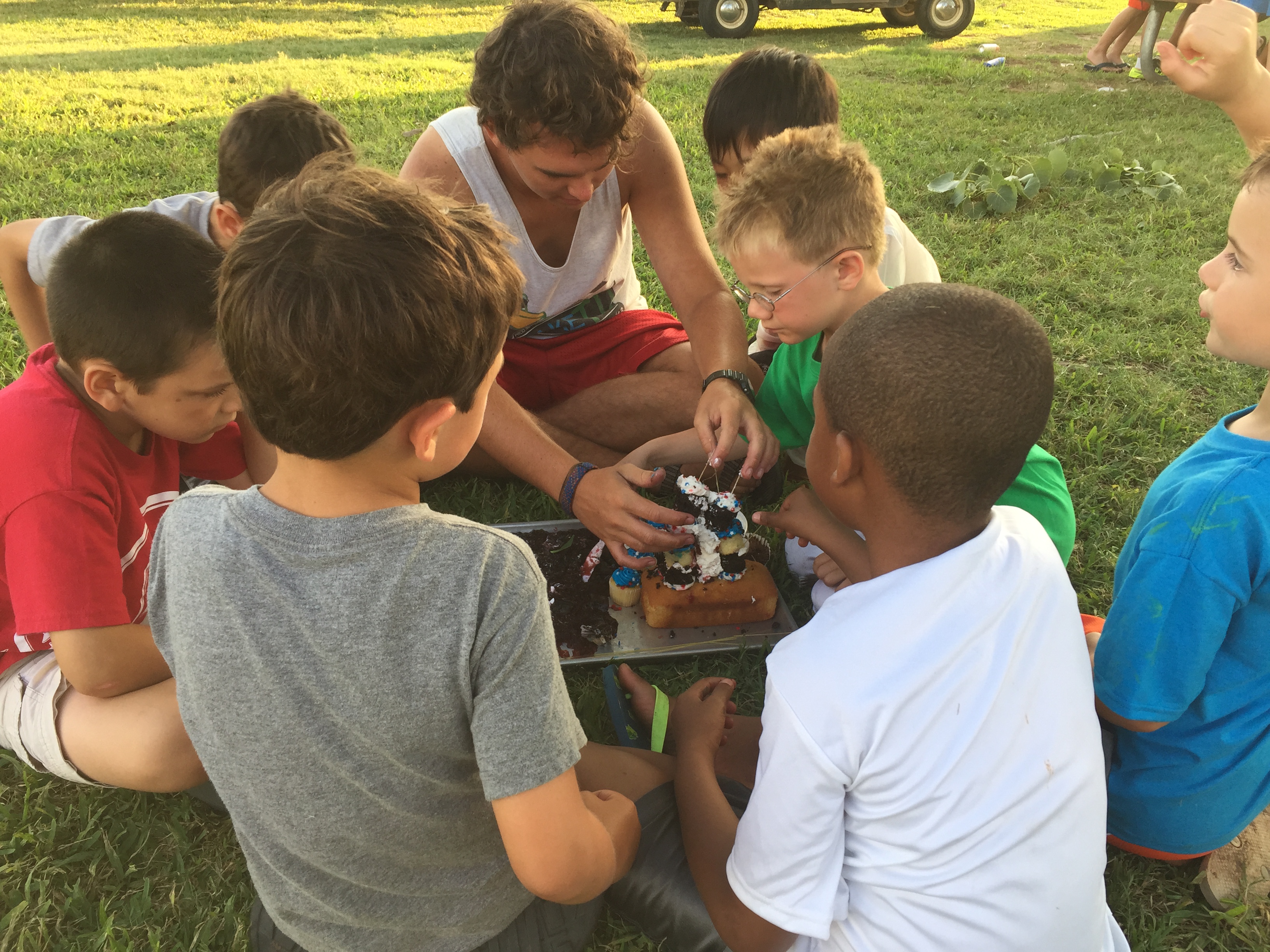 [Note: As I look at my blog, I worry that you might think we are in Junk Food City.  Actually, we have gone to great lengths to make our food options healthier. We have replaced sodas at Treat Time with hydrating drinks.  We have added to our salad bar each year.  Our morning snack is always fruit.  For these reasons, when we DO provide “fun foods” they are more of a hit. This activity was such an example. Also, please know that we got some snacks for our gluten-free campers as well.  Please read the June 15 blog on food entitled “Making Meals Marvelous” at http://blog.campchampions.com/making-meals-marvelous.]

People who do these challenges often say that young children are generally far better at these challenges than adults because 1) they become so immersed in the activity that they worry less about who “the leader” is or whose ideas work and 2) they do not worry about whether their tower will look good or impress. Typically they are more open to creative learning because they aren’t held back by other concerns.

Several groups learned that spaghetti can work like rebar and that icing helps reduce slippage.  Most importantly, they all learned to listen and experiment. They learned that initail failure leads to success later on: when something they tried once collapsed, they had to learn and try something else. I know this seems like a silly activity (and, I guess, it is – I suspect none of them will ever need to design a bridge made of party candy), but it teaches the very skills that predict for success in college and later in life.

I won’t tell them if you won’t!