An Apt Ending to the Best Summer Camp in Texas 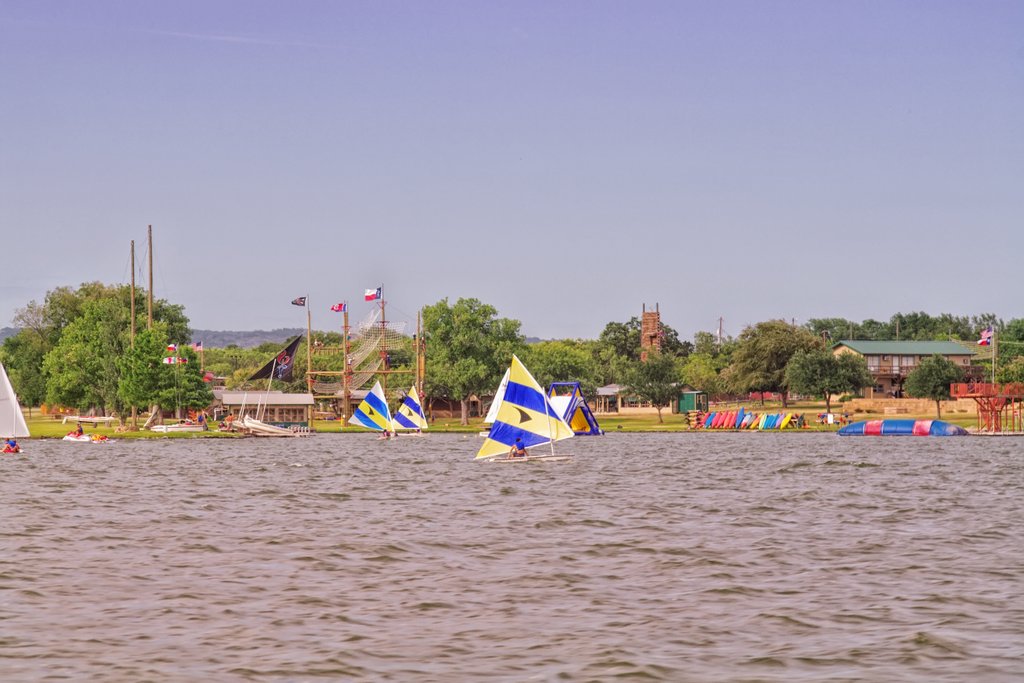 I have encountered an unexpected lull in the pre-Closing preparations and it seems like a nice time to share a closing blog.

This was an extraordinary session. It was notable in many ways. It was our largest. It was our most international, with campers and counselors representing 13-14 countries.  We enjoyed the best staff we have worked with. We created a team dedicated to first time camper families to help them make the transition to camp. We added activities (a new climbing wall, slack-lining), a new office and 6 new cabins.

But none of this captures what made this session special.

It was the little moments that made the term great.

Here is one example.  Three nights ago, all the Minis (girls aged 7-9) decided to “raid” the slushie machine.  Of course, we were aware of the raid, but the girls did not know this. Their counselors and Division Leader organized the assault during the second half of the camp dance, after the youngest campers had left.

Picture 45 little girls who are giddy with excitement. Now picture exactly how quiet and stealthy they can be.  Do you have an idea? Whatever you picture, assume they are 5 times worse than your assumption.

Susie Ma’am returned a little early from the second half of the dance.  As she walked back, the girls spotted her.  She knew they were there and was going out of her way NOT to see them.  [Note: sometimes “raids” are designed to be successful and sometimes the culprits are meant to be caught.  Last night, I “caught” 22 7th grade boys doing a raid. My role was to convince them they had committed a great crime . . . for about 30 seconds and then chat with them as they enjoyed their slushies.  The Mini raid was meant to be a strategic success, so Susie Ma’am was not to see them.]

Through a herculean effort, Susie Ma’am averted her eyes enough to maintain plausible deniability of the raid.

The next day, she declared at girls’ Flag Raising that the slushie machine had been raided and that she knew the culprit – the Letterman (boys primarily ages 10-11).

The minis erupted with giggles. Several of them came to Susie Ma’am later in the day and said that they were angels – not like those Lettermen – and giggled some more.  All of this tickled Susie Ma’am to no end.

Another lovely moment came last night. After our Awards Ceremony, all the counselors line up in the field next to the lake for Memory Lane. The campers get a chance to say goodbye to each counselor and give her or him a hug.  Campers that had seemed somewhat stoic for three weeks came by with huge smiles and slight tears from the realization that camp is ending.

We illuminate Memory Lane with flaming “CC’s” that are in the middle of the giant horseshoe of counselors.  Above us was a clear, star- laden night – moon-free and glorious.

In moments like these, we find the truest gift of camp – community, love, understanding and friendship.

Simply put, it is a great way to wind up a great session. I’m sure I’m biased, but with two terms down and two more incredible terms to go, I wouldn’t hesitate to use the word “best.”

Now if only we could find those slushie stealers!