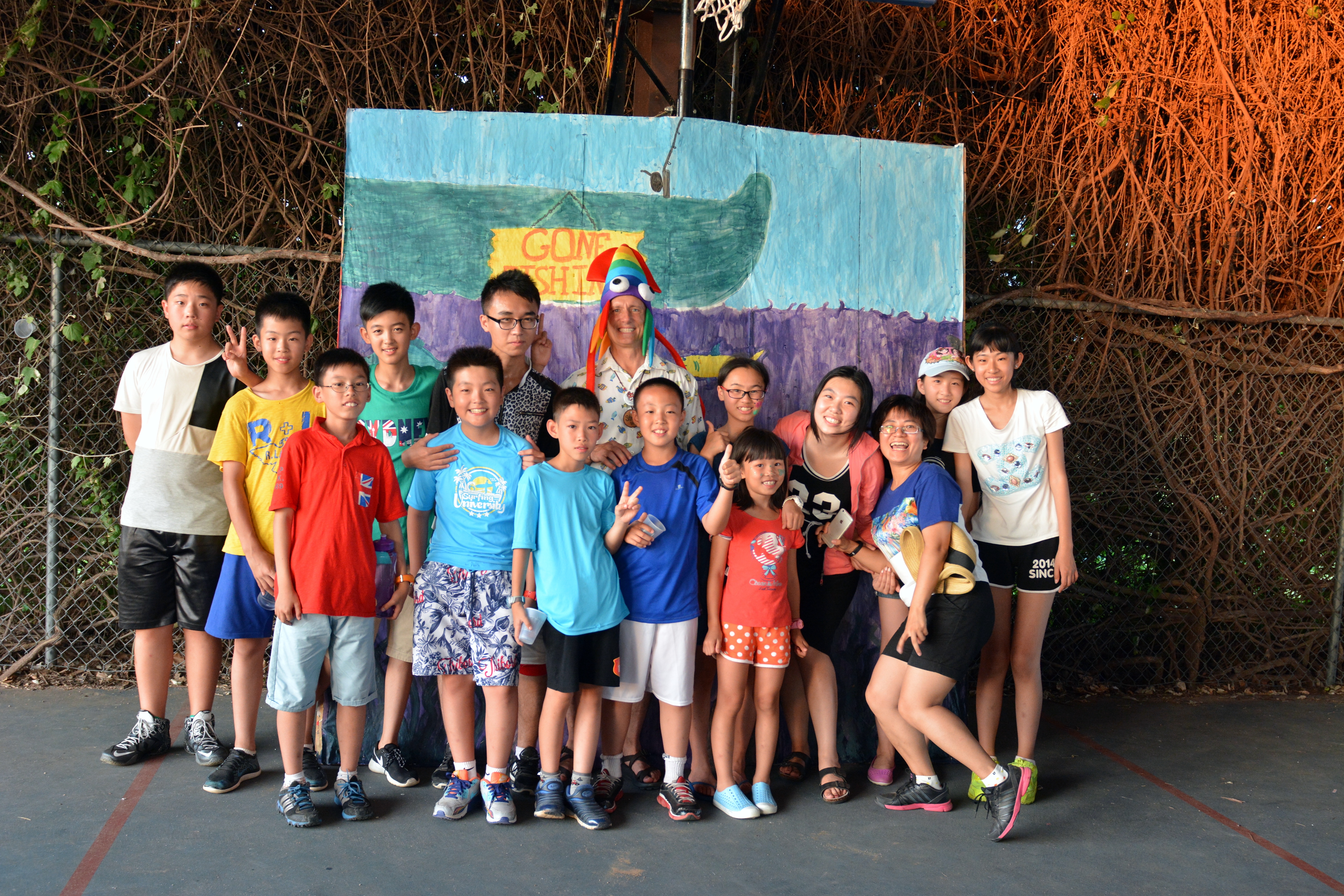 One of our long-time camp families was touring this session.  As we walked around and talked about old times and new improvements, we came upon Jeff, Harlem, Song and Bob.  They were enjoying a chat during treat time. The chat was a tad hard to understand. It was in Mandarin.

I have written a blog about our efforts to bring summer camp to China, but I have not written about the campers that have come to Camp Champions or the Champions campers that are currently in China.

My touring camp family chided me for not sharing this information.  This blog is my effort to atone.

I had no idea how groups of campers from China would do at Camp Champions.  Let’s face it; we have a pretty unique and odd culture even if your first language is English. Of course, we have campers who speak other languages, but most of them are Spanish speakers with strong English skills.  We always have multiple Spanish-speaking counselors (we have 10 here now) who step in to help if necessary.

With our Chinese campers, I knew the gap would be wider in every regard: from language to culture to jet lag.

But Susie Ma’am and I are committed to creating a multi-cultural experience at Camp Champions.  This summer we have campers or counselors from Ireland, Wales, Scotland, England, Spain, Norway, Italy, France, El Salvador, Mexico, Brazil, Canada, Israel and China.  We believe that learning to communicate with people from different cultures is not only fun, but also valuable in promoting global understanding and perspective.

With this in mind, I spent some of my time in China meeting with a woman who helps Chinese families find camps across the world. Since I visited China 5 different times this last year, I was able to address multiple concerns and set up the Camp Champions campers from China for success.  Before you wonder if I was being paranoid, let me share a story. A friend of mine who runs a camp in California agreed to have a group of campers come from China under two conditions: 1) they must be between the ages of 10 and 14 and 2) they must have strong English skills.  On opening day, a 4 year old arrives without a single word of English in his vocabulary. This is what we call “missing the mark”.

As much as we want a multi-cultural camp, we also know we have to maintain the integrity of our community. During my visits, we talked about a wide array of concerns.  To assure a strong experience, we came up with the following guidelines:

With their rules, we set ourselves up for success. Last session, we had 10 campers. This term we have 15. They have been a lovely addition to our community.

Some have excellent English skills while others are improving their baseline.  But the key for me is that all are eager to participate and quick to smile. I watched during Trojan-Spartan initiation last night and noticed that every time one of these campers was announced into a team, several returning campers on that team visibly cheered. The campers didn’t realize I was watching, so it’s clear their excitement and support is genuine and not for my benefit. Those with Chinese campers in their cabins seem to feel as though they have a special gift.

Our Chinese campers are learning a great deal, and I am not just referring to archery skills or kneeboarding technique. From 1980 until very recently, China has enforced a “one-child” policy.  I will refrain from any comments about the policy itself and will instead comment on the effects of the policy.  Under this rule, virtually every child is an only child, the center of a family with 6 adults (two parents and 4 grandparents).  This affects the child in two opposing ways.

Combine this with the highly competitive Chinese education system, and you have an environment that has little free playtime in general and even less free time with peers.  Social skills are a distant second in value to academic success.

The campers from China are experiencing more peer interaction than many of them have had in their entire lives. I would have thought that this would have been a real strain for them, but they are approaching the challenge with great attitudes.  To be clear, they are less familiar with free play, but they are not reluctant to embrace the challenge.

In short, our friends from 13 time zones away have been a joyous addition to our camp community.

P.S.  The cultural exchange is not a one-way street.  Starting on Sunday, six Camp Champions Senior Campers arrived for a 2 week international leadership summer camp in China - specifically, in Beidaihe, a coastal community. Our own George Zoeckler (former assistant director at Champions) is helping run this camp. I look forward to hearing what they learn interacting with the campers there.