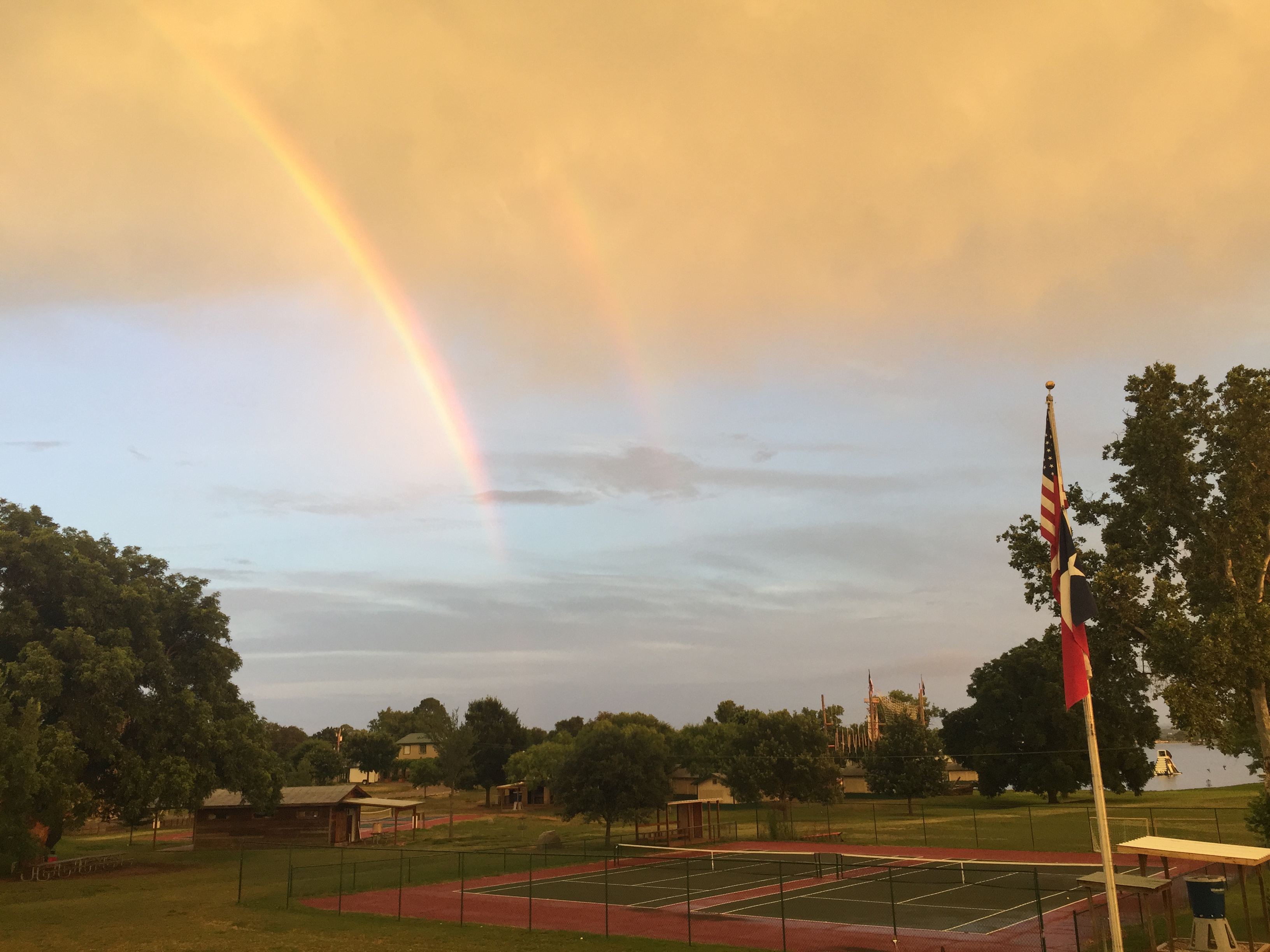 My lovely bride encourages the hopeless romantic in me, including my own camp memories.  I had a particularly powerful memory today that I would like to share with you.

Today, I was walking by the Pirate Ship.

The instructors had decided to bring a small music system to play tunes while the campers climbed.  They found that music helps redirect the attention of some of the reluctant climbers away from their worries and help them stay more positive.

That is not noteworthy.

What struck me was the song: “Peace of Mind” from the original Boston album.  These more familiar songs fall into that group of tunes that are so omnipresent you don’t notice them anymore.  You know this group.  It includes “Hotel California”, “Brown Eyed Girl” and “Don’t Stop Believing”.

But “Peace of Mind” is a little rarer. I have heard it less. So I had one of those moments when a song or a smell transports you to a distinct memory.

Boston’s first album came out in 1977. That summer was my 6th year at the camp I attended.  My best friend Liam Phillips (one of our twins is named Liam partially after my camp friend) brought an unwieldy and large “jam box” and several tapes. The two I remember are Boston and the other was Eddie Money’s first album (“Two Tickets to Paradise” and “Baby Hold Onto Me”}.  Classics. We listened to the tapes every afternoon and evening.

That summer, we also started to appreciate some aspects of nature that we missed as younger campers.  Liam always had a unique way of seeing things. He would see faces in rocks and stories in the stars.  Liam was full of special talents.  For example, he could hear a sentence and repeat it verbatim . . . backwards. When I say backwards, I mean every word was backwards as well as the order of the words.  Imagine a sentence in a mirror – that is what he could see in his head.   The sentence could be 25-30 words and he could still do it.

What I valued so much about my camp friend is that he helped me see old things with new eyes.

So that brings me to the memory.

The camp I attended has a 500-foot bluff that hangs over the camp.  The bluff faces west and sunsets would occasionally enliven it.   One particular day, a huge thunderstorm rose up from behind the bluff. The clouds were dark and ominous. High above the storm clouds, wispy white cirrus clouds hung as if the storm were not even there.

Sunsets during storms seem to make every color deeper and richer.  While the rocks in the bluff became orange and the bushes a deep green, the clouds virtually exploded in color. The storm clouds became copper and bronze.  The cirrus clouds, as if in another weather system, were turning pink and salmon and peach.

Liam and I were separated by 200 yards when the sunset started.

We both froze looking at the sun dance with boulders and clouds.

“Liam!”  I screamed without taking my eyes off the sunset.

We stood there silently for 15 minutes watching the colors change, intensify and then fade.  We then walked together in silence to our cabin.

Tonight, we had a storm come within 5 miles of us that hung over the lake as the sunset – not unlike that day. “Peace of Mind” was still in my mind.

In addition to my wonderful memory from 1977, I got a new one tonight.  Tonight’s storm gave us a full rainbow.  The rainbow was so expansive, that I could not capture it in a normal photo.

I heard campers calling to each other and saw them pointing to the sky.  At Torchlight, the boy campers stopped on several occasions just to appreciate it. We even gave the rainbow an ovation. Like Liam and me 36 years ago, we took in the majestic beauty.  I hope this becomes part of your child’s camp memories. I hope your sons and daughters shared this rainbow with a special camp friend. We are a non-denominational summer camp, but there are frequent moments here that feel spiritual in their own way.