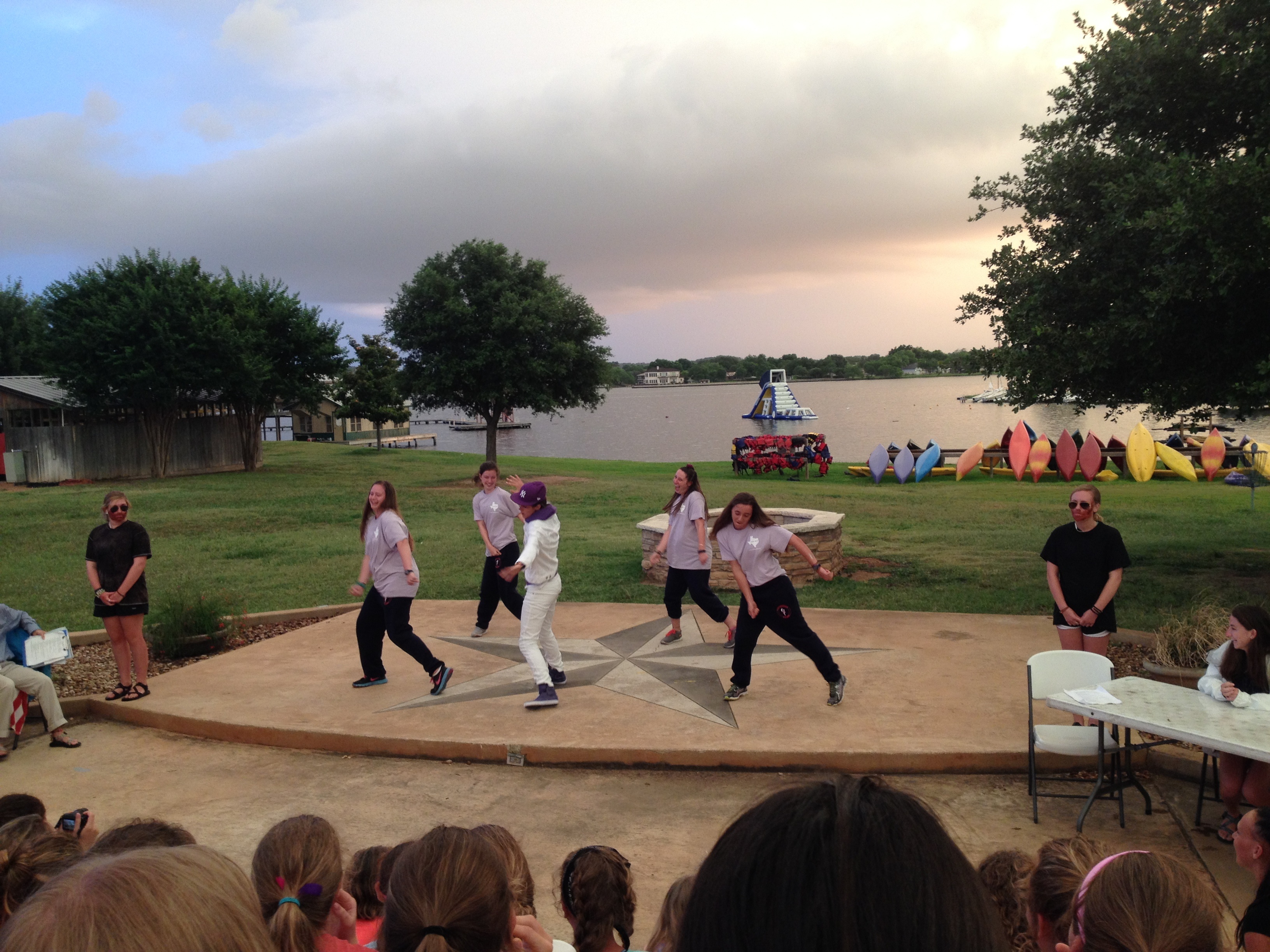 Today, I will attempt to share an activity from the girls side: Miss Champini.  I did not see it myself, but Susie Ma’am told me enough to describe it to you. I wish I had been there.

Miss Champini is one of those wonderful camp traditions that brings out creativity and silliness.  Each cabin chooses a camp-related theme and dresses their counselor as this item.  The cabin then presents their counselor (in full costume) to the girls side of camp and the counselor has to perform a skit and answer questions. This year, we saw the following:

The evening was made even more entertaining when the 11th grade Senior Campers (the SCATS) decided to take their responsibility as hosts extra seriously.

Several days ago, they were brainstorming about a theme for Champini.  One Senior Camper casually mentioned that she had a Justin Beiber costume.  Many a skit has been born with less than this.

They decided to create a dance (that is the photo I share) and then say that each of the Champini contestants were auditioning to be Beiber’s opening act.  BTW, I love the bouncers in the wings.

Susie reports it was the best Champini she has ever seen. Not a bad night.