Learning from a Spaghetti Tower: How Failure Leads to Success

Twice each week, we have the Senior Campers (the High School Leadership campers) come into our home for sessions designed to foster important capabilities.  For example, we will have entire talks about the importance of posture and vocal intonation for leading campers.  Other sessions are on controlling the use of technology (instead of it controlling you), habits that foster gratitude, and the importance of positive mindsets. 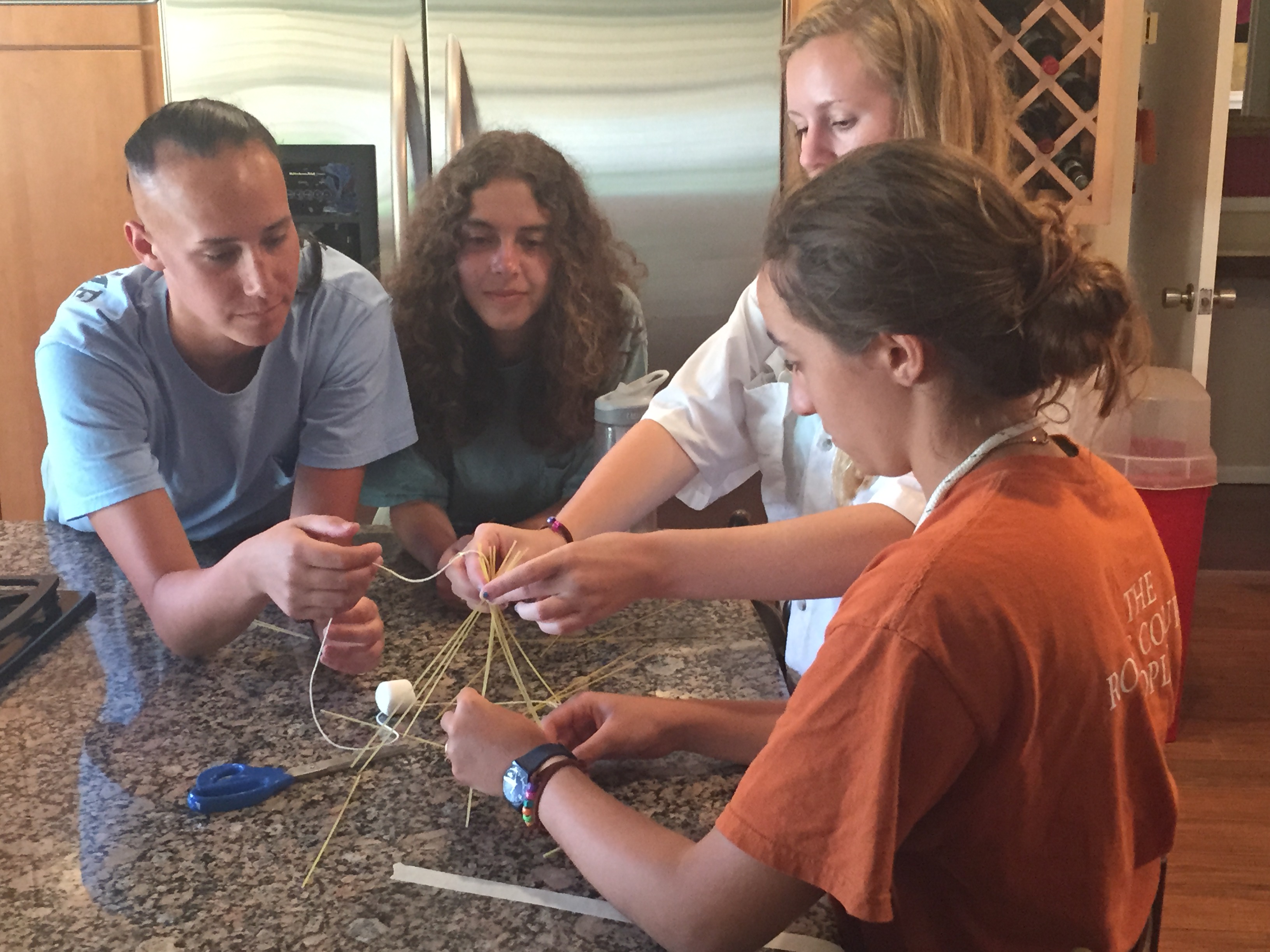 Today, the campers who have finished the 11th grade (009 and SCATS – don’t ask for an explanation of the names, it is not all that interesting) had an hour on teamwork and collaborative innovation. We introduced them to the Marshmallow Challenge, an exercise in team-building featured in a fascinating TED talk. This Challenge has been done by literally tens of thousands of people.

The campers broke into 6 teams of 3 or 4. Each team has 18 minutes to build the tallest possible free-standing structure out of 20 sticks of spaghetti, one yard of tape, one yard of string and a marshmallow. The marshmallow has to be on top.

Each group successfully created a spaghetti tower of at least 12 inches, which is above average.  Also, it is unusual for every team to be successful.  The tallest tower was 26 inches (the highest the TED speaker has ever seen was 25 inches), so our Senior Campers did well.

After their 18 minutes we watched the talk. In it, he talks about the groups that do very poorly (recent business school graduates) and those who do very well (engineers and kindergarteners).  The success of the kindergarten children was the result of three factors: 1) low level of ego, 2) high levels of creativity and 3) the fact that they constantly tested mini-hypotheses on an ongoing basis (rather than make a huge, single plan and add the marshmallow at the end.)

This last point exemplifies how children of this age are not yet afraid of failure. And since learning from failure leads to success, it’s critical to foster young children’s willingness to constantly try, and constantly fail, until they finally are successful.

The exercise gave our senior campers a chance to experience the importance of listening to each other, testing theories and iterating. As they prepare for the next step in their lives, I truly believe that the collaborative and creative skills they practice here at camp will set them up for success in college, success in the workplace, and more.

The winning group got the remaining marshmallows. Happily, they shared with everyone.