On a recent trip to a doctor’s office, the limited selection of magazines in the waiting room resulted in me reading a GQ (Gentleman’s Quarterly).

I found myself in the section on “gentleman’s attire”. Like many “sophisticated” magazines, it had a large spread describing the clothing that a successful man should wear.  You have seen these.  They usually include sentences like “She will know you are a superstar when she sees you in this linen suit and silk tie”.

The models all look muscular, yet slightly underfed. They look impressive, but severe and unsatisfied.

They also look pretty good in the expensive clothes featured in the layout.

While sitting there, the idea of attire equating to success struck me as truly odd for a couple of reasons.

First, none of the writers ever bother to define success.  Success seems to hover as a concept that includes making great money, sipping expensive whiskey, traveling to exotic resorts with supermodel girlfriends and working at a firm steeped in status.  They never seem to suggest that contentment or contribution are part of the success equation. No articles talks about finding a true soul mate or preparing for the unequalled job of parenting. Success in GQ is quite materialistic.

Second, I was amused at the idea that success can be advertised in items worn on your body.  I think little of the human soul shines through – even in a tailored Armani suit.  But I guess fashion is a good barometer if you buy into the idea of success equaling material items.

Today, I met with the 9th grade boys. We talked about a man named Joe Ehrmann. Joe was a All-Pro football player that eventually committed his life to working with young men. He observed that we bombard our young men with the message that masculinity equals athletic accomplishments, sexual conquests and financial accumulation.  He calls these ideas the “three lies of masculinity”. He believes that they distract us from a greater truth, that being human is about two simple things – caring for others and serving something bigger than yourself.

We did and exercise with these young men where we asked them to think of the man they admire most and to share the adjectives that describe him best.  The words that come out of this exercise are inspiring: loving, responsible, young at heart, patient, caring, humble, hard working, committed.

These are the attributes that they admire in their hearts.

But at the same time, each of these young men has one foot in the world of the “3 lies”.  Part of them want to be the sports and music stars they see. They want to be James Bond.

But being great with the ladies or rich or the starting quarterback did not show up when they talked about the one man they most admire.

I think that is quite encouraging.

Does character determine success, or these three lies? We suggested that the qualities that they listed in their role models represented their “Champion’s Heart” and they should be willing to hold onto this heart even when the 3 lies of masculinity.

Susie Ma’am ran a parallel session with the 9th grade girls talking about the “3 lies of femininity”: 1) you must be beautiful in an unrealistic and often unhealthy way, 2) you cannot communicate directly without being considered pushy and 3) you are define by the man you end up with.  Once again, the lies distract us from our greater calling to connect with other people and serve something greater than ourselves. The girls dicuss positive body image, how to improve self confidence, and more.

So I think back to the GQ I was reading and I smile. I know that the magazine’s definition of success is off-base.

I also know that there are many ways to “dress for success”.  Today, dressing for success means a squid hat with waders for me and an octopus dress for Susie Ma’am (for the Gone Fishin’ Dance).  Seems like a success to me! 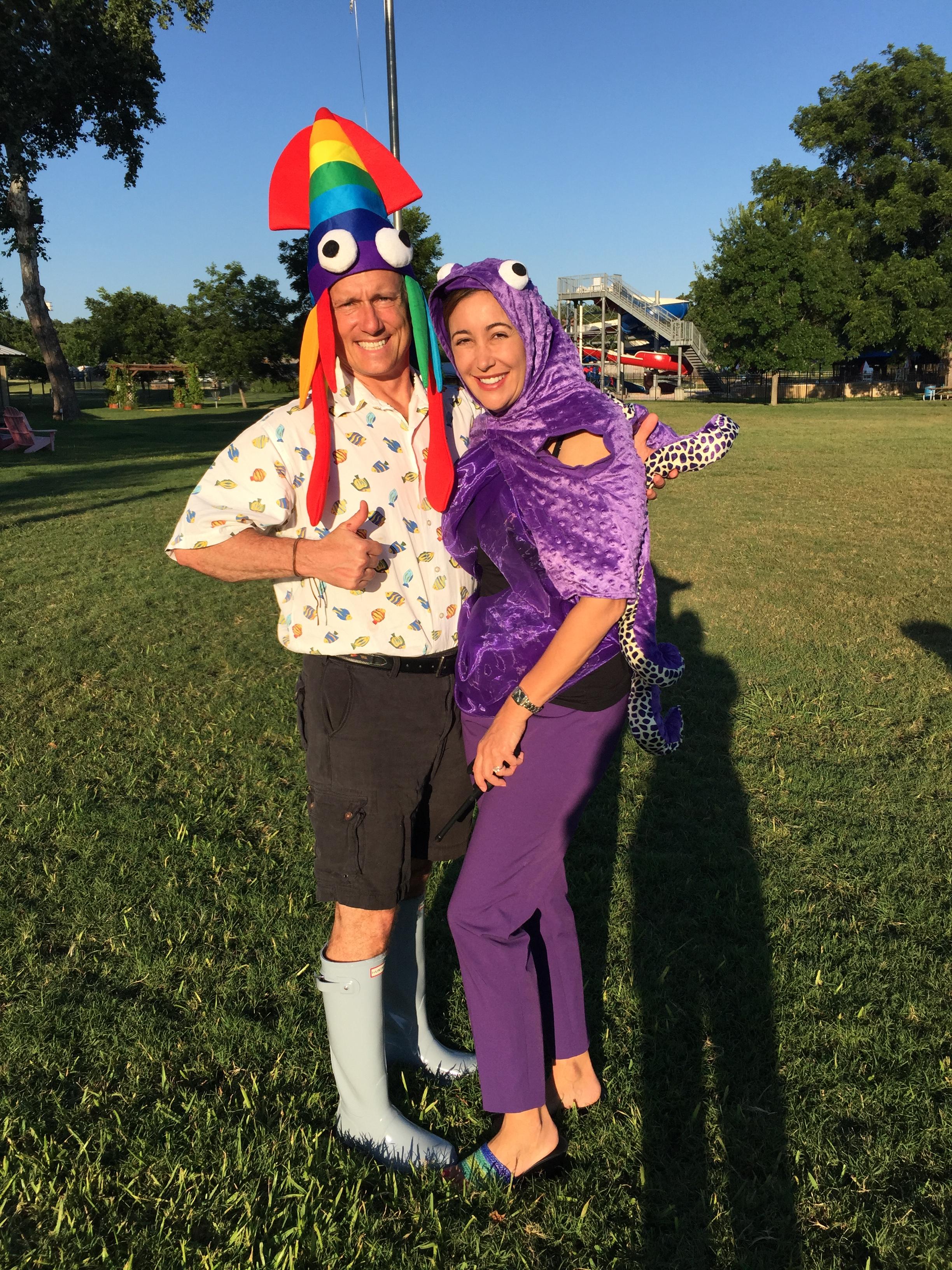