Canoes and Role Modeling: A Frame for Younger Campers 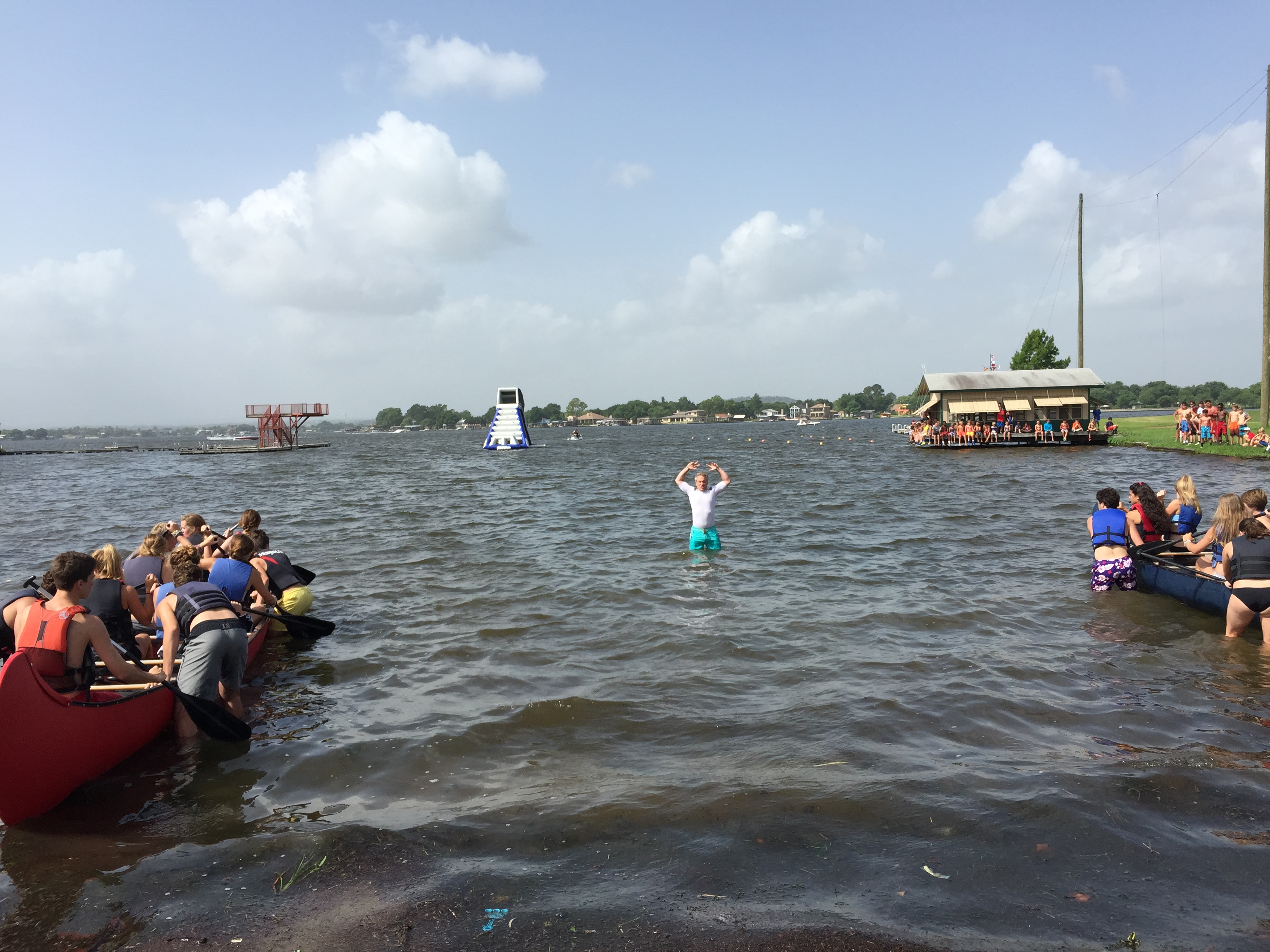 We had our second Trojan-Spartan games today. I am sure that the photos will show tons of campers smiling, running, throwing and rowing.  I would like to share one of my favorite Trojan-Spartan traditions and give you a report on how well it went.

We have war canoes at camp that allow 11 people to row at a time.  There is also room for 3-4 additional people who can be riders.  We use these canoes for two distinct purposes.

First, the youngest Senior Campers (those who just finished 9th grade) use them to paddle 3 miles to a remote site for a mini-retreat.  This trip occurs on the first day of camp.  Most of the Senior Campers have been coming to camp for years and know everything about camp. They know that we serve Caesar salad and pizza at the first meal and that Torchlight features The World’s Greatest Counselor Skits (I assure you, this title is hyperbolic).

But we want them to know that the Senior Camper program is different and distinct from being a “normal” camper. With this in mind, we borrowed some ideas from Joseph Campbell – one of the world’s greatest experts in mythology and stories.  He points out that every “Hero’s Journey” begins with the hero “crossing the threshold” between the world s/he knows and the new world of challenge and triumph. With this in mind, we make the Senior Camper canoe trip the start of a threshold experience.  Rowing for 203 hours is certainly different from eating pizza.

The canoes lie fallow for 2 weeks and then reappear for the second and third Trojan-Spartan (T/S) games. Today, the oldest Senior Campers (the 10th and 11th graders) started the T/S games with an epic canoe race.

Technically, the Spartans won. At least, they crossed the finish line first.  But today, the Senior Campers won.  The Spartans did not celebrate until they had completed the entire race.  They were 25 meters ahead and could have stopped rowing prematurely to take the glory, but they finished.  They were model victors. 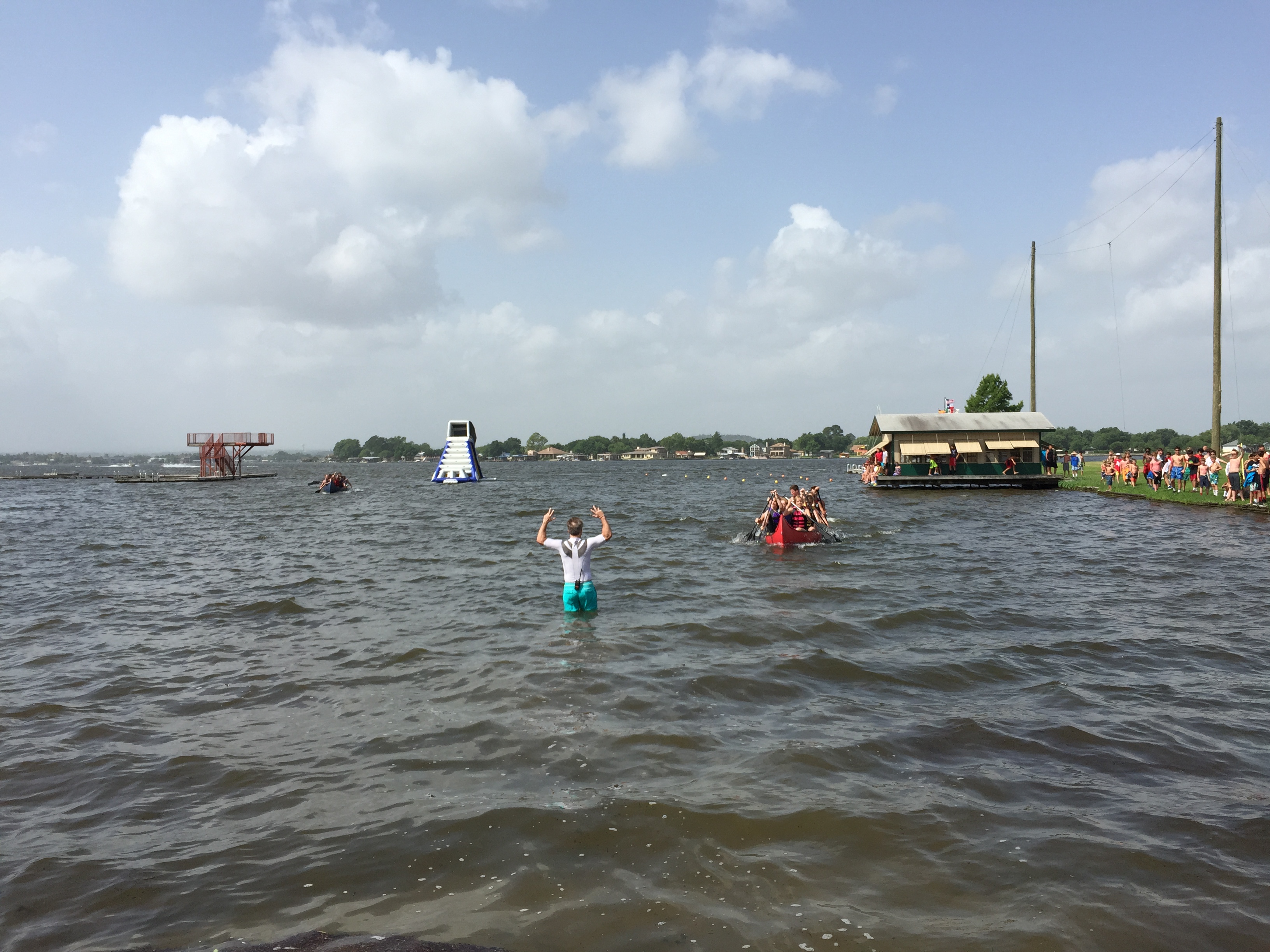 Similarly, the Trojans kept rowing like the outcome was still in question.  They modeled perseverance and graciousness in defeat.

At the conclusion of the race, the sternsmen of both boats made a point to find each other, shake hands and hug before focusing on their own teams (that is the photo I share).  They did this without coaching. 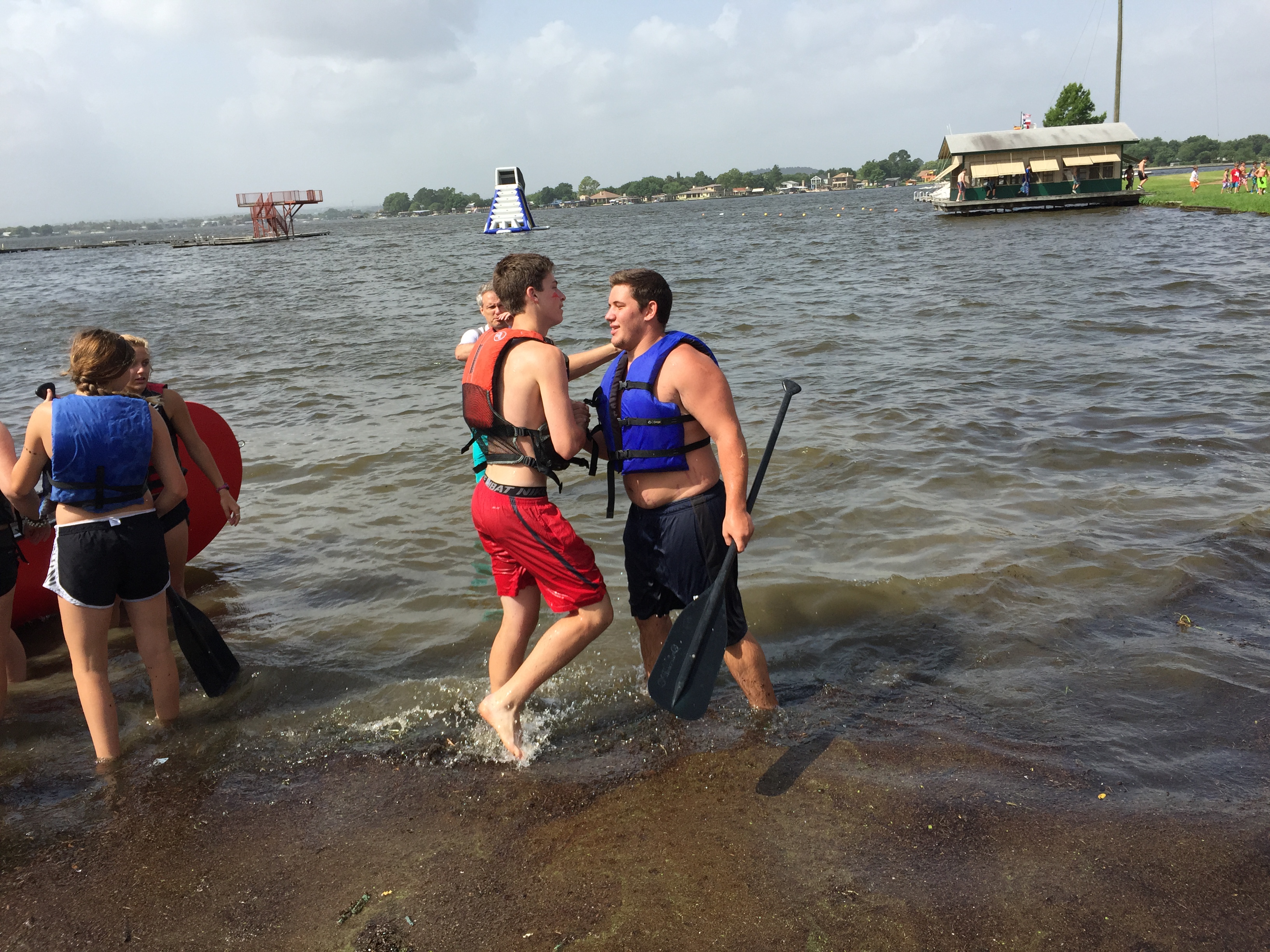 The entire camp lines the cove and cheers. It is so easy for the rowers to see this as a race that is about winning and losing, but it is actually an opportunity to model behavior for the youngest campers.

The little ones look up to the Senior Campers. This is a new experience for them.  Typically, high school students are very focused on their own lives and feelings and preferences: they are worried about current popularity or needs, or perhaps upcoming challenges like success in college. They generally do not have the burden of hundreds of little eyes watching them.  That is one of the reasons I was so proud of these young men and women.  They chose to embrace the role of exemplar. They ensure that the campers that watch them have a frame in their mind of what champions should be like: supportive, respectful, and determined.

They made camp just a little better today.

Not a bad result of a race.