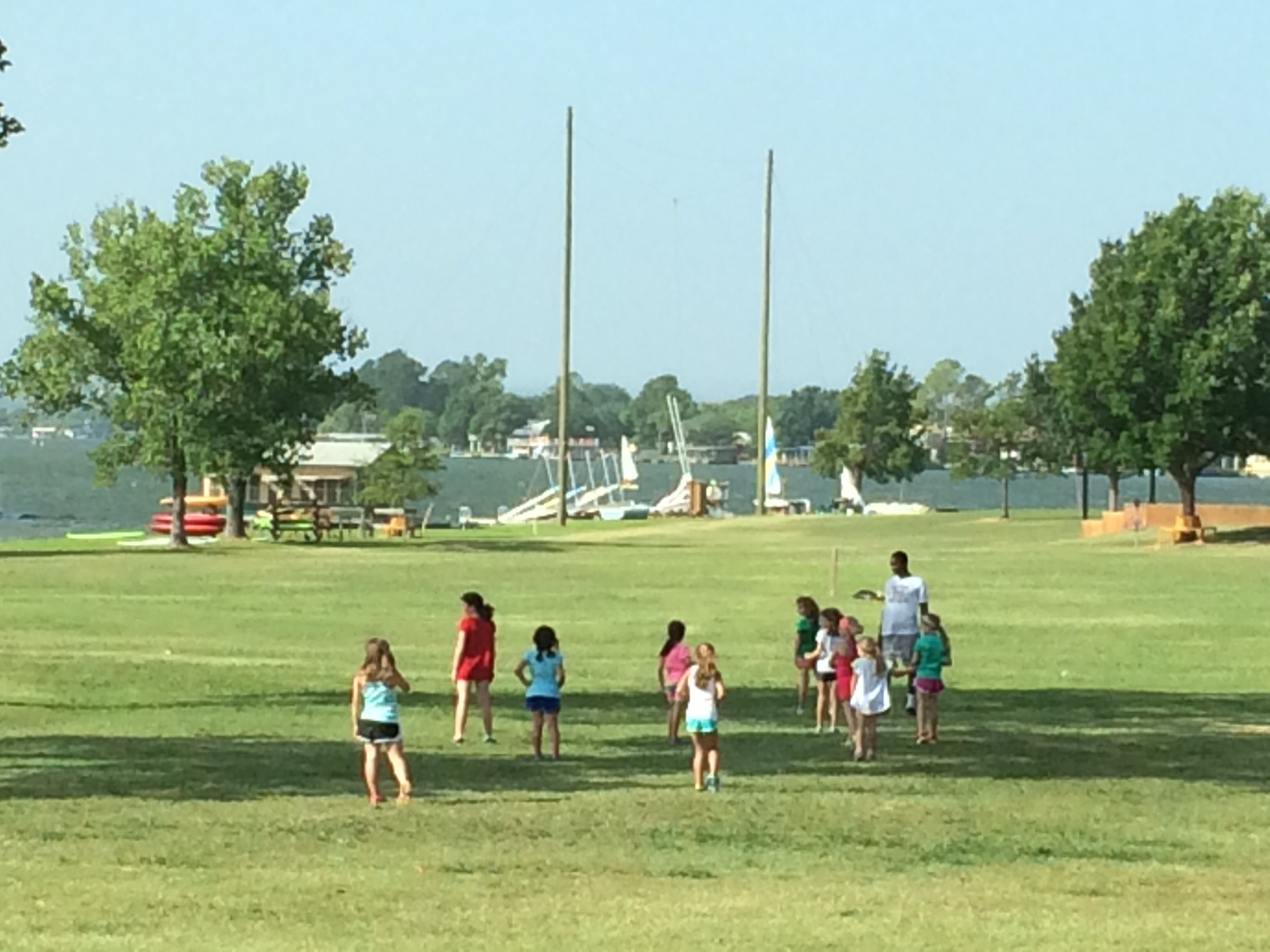 The smallest things can bring joy to a day.  This morning, I left early to take one of our twins to the airport (he is going to camp in New Hampshire having finished 3 weeks here) and I returned during the middle of first activity around 9:20.

As I walked into the house, I looked out our windows onto camp.

On our tennis courts was the Elite Tennis class.  This class if for campers who want to hone their skills each day during first period.  The strokes looked great, the campers smiling and the counselors provided personal instruction.

My eye then drifted to the grassy field next to the court.  There is saw the youngest cabin of girls (Riggabamboo) dashing about, suddenly freezing, dashing again, suddenly holding hands up and dancing, and then freezing again.

It was heart-breakingly cute.

Clearly, the counselor was creating some mutant form of “Simon says” and “red light, green light”.  What I loved most was seeing how every girl was completely engaged.  When they froze, they were statues.  When they were told to run about, they were little whirlwinds.

The counselor would occasionally whisper to make sure the girls were really focused.  He was having as much fun as they were.

The class was “Mini Fitness”.  This is not an easy class to run, since 7 and 8-year-old girls are rarely thinking about fitness.  Fitness for a Mini is running and dashing.  Exactly what I was seeing.

You might not think much of this interaction.  It simply looks like silly fun.  But I saw several greats things.  First, all but two of the 10 girls were returning from last year.  So I knew that 8 new campers were smiling and giggling in one of their first regular camp activities.

Second, the counselor recognized that a group this young should have a playful period rather than an instructional one to accomplish the goals.  When campers are having fun, they become part of the camp community very readily.  This group did not need drills, they needed giggles.

Third, I kept seeing him smile as well.  They were all having fun together.  Campers are more likely to respond to adults that engage with them and interact with them than adults that are stand-offish.  We were showing these girls the kinds of counselors that we value.

Finally, he was letting the girls modify the rules as they played.  I found out later that it started as “red light, green light” and kept morphing at the recommendation of the girls.  When a suggestion came up, he would ask them if they wanted to change the game of stick with the same rules.  They would collaborate for a moment and dictate their preference as a group.  As a result, this silly darting about on a grassy field became an exercise in collaboration and communication.

The reports from all over the camp are coming in great today.  The new tower at the Swim Bay is a huge hit.  The campers are particularly delighted with the new zip line.

The Pirate Ship provided challenges to the campers while also delighting them.

I hear nothing but the best reports from all the activities.

In short, camp is in full swing and we are enjoying every moment.