Campers often ask odd questions. Some of the questions come out of nowhere.

“Is it hard to run camp when you are old?”

“Do you go on the glob every day when the summer is over?”

“What makes you want to build a camp?” (Actually a good question.)

Other questions are so odd that you know that someone has been feeding them – shall we say – creative information. Today was such a day. During Man Cave with a group of 9 year-old boys, I got this question:

“Is it true that you were raised by Albacas and Wiley (a 17 year old Senior Camper) adopted you and raised you?” 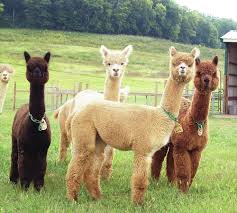 I looked at Wiley who was leading them between activities that day.  I did not want to ruin his fun, but I clearly needed more information.  I could not participate in this new myth without additional information.

“Yes Steve Sir.  I told them about how I was born in New Orleans and decided to leave home at the age of 3 months to seek adventure.  My travels to South America brought me to a large herd of Alpacas. As you might remember, it was there that I found you.  You have hairy legs because of your time with them. [Note: I do not follow the logic of this argument either, but it seemed to hold water with the campers.] It took years, but I eventually civilized you.”

OK, so he has sold them on the idea that a 17 year old found a young version of me and domesticated him.  I am 49.  You would think the age difference alone would negate the story.  Nope – they all look to me for confirmation.

I have a basic rule as a camp director. I never tell campers a lie. I, however, also like to have some fun with them.  This leads to creative truth-telling.  My response is an example:

“Why would you doubt his story? Is there some reason that you do not think Alpacas would like me enough to raise me?  I certainly do have somewhat hairy legs.  I sure am glad that I am here now and not in South America with a herd of alpacas.“

None of these statements are lies. In fact, they are either questions or true statements. The campers seemed amused and informed.

So that group of campers had some extra excitement during our Man Cave, but if your son returns home and tells you that Wiley found and trained Steve Sir, you should know that it is not quite accurate.