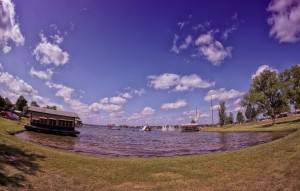 OK, I am running the risk of being a broken record.  Yesterday, I wrote about framing experiences.  Today, one of my “Big Picture” articles is about the same thing (“Like is what you sort for”).

But I just felt I had to share a quick story from today’s girls’ Lake Swim.

We line the lake with kayaks and lifeguards to keep a close eye on all our swimmers.  The kayaks also serve as a resting opportunity for a swimmer hoping to stop for a minute.

It takes a while for all the kayaks to line up and form the channel for the swimmers.  While this happens, I often find myself talking with the kayaker closest to the dock.  This morning, it was a counselor and lifeguard who was a camper and Senior Camper for 8 years.  While she was there, she asked what I have been writing about (she knows about my blog).  So I told her the unicorn story and we talked about the power to interpret experiences in a positive way.

During the swim, she dutifully watched the girls go out and return – cheering and encouraging the whole time.  The first swimmer returned in under 16 minutes.  Most of the rest arrived between 20 and 30.  Toward the end of the swim, we had 3 swimmers remaining.  [Actually, we had 3 campers, Susie Ma’am and the Division Leader Zoe Ma’am were swimming with the girls to support them.]

The third from last gal got a little tired and decided to rest on a kayak that was about 250 feet from the end of the swim.  When she grabbed the kayak, it tipped the counselor out (a lovely British guy named Tom Sir).  He fell in and everyone chuckled – including our swimmer.  After a 15 second rest, she continued to swim.

We were 39 minutes into the swim and I had been screaming times and encouraging campers for 24 straight minutes.  With the break in swimmers, I saw a chance for some fun.  I then yelled at the swimmer that she could be “the first camper ever to knock over 2 kayaks and still beat 40 minutes!”

I said this as if it were a really big deal.  Clearly, it is not, but delivery is everything.  She grinned and started to swim straight to the kayak of the lifeguard I had been talking to 50 minutes earlier.  She grabbed the boat and pushed – the counselor then readily rolled out on queue.  The swimmer then turned back to the dock and finished in 39 minutes and 45 seconds.   She was delighted.

The swimmer is a very talented athlete, but a reluctant swimmer.  She had not been looking forward to this swim, but she was really happy at the end.

Meanwhile, the lifeguard endeavored to get back into her kayak.  She looked back and me and smiled broadly, “that was fun – and the water is refreshing.  I also loved hearing the girl giggle!”

I have seen counselors go into the water and see it as a true inconvenience or at least a mild hassle.  She, on the other side, celebrated everything about it.  She chose to see this as a chance to make the Lake Swim fun for a reluctant swimmer and get a little dip in.

I told her that she had just modeled the message from my blog.

I thanked her anyway.