Am I a Rookie? 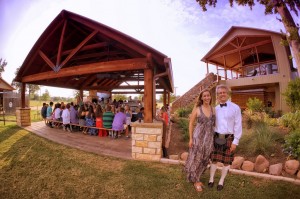 As a 48 year-old father of 4, I generally do not think of myself as having much in common with 8 year-olds.  I am less flexible, am less excited my slushees and rarely play gaga.

But as I sit here looking out at camp at 7:15 - 90 minutes before wake-up call, I realize that I actually do.

First of all, neither they nor I can sleep in on Sunday.  Once a week, we allow the camp to sleep to 8:45 rather than 7:30.   This is much appreciated by all the counselors and the vast majority of the campers.

But not me.  I am a canary that wakes as the sun rises.  Also, one of our 16 year-old sons left this morning to catch a plane to Minnesota for a week of Spanish immersion camp (his idea – a tale for another day).  So I have been up for a couple of hours.  Put as Susie Ma’am is driving him to the airport, I sit in a window seat and look out at camp.  I was expecting to see hummingbirds and hear the mockingbirds.  I expected to see the camp idle and quiet – as if it were taking a deep breath preparing for a eventful day.

I saw that, but only briefly.  I also saw (and see) Rookies playing tennis, pickleball and tetherball.  I suspect that the Minis are similarly active (my current vantage point does not afford a view of the girls’ side of camp), but I know that the Rookies are on the move.

I see this as a great sign.  I am accustomed to seeing the young ones up early on the first few days of camp, but not so much later in the session.  After all, camp days are active and full of excitement, so waking becomes a little harder each day.  At least, that was the case in the past summers.  This year, we made an adjustment or two that enables our youngest campers to get to sleep 15-30 minutes earlier than they have in the past while also allowing the older campers to enjoy increased bonding time.

If I have described this before, please forgive me.  This summer, we have introduced “nightly rituals” for each cabin.  We are starting torchlight 5-20 minutes earlier and shortening it a tad as well.  We are also having the youngest campers shower before dinner (they are the last call to dinner, so they have the most time between the end of activities and the start of their meal).  With the extra time after torchlight, we have every cabin gather together for a wind-down time.  For the Minis and Rookies, this is mostly a time where we read to them and then tell each “good night” individually.  As the campers get older, it is a time where they can talk about the highpoints of their day, a daily hero or a way they could have improved their reaction to something that day.

[Note: each of these practices have tons of research behind them that suggest that they help rewire the brain to become more optimistic and happy.  I, however, will not regale you with all of this.  Please just take my word for it and instead focus on the great mental image of campers sitting in a cabin talking and bonding!]

One of the great ironies about adding 10-15 minutes of reading at the end of the day is the fact that campers get to sleep earlier.  They brush their teeth and prepare for bed faster in hopes of getting extra reading.  They then float off to sleep rather than whisper and talk.

As I watch the Rookies, I see a few other shared characteristics.

I am looking forward to a full day.  We will have our second Trojan-Spartan games, a pickleball tournament on the boys side, “lemons and powder sugar on the girls’ side (I am not sure I really understand this, but it involves a lot of GTT – Girl Talk Time), Vespers and the T-Bone Club.

The T-Bone Club is a way we celebrate the oldest campers – those just finishing 8th grade.  If they choose to return next summer, they will need to apply to be Senior Campers, so this is their last week, as “normal” campers.  To honor them, we set out nice tablecloths and ask them to dress up.  We than serve them steaks, double-stuffed potatoes, green bean casserole, a special sauce, bread sticks and strawberry cake.  We also toast them with sparking grape juice in plastic flutes.

Susie will wear something that is lovely.  I will wear a kilt with a tux top.  I have no idea why I do this other than to have some fun.  I also explain to the guys that the world is broken up into 2 groups – guys who look good in kilts and those who wished they did.

By tonight, I will have worn either 4 or 5 outfits.  I will also be tired and happy.

Wait – one more thing I will have in common with the Rookies!