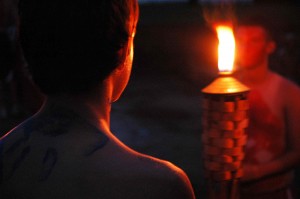 After talking with several of the campers who have graduated from the Senior Camper Program, we have learned that attending the program helped get them into the schools of their choice.

Several of the graduates of the program (for campers finishing 9th -11th grade) wrote about it in their college admissions.  Several others had us write letters of recommendation for them.  Of the graduates who talked about the program, each has gotten into either his/her first or second choice school, including UC Berkeley, George Washington University and James Madison.

I would not be so bold as to assert that the program was an important factor except for the following anecdote.  The admission director of George Washington told a recently accepted Champions camper the following.

“Two things set your application apart.  First were the essays in which you talked about how much you grew and learned at camp.  Second was the recommendation from the camp that we received.”

As I thought about it, I think there are several reasons for this.

First, our senior camper program is an experience that builds many of the skills that college admission directors value: service, leadership, maturity, responsibility, communication skills (you know – those 21st Century Skills that I wrote about earlier).  We provide them challenges that build these attributes.  For example, helping a group of 8 year-olds get ready for bed or clean up a cabin builds leadership skills and patience.  Helping a homesick child through a tough day builds compassion and maturity.  Doing work projects around camp or in the kitchen allow them to practice service.  We also reinforce these attributes with lessons, clinics and group discussions that help them “process” the experiences that they are having.

Next, the program is a unique one.  Admission committees have to read literally thousands of applications.  Over time, the candidates (outstanding though they may be) start to blur together: grade points, school extracurriculars and SAT scores all in one big soup.  As they read them, they start to remember those that are different.  For example, a woman who raised money for the Katrina victims or a man who had a poem published stand out more than the members of the National Honor Society simply because they are different.  In this way, they end up in the “short pile” of memorable and unique applications rather than the “tall pile” of similar applicants.  Talking about camp helps put you in the small pile.  In fact, I am convinced that my camp essays helped to get me accepted at Stanford, Davidson and Yale for undergraduate schools and Harvard for graduate school.

Finally, passionate essays are more fun to read than staid ones.  Graduates of our program tend to love camp and love the program.  This passion comes out in the essays and makes the applicants more intriguing.

We are delighted to see that colleges and universities are able to see the benefits of our program.  We are even more delighted to see our graduates being accepted to schools that interest and excite them!  All we can ask now is that they recruit some great counselors from their new friends!