We have only 3 more nights in the campervan and only 5 days remaining in our grand adventure.

And I feel somewhat low of wit or insight.  Here is the resulting update.

I can tell you that we stayed near a beach last night and watched part of Lord of the Rings (since we have seen so much of the scenery lately). I can also report that we walked within 2 feet of a very tall (and extremely mellow) penguin that understood that we were no threat to him. 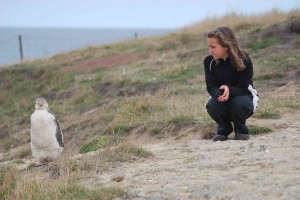 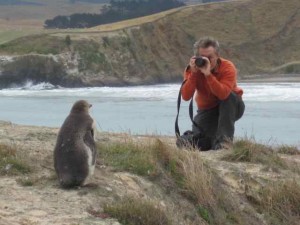 Last night, Susie and I celebrated our wedding anniversary 5 months late. Our efforts to celebrate in Europe consistently met with failure. Either we could not get into a particular restaurant or we were not comfortable with the place where the children were staying enough to leave them. Last night, it all worked out. We came to a quite famous fresh fish restaurant called Fleurs run by an eccentric restaurateur who was delightful to meet. The kids? They got to eat whatever they wanted in the campervan that was parked in the lot next to the restaurant. 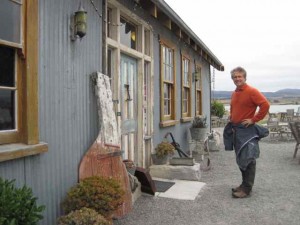 The meal was exquisite, but I think we enjoyed being adults and meeting Fleur just as much. We swapped stories about children. We talked about giving children independence. She agreed. In fact, we realize that she was on the opposite extreme of supervision from most Americans (and way beyond us as well). She talked about leaving here boys to fend for themselves for entire days from a young age. Her reward? “One day I came home and they had tattooed each other.”

I have no story that is a match for that.

After we ate, but before we left, we recreated a picture we took 3 years ago.

I think it is fair to tell you that the kids hate recreating photos.  Here is Liam sharing his enthusiasm. 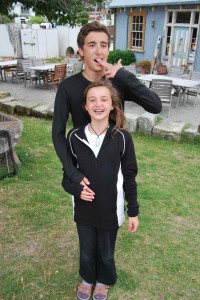 This morning, we went to the unique Moeraki Boulders. These huge stones (roughly 4-6 feet in diameter) form almost perfect spheres and perch starkly atop an otherwise smooth sandy beach. It looks like the gods were playing a game of marbles and simply left their toys on the beach.

Here are shots from that visit. 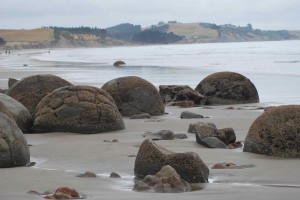 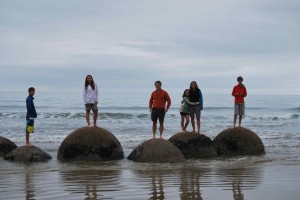 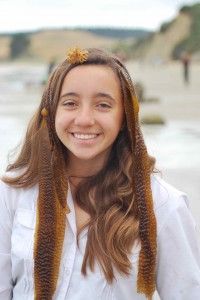