Peeking at the Penguin

The English all settled in Christchurch, the most northerly of the three major South Island cities.  The Scots settled in Dunedin to the south and the Irish created Incavargill near the southernmost tip. 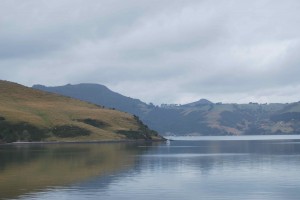 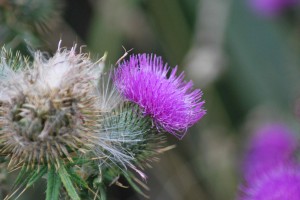 Let me give you an idea how Scottish Dunedin is.  The settlers decided to recreate the street layout of Edinburgh.  Their determination to do so is best seen in the creation of Baldwin Street: the steepest in the world. 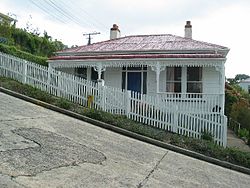 In Edinburgh, there is no hill at the location where Baldwin Street’s counterpart runs.  There is one in Dunedin.  They decided to build anyway.

[Note: we did not visit Baldwin Street this time, having done so each of our two previous trips.  The boys and I even ran up most of the street.  That would not happen today.  Remember be mentioning that we were sore from our Ben Lomond hike yesterday?  That is not a downpayment on today. I have to psyche myself up to stand.]

OK, I think that is enough of a city-planer digression.  I bring you back to the penguins.

The tour was like a bizarre distant relative of our Cu Chi Tunnel tour in Vietnam.  There, we learned about an elaborate system of tunnels and camouflage designed to allow the Viet Com to shoot their prey.  Here, we walked an elaborate system of trench/tunnels all camouflaged so that we could shoot (pictures) our targets. The functional difference was our use of Nikons rather than Kalashnikov rifles. 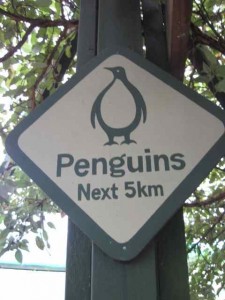 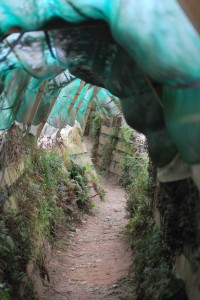 We saw fur seals that were lounging among the rocks on the beach.  They were all adolescent males.  Yep, we found a hangout spot for lazy teenage boys.  I did not have to leave the campervan to see that.  Our favorite was this fellow who is doing his best Fenway (our Basset Hound) imitation. 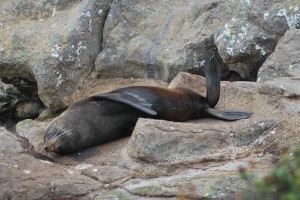 We saw a large molting penguin.  This fellow got himself up to 8 KG (17.6 lbs) so that he can spend a month shedding his feathers.  Clearly, this is not mating season - you cannot get a date looking like this. 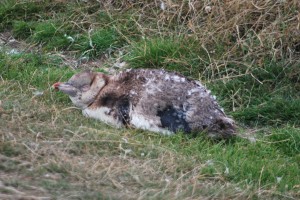 We also got pretty close to several, including this affectionate pair. 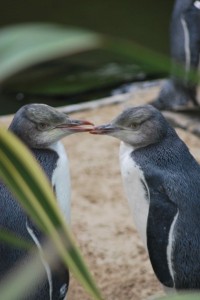 We were sad to learn that the population of this colony is down 70% in the last 15 and the overall Otago Peninsula has seen a 40-45% drop in the same time.  Overfishing has wiped out the squid population and thinned out the cod as well.  As these creatures are the penguins’ food, their reduction reduces the bird population.  The Sea Lions have experienced a similar drop.  We were all disheartened by this news.

I am also disheartened by the fact that I am finishing this blog, thereby forcing me to stand on these failing legs.