I have so much I would like to share, but this should be a short blog.  I plan to share the early morning part of the day and add the latter part tomorrow as we watch the NCAA Championship game.  We might be in a third world nation, but the great games are still available.

I also must face the fact that I woke at 5 AM to watch the sunrise over Angkor Wat (the largest religious facility in the world). I can report that the sun rises just the same way in Cambodia as it does in Texas, with one notable exception - we generally do not have this many people chronicling the event: 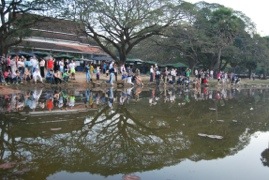 OK, Texas also lacks this gem, the reason that we woke so early. 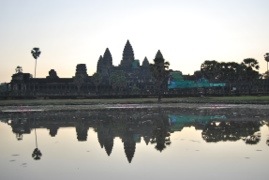 We had some nice shots of the family: 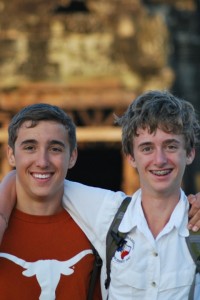 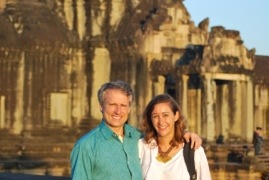 And we got some nice shots of the site: 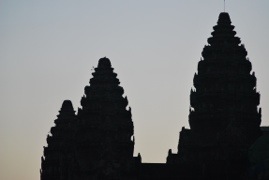 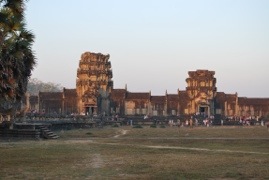 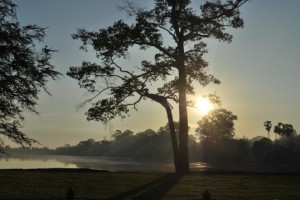 Tomorrow (later today for you), I will tell you more about our 4 temple long day!