We are in Vietnam now.

Wow.  It is crazy.  I want to go straight into it.

But, Susie points out that I have missed a few fun items from Cambodia.  Here there are.

I always wondered if you can truly swing on vines like Tarzan.  Apparently, you can. 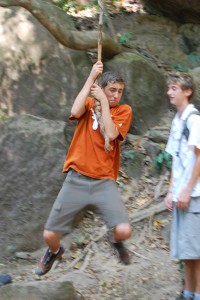 Swimming in the Mud

We left one of the temples to see three young boys strip and dive into water that was incredibly muddy and unappealing. Yet, they did not mind.  I loved their effusion and joy. 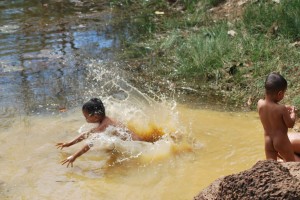 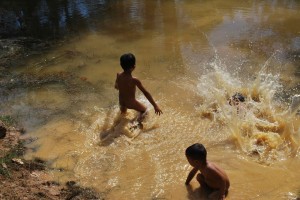 Our Final Bar B Q

The Cambodians do not have great food.  They, however, have one type of cooking that they are known for - Khmer Bar B Q.  It is similar to the type of cooking we enjoyed in Laos.  The one exception is their additional creativity.  They do not feel limited to conventional foods.  Nope.  They are willing to experiment.

Here is a sampling. 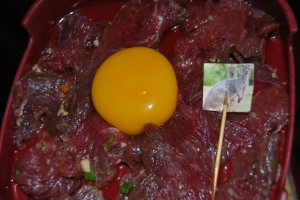 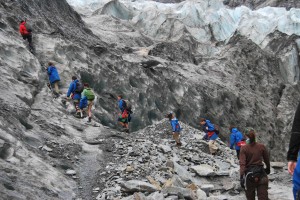 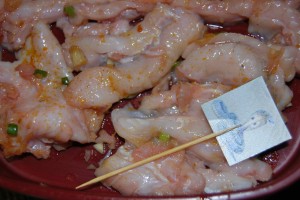 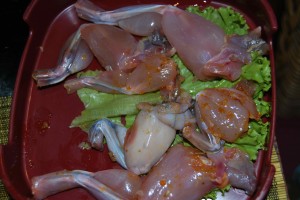 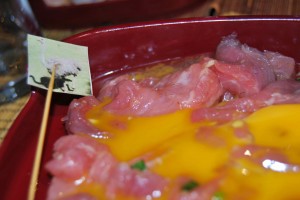 The kids were great sports, though Virginia drew the line on the frog’s legs.  While everyone tried them, there were moments of hesitation. 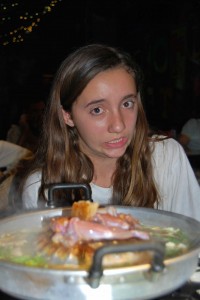 I will conclude with two quick pics. 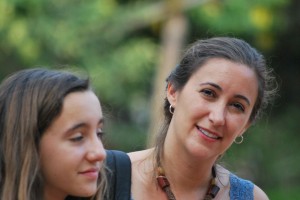 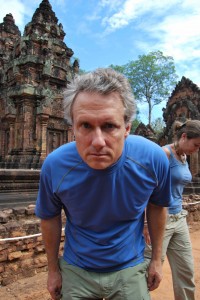 People told me about the roads in Vietnam -warned me, actually.

This advice came from friends and strangers.  Even a vender in Northern Thailand gave us advice.

“When you walk, walk single file.  Keep arms in close to your side.  In close, understand?  Oh, and wear your backpacks on your front.”

“When you cross the street, do not make eye contact, but do not hesitate.  Just walk across the street.  The bikes and motorcycles should go around you.”  [Note: while I do not have any problem with the word “should”, I hate to hear it used in this sentence.]

“Do not let your camera bags hang loosely - passing cyclists might grab them or purses to steal from you.”

You would think that this environment would be awful.  We found it invigorating, and strange.

A 20-something guy slapped Wiley on his rear (worry not, I have no photo of this).

We saw a fight outside a supermarket between a 30-something guy and 50-something woman.  He was deeply angry at some indeterminate indignity.  When I say “mad”, I mean “attract a crowd of 20 people and scream at the top of your lungs mad”.  No, more than that.  It was “kick the older woman, take off his safety helmet and swing it at her” mad.  It was bizarre.  While people restrained him, they did not rush to her aid, leading us to suspect that she did, in fact, do something that merited some anger.  He stepped back, called the police and paced furiously while waiting for the authorities.  I wish I could report the result, but the police took them away and we did not see them again.

We went to a tailor to get suits for the boys.  They make custom suits with good cloth at a deep discount to anything I have seen in the states.

Finally, we needed to find a particular seamstress to help us with a robe we bought in Chiang Mai.  This robe is a Daoist shaman robe that is hundreds of years old with some clear sewing issues.  The nice man who sold it gave us a card for a woman here in Hanoi.

Hanoi is a confusing city with streets writing in Vietnamese.  It is hard to locate.

Even harder when the card is out-dated.  Yep.  She had moved.  We found ourselves walking the streets, showing the old card to anyone we could think of.  Of course, we had her name written in English.

We were walking in a city of 2.4 million asking for Thanh.

When the Spanish came to South America, they were searching for Coronado - the fabled City of Gold.  They would ask the indigenous people to directions.  They first people to answer would say “There is no gold”.  The Spanish, absolutely certain that Coronado was there, would then slay those that refused to tell them the location.  The people were no fools.  After seeing several people get killed, they developed alternative strategies.  The most successful strategy?  “Gringo Pinball.”  They would point to the horizon and declare “the gold is over there!”

We are not Spanish.  We were not looking for gold.  But we got our share of Gringo Pinball.

I must say that I admired the tenacity (and patience) of the team.   We finally found her, only to have her say “I have no time”.

We were crestfallen, so we pleaded.  She agreed to see the robe.

This is not a sentence I was at all comfortable with.  My wife (educated at Michigan and Kellogg/knowledgeable in medicine, psychology and accounting) was now assumed to be a seamstress.

After hesitating, I suggested that perhaps this was something that required a professional.  She did the work and I avoided sounding like a sexist - success!!