This is a bonus blog that stems from our fascination with Antoni Gaudi, Barcelona’s most famous architect.  I mentioned him in previous blogs.  He is the turn of the century genius who made buildings that are fanciful and organic.  He was obsessed with nature and used forms that he found there in his work.  He was also a structural engineer.  Since many of his plans involved unconventional weight loads and odd designs, he needed to understand what supports would actually work.

One of his techniques is simply ingenious.  Nature provides great hints about strong shapes.  One technique of designing arches is called the “chain” method.  The idea here is that a chain that is tied at 2 ends and unsupported in the middle will sag to form a parabola that (if turned upside-down) would be a perfect arch.  Gaudi would take this idea to the extreme.  He would create an upside-down string model of his building.  He would then hang weights from the strings that would simulate the weight they columns would need to bear.  The resulting shape - when looked at through a mirror - would provide the idea shapes of arches and other supports.

Here is one from a mid-sized church: 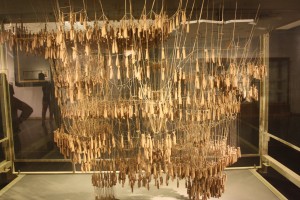 Yet his greatest gift was not his structural skills, but his imagination.  As I said before, he loved nature.  Here is a playful salamander in a public park (we showed the kids next to it a few days ago). 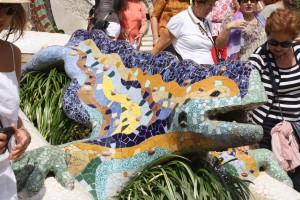 Here are three from his (still unfinished) masterpiece - the Sangrada Familia church.  He worked on this for 43 years and did so exclusively for 14.  A devout Catholic, he wanted to create the ultimate church.  When finished, this will probably be considered thus.  Within the details of the church are tons of allusions to nature. 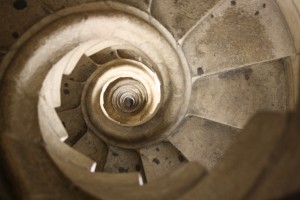 The church will ultimately have 33 spires!  The shorter ones are tops with fruit to symbolize the “fruits of the spirit”. 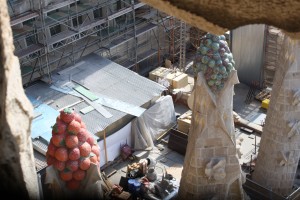 Finally, he wanted the interior of the church to feel like a forest.  The columns split like trees and the capitals are made to look like knots in trees.  The vaults resemble palm fronds.  The effect is airy and powerful.

Here are two shots from the two completed entries to the church.  The first was finished in Gaudi’s lifetime.  It is called the “Nativity Facade” and shows scenes from Jesus’ birth and early life. 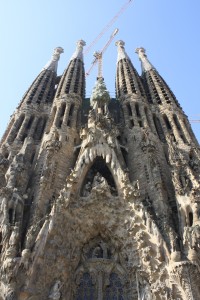 The opposite side (the Passion Facade) was completed in the last 20 years and is based on notes and rough drawings that Gaudi had left.  His workshop had burned during the 1936 Spanish Civil War and much was lost.  Having said that, Gaudi wanted subsequent generations to put their inspiration into the work.  The artist who designed the Passion Facade went with a stark and simple lines to contrast with the lively and flowing aspect of the Nativity Facade since the content was so much more severe (the Passion rather than the Nativity). 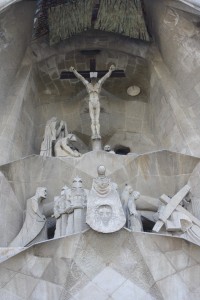 Rick Steves - the exceptional European travel writer - says that if there is one building in the world that he would love to see, it is the Sangrada Familia finished.  It should be done around 2030.  My initial impression was disbelief - how could it possibly take so long.  Having been there, I now get it.  They still need to add 6 towers - all taller than any erected to date.  The tallest will be 1.5 football fields high!

But he did other works as well.  I will share the facades of two.  The first was a condominium. 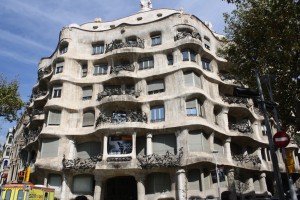 The second was a private home. 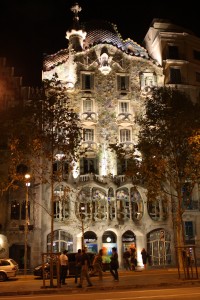 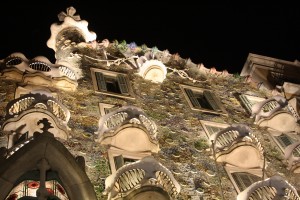 The final two are small structures.  This is the ceiling of a tiny room (perhaps 75 square feet), but incredibly elegant. 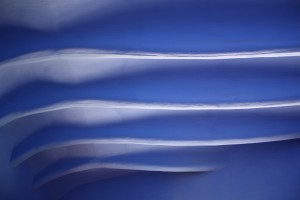 Finally, here is a school-house that he built for the children of the workers at Sangrada Familia. In addition to looking like a wave, its structure made it incredibly strong and enabled him to use walls roughly half the width normally used. 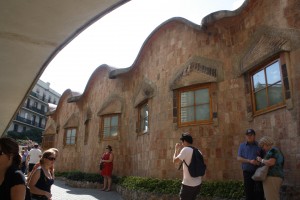 As a final testimony to his work, I share this shot.  Let me start by saying that I am more interested in architecture than the kids.  In fact, I am not interested in architecture than most people I know.  As a result, if I go looking at buildings, everyone else gets their fill before I do.  We were in Sangrada Familia for 3+ hours. Yet here is how the boys looked at the end of the tour (bathed in light form the stained glass windows).  By the way, they hate getting their pictures taken under any circumstances.  To see them this happy after a long tour of a church says a lot about the interest that it generates. 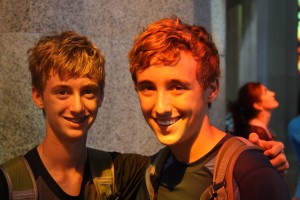 Now if someone can tell me where to get a salamander, I would appreciate it!