After we rested and had the last of our Swedish snacks, we ventured out.  Having read several “Things to Do in Copenhagen” lists, we knew that Tivoli Gardens is a “must see”.  Europe’s oldest amusement park, Tivoli Gardens is a mere 3 blocks from our apartment.  We knew that we would not go tonight, but we wanted to scope out the area and this seemed like a good direction to go. 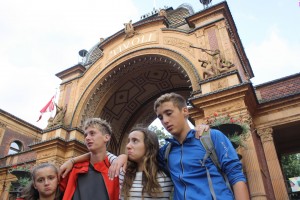 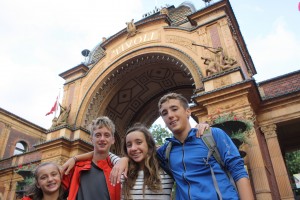 I am at a loss to describe the following events.  I will attempt to do so nonetheless.

The lighting was transcendent.  The architecture propelled me to the 18th Century. 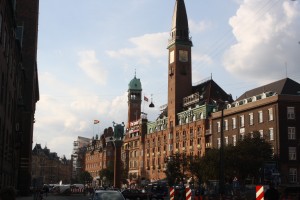 The massive array of bicycles overwhelmed us. 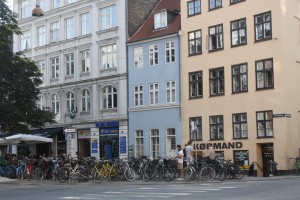 We noted the majestic chime of the city’s grand clocks, from both churches and city buildings.

And we heard music pounding from a distance.  Since the sounds were reflecting off the massive brick facades, we were initially unable to ascertain their origin.  We chose to stroll to Tivoli unless something else grabbed our attention.

Our attention was most certainly grabbed.

As we approached the park, we came upon a square which was undoubtedly the source of the bass heavy music.  We had been noticing also the throngs of people heading toward the concert/festival. 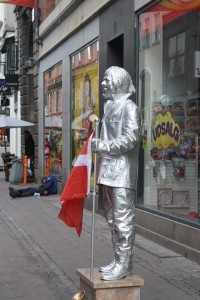 I have lived in New York, London and Boston.  Susie grew up in Boston and lived in Chicago.  I share this less for biographical reasons than to state that we are not easily rattled. In fact, I suspect that little of what followed would have bothered us much had we been sans children.

Yet we had all four in tow.  It was a robust GLBT celebration.  In fact, a quick Internet search later revealed that this gathering was the largest of its kind in Denmark (or Scandinavia).

Susie and I briefly conferred and came to the following conclusion:

With all of this reasoning in mind, We decided to walk through the event.  We said things like “these people have made decisions different from the ones mommy and daddy have made, but they still deserve respect.”  We also said “please do not touch that person, I think he is passed out” and “I smell it too sweetheart,  I am not a fan” and “no, I do not think anyone should wear that outfit either - ever”.

In an odd way, it was a special family experience.  We talked about topics that parents want to broach with their children, but rarely have an intro into.  Suddenly they wanted to know what we thought about a wealth of difficult topics that we wanted to talk about (drugs, monogamy, modesty, etc) – but THEY were asking US.  That means that they would listen to our answers if we shared them.

We then took this opportunity to the next level.  We smiled at them and said “you don’t really care what we think do you?”

Admittedly, this was a touch cutesy. Of course, we were DYING to have them hear our views.  But what better way than to seemingly withhold them?

We had great conversations tonight.  I think we grew even closer.  We also had fun.  I know that our children are less likely to be intimidated by odd situations.  Oh, I think none of our children will ever dress like this guy. 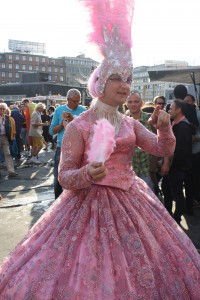