Thinking about the Challenge Ahead

We are in Beijing.  We arrived late (9PM) and only had time to eat dinner and go to bed.  Jet lag, an expected visitor, has greeted me this morning and led me to the lobby of the Happy Dragon Hostel. Here is the reception desk at 5:30AM. 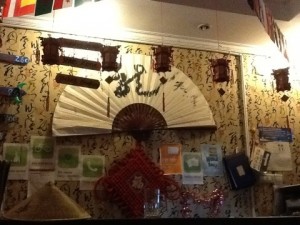 Please note the fact that there is still a leftover beer stein on the desk from last night.  This 46 year-old is clearly on a different schedule from the German and American revelers from the night before. The signs encourage the guests to stop being loud at 11:30 PM.  I contrast this to Susie, who loves her early bedtimes and has earned the nickname “Snoozie”.  No one kept us up last night however, so we are co-existing with the 20-something crowd so far.

Since I am up, but do not really have much to report, I want to share one additional pre-adventure blog.  The flight and the first evening in Beijing have provided much free time for thought.  Admittedly, this (thinking) might not always be a great idea, but I have enjoyed ruminating over the comparison between Europe and Asia.

I am also interested in the vastly different nature of our challenge ahead.

Europe was a museum.  It was like visiting Epcot in Disneyworld, familiar and comfortable.  Certainly, we had our challenges on the highways of Hungary and Italy.  We got separated a few times.  While we were never really lost, we experienced some “spatial confusion” at times.

Asia will certainly be different.

From the outset, the visa and compliance requirements were more rigorous.  We required 2 separate series of immunizations injections. I voluntarily ingested Typhoid 4 times!

When packing, we found ourselves adding items never seen in our previous trip.  Some were health related like including mosquito nets, first aid kids, rehydration salts and malaria pills.  Others were related to security: whistles, walkie-talkies, pad-locks for luggage, door locks for hostels and a special knife-proof backpack for our computers and other valuables.

We are also armed with anecdotes about theft.  One friend had a travel buddy who found that an intruder took items from his room via an open balcony – on the sixth floor. Note, this was in Vietnam where theft is a real issue. Most places we go will have less crime than Europe, but it is still a little unnerving when you are traveling with a full crew.

The language will be absolutely foreign in a way Europe never was.  Among us, we have some rudimentary German, Spanish, French and Italian. Even more importantly, virtually everyone in Europe spoke English (except in France), so the language gap was a small one.  In contrast, the Chinese speak little English.  Those individuals who do speak English (like the flight attendants) do so with inflections and accents that require multiple repetitions even when the potential array of conversational content is limited.  Here is an example:

Flight Attendant: “How is your entertainment system?”

Me: “No thanks, I already have had enough to eat.”

This adventure may prove to be a test of my appetite for uncertainty.  At the very least, it will stretch it.  I have done relatively well in the past with uncertainty.  It is a good attribute if you are a camp director, but we all have limits.

Each of us operates within a particular range of variation and uncertainty.  Some variations we are comfortable with, like weather changes, unexpected phone calls and mild sickness.  Other variations are harder to roll with, like jury summons, major car repairs and losing seasons for the Texas Longhorns. [Note: this final example is more for my older brother than for most people.  I think he went into mourning last season.]

Some variations truly confuse us and rock our word.  Here I think of disasters like the 9/11 invasion and the Haiti earthquake.  Other examples simply freeze the brain, like the Justin Beiber phenomenon.

As I alluded to above, as a camp professional, I have a higher-than-normal capacity for chaos. Camp helps cultivate this capacity.  Events planned months in advance change with a sudden thunderstorm; campers get homesick; cabins of teenaged girls manufacture drama.  The successful (or at least sane) camp director must learn to bring a font of flexibility to each day - an air of zen.  Rigidity is the enemy, adaptability the key.

In fact, one of the annual challenges is to convert from the planning (proactive) mode required for the pre-Summer preparations, and the reactive mode of the summer.  Here is a sample: “Steve Sir, there is a porcupine under the dock.” (True story). I assure you that no class at Davidson or Harvard covered that one.

Travel requires both modes (proactive and reactive) simultaneously.  We wake each day with a plan with areas to discover and sites to visit.  Then we walk out the door and begin to adapt.  In Prague, we changed plans for two days as Susie fell ill.  As a family, we have learned to create a list of potential sights and experiences and then allow ourselves to “play it by ear” as we assessed our energy levels, the weather and familial harmony.

Once again, in Europe, this was all in the context of known variables. Languages were familiar, English common, foods recognizable. Heck, we drove a Volvo around. I am not sure what we will find on this junket.

I did some individual travel in college to places where governments were stringent and languages unfamiliar. Hungary was a very different place in 1986. Yugoslavia (remember when they were a unified country?) was also an adventure.  As a nation, they are generally known for giving us the Yugo, General Tito and ugly ethnic fighting. Not a great track record. But I was 20 and bullet-proof.

Now I am a dad and am responsible for more than just myself. Having others dependent on me raises the stakes. Uncertainty can become a little less fun.

We loved Europe.  Now we will embrace the orient, with it’s exotic variations from our norm.

I have chosen to see this trip as an opportunity to grow in my flexibility and adaptability.  More importantly, I see it as an opportunity to model these attributes for my children.  I suspect that few skills will be as valuable for them in a world characterized by constant change, global competition and frequent adaptations.

PS  Virginia joined me as the son rose on the Happy Dragon.  Here are a couple pictures of our Beijing home. 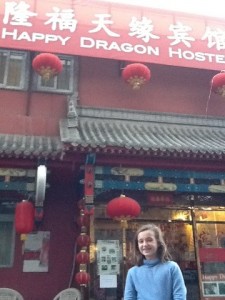 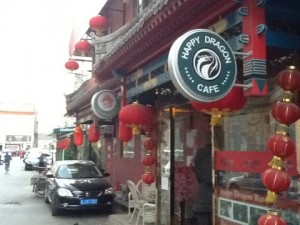