Cooking Class and the 5 C's

Today, we enjoyed Day 2 of our epicurean adventure (thanks to the Silver Fox, my mom).

Today we would do more than just eating great Chinese food, we would also learn to cook some.

Kyle (our guide) picked us up around noon and we went to meet Chef Mike, a native of Shanghai with great English skills and even greater culinary skills.

[Note: if any of you ever plan to come to Shanghai, we would strongly recommend Kyle and his authentic Chinese eating expeditions.  Please let us know if you are going and we will share his information.]

He said that that the modern Chinese bathe more, but still visit the market regularly to get the freshest ingredients.

We went to the “wet market” to get the supplies for the 3 dishes we would prepare:

The wet market is thus named because the produce is often sprayed with water and because the fish often splash water on the floor.  This is a seriously fresh market.  Live chickens and pigeons await your selection.  Fresh water and seawater creatures swim about. Some even attempt the occasional jailbreak, with shrimp and carp jumping out of their storage trays while we were there.   We saw frogs, turtles, lizards and a few animals I did not actually recognize.

The Chinese have a saying:

“We will eat anything with 4 legs except a table,

Anything that flies except an airplane

Anything from the water except a cruise ship”

The market supports this statement.  Here are some images from the wet market. 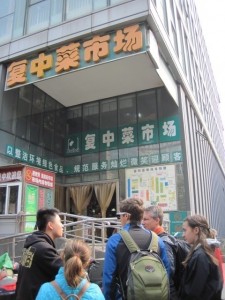 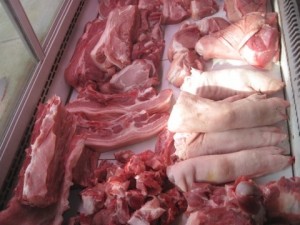 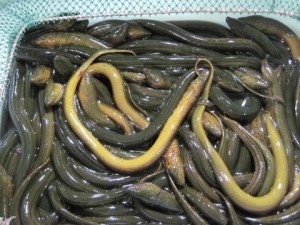 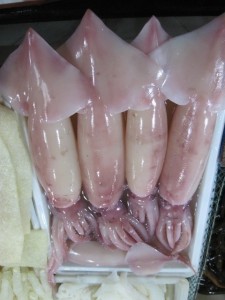 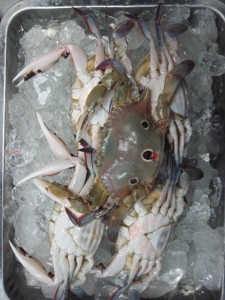 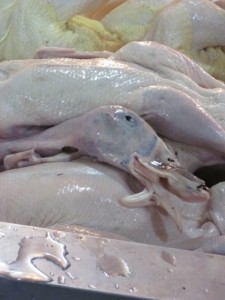 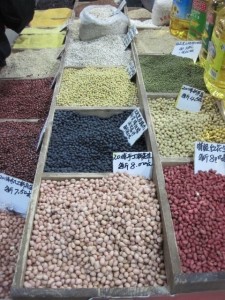 After we shopped, we headed back to Chef Mike’s workshop, donned aprons and learned how to cook our dishes.  We learned a few knife techniques and a bit about Chinese flavor theory.  We created marinades, steamed in bamboo steamers, cooked in woks and had a miniature chef competition (Terrill and I won the clam dish, Susie and Virginia the steak dish - Liam and Wiley were OK without a victory as long as they could eat). 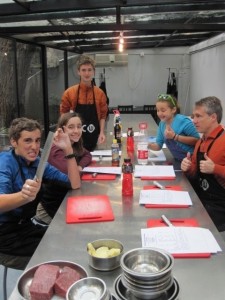 Here is the clam dish: 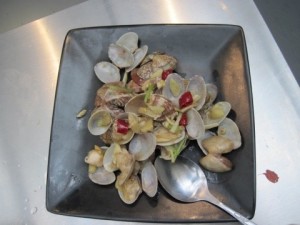 Here is the Sea Cucumber dish: 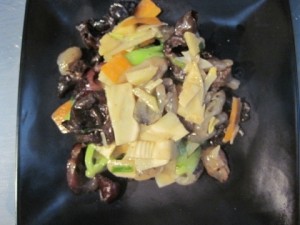 I had the chance to visit China in 1986 with a delegation from Midland, Texas that was establishing a “sister-city” relationship with a town in an oil-producing area of China.  The Chinese are naturally enthusiastic hosts, but are particularly excited when they are hoping to improve their technologies.  As a result, we had a 30-course meal every other night.  At each one, our hosts would proudly unveil a huge bowl of Sea Cucumbers.

Can you appreciate the tasteful presentation of this dish?  I can too.

We saw nothing like it in 1986.  They simply steamed or boiled the sea cucumbers for us.  They were not butterflied or cut (as they are here).  Nope, they were simply there in all their slugness.

Of course, they are a great delicacy.  [Note: “delicacy” is a French word that roughly translates to “you do not really want to know what you are eating”.]  Our 1986 Midland group was lacking in adventurous eaters.  In fact, we had a few that thought that experimental eating was having swiss cheese on the cheeseburger rather than American cheese.

I became one of three designated slug-eaters.  This made me deeply popular with our hosts,leading several of them to award me with a chicken head.  Yep, that was the reward.

Here is the happy group as we left. 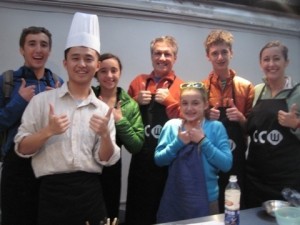 But we are not the only ones that are given the world the double “thumbs up”.  No, we would find a character with less to celebrate, but just as much elation.

After we left, we went to a convenience store to buy water (a must in China).  As we were there, we came across this snack package.  I am not sure if the product or the spokesman bother me more. 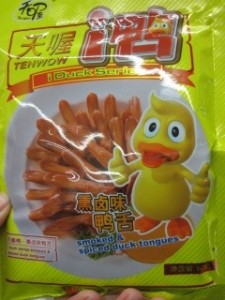 Wiley was amused by the brand name of this product: the iDuck series!  Wow, the Apple Corporation is going crazy in China, first the iPhone 5 and now the iDuck tongue series!

On the way home, we came across a photo shoot of a couple with the woman wearing a dress that can only be described as ‘peep inspired’.  Virginia was still wearing her chef hat (she took it off for this shot) and I was in shorts.  Susie was looking lovely and we were smiling a lot.  The photographer called us over and took a dozen shots of our family with the two oddly adorned models.  Here is a shot we asked that he take with our camera. 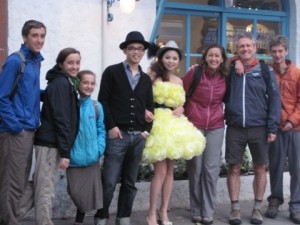 One last comment.  When we were with Chef Mike, he explained what the typical Shanghai woman looks for in a man.  It is worth noting that the China “one family, one child” policy has resulted in slightly more men than women over the past 20 years or so (it is a sad subject to explain in detail - just take my word for it).  As a result, it is a “buyer’s market” for the Chinese women.  To improve the chances of finding a mate, a guy needs the “5 C’s”:

After hearing this, my children took the next 10 minutes to discuss how many of the “C’s” I had.  I am sad to reveal that they think I have fewer than either Susie or I do (2-3 vs 4).  Ouch.  I insisted that “Camp” is better than “Condo”, but Wiley would not budge.