This was our next to last sightseeing day.

Five of us have a low-grade cold.

We have learned all the little ways to annoy each other. 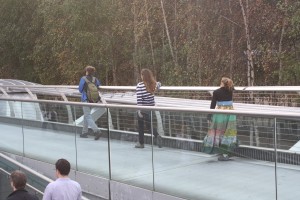 This is not the ideal travel scenario.

Since we know that this leg of travel will soon end, the kids are allowing their slight annoyances to blossom into real aggravations. Susie and I feel as if we are perpetually spouting corrective directives. “Boys, stop pushing each other!” “Virginia, you cannot yell at Liam for reading over your shoulder.” “Terrill, let your sister finish her comment.”

The optimist in me is happy that they have proven the ability to get along so well for so long. He (the optimist) celebrates the maturity and collegiality they exhibited for 7.5 weeks. He, however, is also tired and has a slight cold, so he is a bit worn down too.

We walked a lot today and saw quintessential British things: the London School of Economics (where I spent my Junior year), Twinigs Tea Store, the Royal Courts, St Paul’s Cathedral, and Shakespeare’s Globe. We had lunch at the pub that Charles Dickens and Samuel Johnson frequented (“rebuilt in 1667”).

We also visited the Tate Modern Gallery and saw a spectacular play.

The Tate was a good time. It is all modern art, so we walked around trying to make sense of most of it. The visit, however, was worth it for no other reason than to hear Wiley’s running commentary. My favorite was when we saw a massive 25 foot tall steel sculpture hung from the ceiling and Wiley drily quipped, “That’s where I left it!” 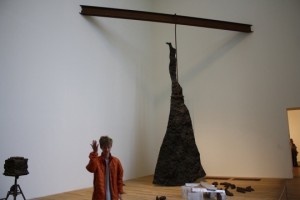 After the Tate, we headed to a quick dinner and the play “War Horse”. The play was theater at its best. The horse was a horse-sized puppet that was run by 3 actors so skilled that you forgot they were there and almost believed that real horse was on stage. The story was one about love, faith, devotion and commitment. At least three of our crew was teary-eyed at the end.

Before I sign off, I want to tip my hat to London. Look at this plague in the ground. 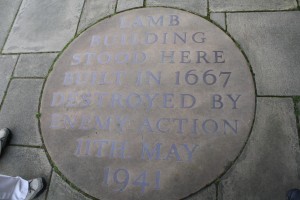 This plague commemorates the Lamb building that was destroyed in the London bombings of 1941.  Hitler bombed London almost non-stop for about a year between mid 1940 and 1941.  Londoners often ran to sleep in the subway at an improvised bomb shelter.  The initial bombings (the Battle of Britain) were designed to prepare England for a land invasion.  The Royal Air Force was greatly outmanned, but they had a fast plane design (the Spitfire) and a new bit of technology (radar).  They could figure out where the Germans were coming from and then send their rapid planes to shoot down the German bombers.  THe Brits shot down 1700 planes, but London still received a massive amount of bombs.

Back to our plaque.  The building that fell in the war was built in 1666.  Why then?  The Great Fire happened that year.  Destroying most of the city, the fire cleared most of the houses (13,200), churches (88) and businesses in less than a week.   It destroyed the homes of 70,000 of the central city’s 80,000 people. Eyewitnesses said that it was so hot that molten lead flowed in the streets.  But wait, there’s more.  The previous year, London lost 70,000 (1 in 6) to bubonic plague. This city has taken some real body blows – plague, fire, bombings, British food, the Spice Girls – and has remained strong.