Dinner at the Hills

In the spirit of honesty, I will tell you that the Baskin Clan is flagging a bit.  We have been seeing a lot everyday.  All the travel and late nights caught up with us yesterday afternoon.  We walked a ton (no surprise).

We saw a vertical garden. 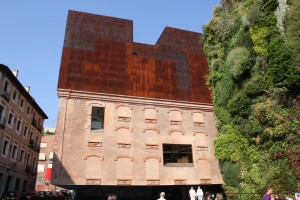 We saw “Kilometer Zero”, the center of Spain.

Apparently, Spider-Man has let himself go after eating too much paella. 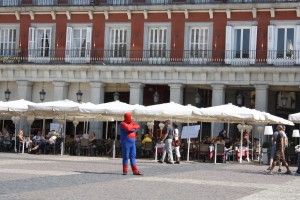 We strolled through Plaza Major. 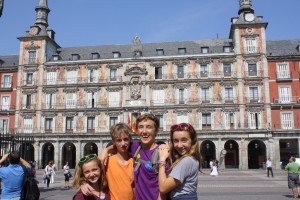 We appreciated some history.

We saw the Royal Palace. 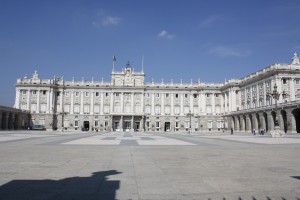 And an Egyptian Temple (a gift from Eqypt after Spain helped them recover ruins as the waters rose from the Aswan Dam).  While we were near this temple, we had a bit of a shock for a simple family from Texas.  We were watching a juggler when we noticed a bunch of guys looking past us and not at the juggler.  It was a beautiful clear, hot afternoon.   A couple of 20-something tourists had decided to catch rays in the park - by stripping to their not-so-abundant underwear. As we turned to see what the guys were looking at, one of them stands and reaches down to pick something up.  Her method of retrieval?  She stands straight and bends at the waist without bending her knees.  Wiley and Liam had an odd look, a mixture of embarrassment and rapture.  The whole scenario was if a Freshman fraternity student was directing a movie with the girls in it.  By the way.  I did not take any pictures of the Scandivanians, but I did get the temple! 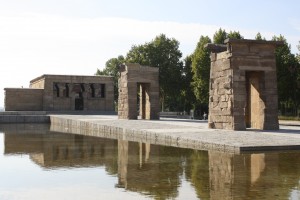 Our lecture series on Great Literature talked about the importance of Cervantes’ “Don Quixote”.  We really enjoyed that lecture, so we all loved seeing a statue of Don Quixote with Sancho Panza.  In this picture, they are joined by four other knights and ladies. 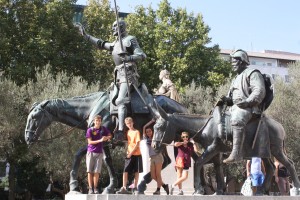 We saw some cool buildings. 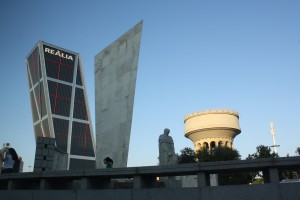 And we spent time in Retiro Park - Madrid’s answer to Central Park in New York. 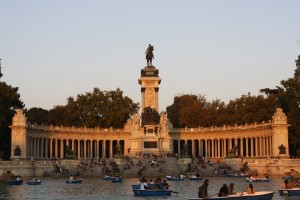 We ended the night perfectly!  As I said yesterday, we have dear friends that live in Madrid that also have 2 boys, 2 girls with a pair of twins in the mix.  Last night, we had a wonderful evening with them.  As other parents know, it is a special joy when you love people AND your children get along.  Last night, the boys and Terrill loved their boys and Virginia was in heaven with their twins.  We stayed until almost midnight.  What a joy.  Here are a couple of photos. 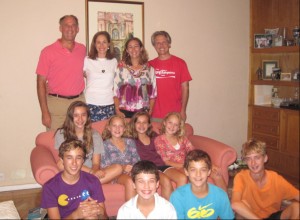 Tomorrow is Paris.  We leave at 6AM, but are excited to see the City of Lights.