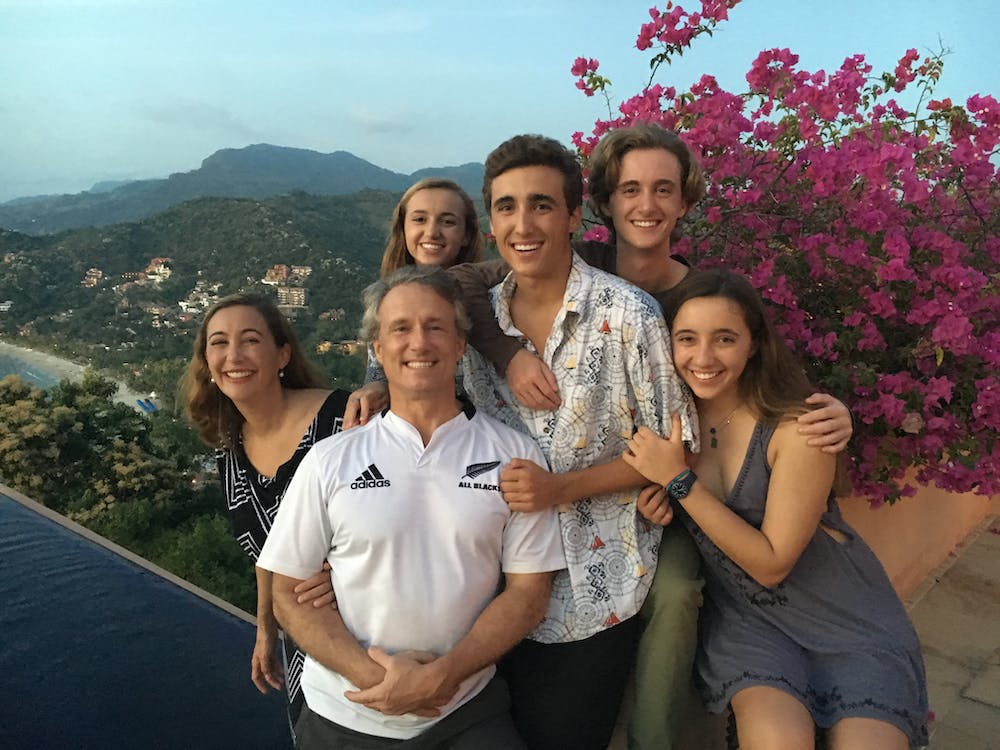 I would like to share a story about our first experience sending our own children to camp 18 years ago.  Like many of you, Steve Sir and I would pore through the photos to catch a glimpse of their camp experiences.  (A quick note of explanation, Steve Sir and I made a point to avoid interacting with our children while they were at camp).

As I looked through the photos that first summer, a small revelation hit me.  It was a revelation that hurt my feelings a bit at first, but then pleased me deeply.  Here it is:

My kids needed me slightly less than I thought, AND…

I needed them slightly more.

For years, camp parents had said things like this to us, but that summer we saw it for ourselves.  I had begun to believe that MY kids needed MY help – maybe not 24 hours a day, but certainly when they skinned their knee or encountered challenges.

Just to disprove this belief, both of our campers went to the infirmary in their first week that summer (one was slightly ill and the other caught a football with his nose).  Let me repeat, they went to the infirmary without even a suggestion of going home or searching out Mom and Dad for comfort. We only found out about their visits later (and not from them).

Once I got past the slight twinge of realization that they could indeed function without me more than I thought, I was encouraged – wonderfully encouraged. We are just now sending our fourth and final child to college, and it is so much fun to see them flourish away from home.  We have enjoyed the process of watching them migrate from dependence to self-sufficiency.  They are not 100% there, but we can see the finish line.

For the most part, camp is hardest on the moms.  I sometimes envision mothering as a cord connecting mother and child.  In utero, a baby’s very survival is dependent on this cord.  At birth, the physical cord is replaced by an emotional cord that is equally important for a child’s development.  Our responsibility as parents is to let that string out little by little; not so soon that they might become directionless in its slack. but not so slow that the child would be horizontal with the effort of pulling away.  That summer, I felt a mighty tug on that string as my children strove to take on new challenges and develop into independent individuals.  I cherish the connection with my children and find the tug oddly reassuring as it reminds me that connection is still there.  But in my heart I know it is time to once again let that string out and give them some more room to grow.

Now our kiddos are essentially adults (3 graduated college and have jobs while the youngest is a rising Junior in college).  In addition to attending Camp Champions, they attended camps out of state (Wiley a 7-week camp in New Hampshire, Liam a 4-week camp in Minnesota and the girls a 5-week camp in North Carolina).  All four traveled alone in Europe before college, with Terrill even living in Spain for 3 months.  I know many factors contributed to their development, but I know that camp was a huge part as it helped nurture their resilience and independence.  We are two years from the empty nest.  It is odd to think we are at the end of our parenting journey.  [Note: of course, we will always be “their parents,” but the role of protecting and preparing them is winding down quickly.]

When Liam and Terrill started at the University of Texas, they received a pre-orientation packet.  Upon opening it, they found a “Parent Handbook” that was designed for us.  “What in the world is that for?” Liam asked.  “You two have already been to college.  This is my adventure.”  We were pretty happy with that response, even if it made us a little sad.

When the boys were 4, we taught them to ride bikes.  I ran by Liam as he finally found his balance.  “Let go mommy - I don’t need you anymore.”  When he said those words, I froze and felt a brief sadness.  I still wanted to be needed.  Now, I am OK knowing I am loved, but not needed.  I am happy to let them have their adult experiences with Steve Sir and me simply serving as admirers.

A parent cannot ask for more than that!